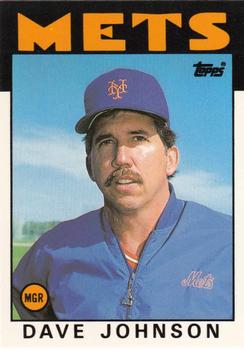 Rodney Dangerfield is credited with saying, “I went to a fight the other night, and a hockey game broke out.”1 If we replace hockey with baseball, we could get an idea of what happened in Cincinnati on July 22, 1986. In what he termed “the strangest game I’ve ever been in,”2 New York Mets manager Davey Johnson piloted his team to a 6-3 victory over the Cincinnati Reds before 23,707 fans, in a game that included a bench-clearing brawl, several ejections, and two Mets pitchers playing musical chairs. Johnson juggled his players on a carousel trying to cover positions and pitch to Reds batters. The slugfest actually had a few long fly balls, including a Howard Johnson home run with two aboard in the top of the 14th for the win.

Bob Ojeda took to the mound for the visiting Mets, with Scott Terry as the Reds’ starting pitcher. Each team had two hits but no runs through the first two innings. In the bottom of the third, Terry helped his own cause and singled to left. He moved to second on a sacrifice. With two outs, Dave Parker crushed his 21st home run of the season, giving Cincinnati a 2-0 lead. Rafael Santana led off New York’s half of the fifth inning with a walk. Ojeda tried to sacrifice him to second, but first baseman Tony Perez fielded the bunt and gunned down Santana at second, putting the Mets pitcher on at first. Lenny Dykstra tripled to the gap in right-center and Ojeda scored. Wally Backman hit a grounder to second and Cincinnati’s Ron Oester threw home, nailing Dykstra at the plate and preserving the 2-1 lead. In the bottom half of the fifth, Kal Daniels pinch-hit for Terry and singled up the middle, but he was picked off at first by Ojeda. That proved to be a crucial lapse by Daniels because one out later, Buddy Bell connected for his sixth home run of the season, restoring the Reds’ two-run cushion.

In the sixth inning New York’s Darryl Strawberry led off and argued a called third strike with umpire Gerry Davis, who sent the Mets outfielder to the showers. Kevin Mitchell replaced him in right field. Tim Teufel hit for Backman in the seventh, using yet another position player for New York. From the sixth through the ninth, New York used three relievers (Rick Anderson, Randy Myers, and Doug Sisk).

In the top of the ninth, still trailing by two runs, Davey Johnson brought in Howard Johnson as a pinch-hitter for Santana. Johnson struck out, but the ball bounced off the glove of catcher Bo Diaz, and Johnson ran for first base, kicking the ball in the process. Reds pitcher Ron Robinson scooped up the ball and fired to first, but Johnson appeared to be running out of the baseline and the ball hit him in the back. Safe at first. Reds coach Billy DeMars raced out to argue and after some heated exchanges he was ejected by home-plate umpire Davis. Mookie Wilson, who had entered the game as a defensive replacement in the eighth inning, then grounded into a 4-3 double play. New York was down to its final out trailing 3-1. Dykstra worked Robinson for a walk. Teufel doubled to deep center, and Dykstra pulled up at third, playing it safe because his run would not decide anything. Reds skipper Pete Rose then walked to the mound and called for a double switch: He brought in closer John Franco from the bullpen and signaled for Sal Butera to catch for Diaz (the pitcher’s position would be up third in the bottom of the ninth). Franco faced Keith Hernandez, who lifted a fly ball to the warning track in right field. Dave Parker waited under the ball, only to have it pop out of his glove for a two-run error (both runs unearned). The game was suddenly tied, and both teams had to consider extra innings – Five extra innings.

The Mets had two walks and a single in the top of the 10th, but Franco scattered three strikeouts, the last with the bases loaded, to get out of the jam. In the bottom of the inning, Rose pinch-hit himself for Franco, setting up “the main event.”3 He singled off the Mets’ fifth pitcher of the game, Jesse Orosco, and then pulled himself from the game for pinch-runner Eric Davis. Davis stole second, his 46th swipe of the season. On the next pitch, he took off for third and easily beat the throw from catcher Gary Carter for steal number 47. As Davis popped up from his slide, a pushing match began between him and third baseman Ray Knight. Said Knight: “When he elbowed me, I said to him, ‘What’s your problem?’ He said, ‘You pushed me.’ We had hit each other solidly, but I knew he had the base. I’m at peace with myself about it. I don’t like to fight with anybody, but I felt threatened.”4 Words and punches were exchanged and both benches cleared. The brawl delay lasted for 16 minutes.5 Dave Parker told reporters after the game that the fight “was triggered by Knight. He pushed Davis off the base. That’s the second time in this series that it’s happened, and both times it was at third base with him. He was aggressive, and Eric just reacted.”6 Davey Johnson said, “I want to say we show a lot of fight, but that’s not what I mean. We’re hard competitors, but we’re not malicious. We don’t like people to cuss us, and that’s what Davis did. That’s what caused tempers to flare.”7

After the game, instead of “laughing over the lunacy of the game,”8 Mets players resented the fact that George Foster had not left the bench to participate in the brawl. In the sixth inning, Foster had appeared as a pinch-hitter for Bob Ojeda. Manager Johnson decided to use Foster sparingly thereafter (he started only three of the next 14 games) as part of his left-field platoon, and within weeks Foster was no longer with the team, being released on August 7. When the dust settled, and all the gloves and caps were picked up, four players had been ejected (Knight and Mitchell of the Mets and Davis and Mario Soto of the Reds). Cincinnati pitcher Tom Browning came on to run for Davis at third (remember, Davis was safe). Davey Johnson put catcher Gary Carter in at third replacing Knight,9 and Ed Hearn went in to catch, replacing Carter. Johnson also moved Orosco to right field to replace Mitchell, and summoned Roger McDowell to pitch. At this point, there was no one else to play for the Mets. The Mets manager noted, “I’m out of pitchers, and I’m out of extra players.”10 The only players left in the dugout were starting pitchers Dwight Gooden, Ron Darling, and Sid Fernandez. McDowell retired Wade Rowdon on a groundout to second to end the inning and extend the game into the 11th.

In the 11th, Cincinnati’s Tony Perez singled and moved to second on a sacrifice. With two outs, Orosco and McDowell switched positions – Orosco returned to the mound and McDowell replaced him in right field. The strategy succeeded when Orosco struck out the Reds’ Max Venable. In the 12th, after the Reds’ Buddy Bell reached on an infield hit with nobody out, McDowell and Mookie Wilson changed positions; Wilson moving to center field and McDowell to right. After the switch, Orosco gave up another hit, but got out of the inning on a bunt that turned into a double play, and a fly ball.

In the bottom of the 13th McDowell returned to the mound and Orosco went to right field. With one out, Cincinnati’s Perez hit a line drive to right field. Center fielder Dykstra couldn’t reach the ball, so Orosco had to make the play. “I squeezed it so hard, the stuffing could have come out,” he said after the game.11

In the top of the 14th inning, Hearn led off with a double to right center. Right fielder Orosco walked and reliever Ted Power struck out pitcher McDowell, bringing up Howard Johnson, who sent a pitch from Power over the right-field wall for a three-run home run. McDowell then retired the Reds on three groundouts to preserve the win.

In the losing cause, the Reds had left 11 men on base; the Mets had stranded 16 runners. The Mets’ victory increased their lead in the National League East to 14 games, their largest margin of the season to that date.

5 You can watch the action on a YouTube video ( http://youtube.com/watch?v=jQLZaVIXFJM).

9 Carter had brief experience, having played third base in one inning in a 1975 game for the Montreal Expos.