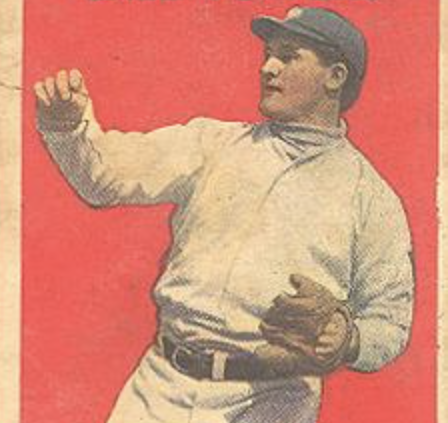 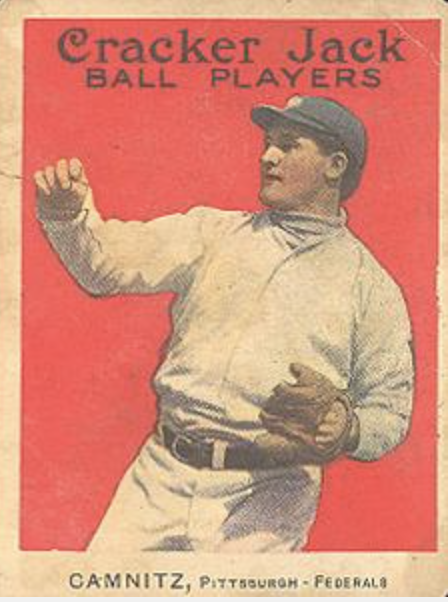 The Pittsburgh Federal League club (known in many newspapers as the Rebels or Pittfeds) was mired in last place as the calendar neared the waning days of July 1914. The promise exhibited by 20,000 fans showing up for the season opener back in April1 led to very little but a subpar record and a 15-game deficit under the leadership of player-manager Rebel Oakes. To be fair to Oakes, he inherited the club near the beginning of the season after the Doc Gessler-led team started off with an abysmal 3-8 record. In the 2½ months since Gessler was fired, Pittsburgh had performed comparatively better than the season’s start, but only comparatively; instead of a complete freefall, they merely gradually sank further down the league standings.

In July, with two months still left in the season, club management was already focused on the 1915 season, disclosing to the press that a roster shakeup would be happening over the winter in order to field a winning team.2 Rumors were being thrown around in the newspapers on an almost daily basis about whom the team was flirting with (or trying in vain to flirt with), including known Organized Baseball players like Babe Adams, Jake Dugey, and Rabbit Maranville.3 After a tough doubleheader loss to Brooklyn on July 18, the team was scheduled to make a quick barnstorming tour of the southwestern Pennsylvania region, then return home to begin a series against second-place Indianapolis.

The series against Indianapolis’s Federal League entrant (referred to in numerous newspapers familiarly as the Hoosiersor Hoofeds) contained an anomaly within an anomaly. Not only were Pittsburgh and Indianapolis scheduled for an unusual five-game series, but the final two games of the series were to be part of a Saturday doubleheader at Pittsburgh’s Exposition Park, the home team’s fifth twin bill of the month at their own grounds, and seventh overall since July 3.

To this point of the season, Indianapolis had seen it all. Struggling to stay above .500 in early June, the team settled in for an extended homestand and reeled off 15 consecutive victories against middling opponents before month end. Under the guidance of manager Bill Phillips and the consistently solid performance of team stars like Cy Falkenberg and Benny Kauff, they attained the top spot in the Federal League standings on June 20. In July their play reverted to early-season levels, but the long string of June victories assisted them in staying close to the lead in the pennant race.

After besting clubs in the nearby locales of Youngstown, Johnstown, and Scottdale, the Pittsburgh team returned home to Exposition Park to begin the series, and to the surprise of many, they kept up the winning ways against their league betters.4 The series opener, on July 22, was a 2-1 victory that featured league President Jim Gilmore watching from the stands and the timely production of Tex McDonald, a player who would be traded away the next day.5 July 23 brought about some late-inning heroics from Oakes, and his group won 5-3, sparking optimism from the manager. He declared, “We’re going well now, and before we get through, we’ll prove that we are in the running.”6

The two victories, in conjunction with a subpar stretch by the plummeting St. Louis club (which included a recent three-game sweep at the hands of Indianapolis), helped Pittsburgh to move into seventh place. More (and later) dramatics on July 24 resulted in a 5-4, 12th-inning conquest, one that finished only as the rays of the sun fell away from view.7

Later generations remembered July 25, 1914, for being the day when Austria and Serbia broke off diplomatic communication, a crucial event in the tragic comedy of errors that precipitated World War I.8 On the day of the doubleheader in Pittsburgh, a large portion of the local populace was focused on baseball matters. Beyond the very recent success of the Federal League team, which helped to bring nearly 10,000 people to the ballpark, the sports pages lamented the recent troubles of the National League’s Pirates, one of which was the distinct possibility of 41-year-old Honus Wagner retiring from baseball.9

Howie Camnitz was scheduled to pitch the first game for Pittsburgh, while George Kaiserling was Indianapolis’s choice to counter on the mound for the 2:00 P.M. start. The Hoofeds took the lead in the first inning. Vin Campbell made it to second base after Jack Lewis’s throw to nab him at first went astray. Sacrifices by Carl Vandagrift and Bill McKechniebrought Campbell home for the first run of the game.

For a while thereafter, the score remained in stasis. Each club managed to get a runner to third base through the next six innings, but neither team managed to get its man home. Camnitz and Kaiserling allowed a number of hits, but most of the men on base never made it beyond first.

In the bottom of the seventh inning with two men out, Pittsburgh’s Hugh Bradley tripled to left field. The next man up was Lewis. In what was surely a redemptive relief to his state of mind, given the miscue in the first inning, he singled to left, driving in Bradley and tying the score at 1-1.

The score held at 1-1 into extra innings. In the 11th Pittsburgh loaded the bases with one out, but Bradley’s attempt at a run-scoring squeeze play went awry, and Indianapolis converted a double play to end the threat.

The deadlock was finally broken in the Pittsburgh 13th. After Cannitz went out, Davy Jones hit a single to center. He advanced to third when Savage hit a single down the right-field foul line. Oakes hit a “little tap” toward first, and Jones successfully beat the throw to the plate.10 Once again, Oakes proved to be the catalyst for victory, as his team won the day’s opener, 2-1.

Former Pirates outfielder Vin Campbell began the second contest with a clout beyond center field off Pittsburgh starting pitcher Walter Dickson, giving Indianapolis the 1-0 lead from the game’s very first at-bat. Pittsburgh countered in its half of the inning by way of Jones reaching on a single, then finding his way back home again. He advanced around the bases on a wild pitch by Falkenberg and two fly balls. Indianapolis took the lead right back in the top of the second, stringing together three singles for another run, going ahead, 2-1.

In a storyline similar to that of the day’s first game, the middle innings saw no scoring. Pittsburgh threatened a couple of times, as players reached third, but the nearest the team came to scoring was when Oakes was thrown out at the plate to end the sixth inning.

The score remained 2-1 into the eighth inning. With one out, Indianapolis’s Vandagrift and McKechnie each reached base on singles. Kauff hit a sacrifice to push the runners forward on the bases, and Charlie Carr singled to send them both home. That marked the end of Dickson’s day, as Pittsburgh used a pinch-hitter (unsuccessfully) in his place in the bottom of the eighth. Local product Elmer Knetzer came in and pitched a hitless top of the ninth, keeping his team’s deficit at 4-1.

Pittsburgh rallied in the bottom of the inning, and it involved more than mere baseball ability; there was a little good fortune involved as well. Ed Lennox made it to second base when Jimmy Esmond’s throw to get him out at first went errant. Bradley walked, and was replaced on the basepaths by Skipper Roberts. With two outs, Ed Holly singled to left, loading the bases. Doc Kerr was the home crowd’s newest hero when he doubled to right center, bringing everyone on base back across home plate. The ninth inning ended tied, 4-4. For the second time that day and the third straight game, the two teams headed to extra innings.

After a pair of singles and pair of sacrifices, Indianapolis took a 5-4 lead in the top of the 10th. Pittsburgh matched the score in its half inning on Jones’s triple and Oakes’s sacrifice that scored him. Neither team scored in the 11th inning,, but in the bottom of the 12th, Pittsburgh completed the five-game sweep. Kerr walked, but was forced out at second base when Knetzer hit the ball toward Carr, who tossed to Esmond.11 The Indianapolis infield didn’t pull off the double play, though, and Jimmie Savage’s single allowed Knetzer to reach third base. Oakes (yet again) came through for his club, singling home the winning run.

Optimism held sway, temporarily, that the Pittfeds could build upon their success against the Hoofeds.12 However, just as the world’s hope for reconciliation in European geopolitical matters fell apart in the following days and weeks,13Pittsburgh’s hopes for continued prosperity after the Indianapolis series disintegrated as well. The team never came within 10 games of the leaders, winning fewer than half of its remaining contests for the rest of the season (including their own extended sweep at the hands of the Brooklyn Federals).

As for the Hoofeds, after their unfortunate sojourn in Pittsburgh, they dropped to fourth place, four games back. Manager Phillips professed that his team’s injury woes would soon be over, though.14 The team remained in the thick of the pennant race for the remainder of the season. A couple of sizable winning streaks (though shorter than the one in June) helped place them within striking distance of league-leading Chicago near the end of the season. A seven-game winning streak to end the campaign helped them to the 1914 Federal League championship, as they outpaced their Second City rivals by 1½ games.

In addition to the sources in the Notes, the author consulted baseball-reference.com, retrosheet.org, and sabr.org.