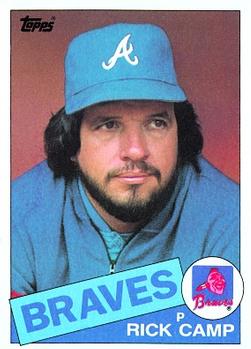 The Mets have an unusual affinity for finding themselves in notable marathons.

Take that late May 1964 game at Shea Stadium, for instance — a nightcap of a doubleheader that went on for 23 innings and nearly 7½ hours and ended in a San Francisco Giants victory behind Gaylord Perry’s 10 frames of relief.

Fast-forward almost four years later. The Astrodome saw New York and Houston play to the longest scoreless tie in major-league history. It wasn’t until the bottom of the 24th, and a bad hop that eluded Mets shortstop Al Weis, before the Astros brought this seemingly endless struggle to a close.

The Mets and Cardinals set their own offensively challenged record in 1974. Forty-five men left on base became a single-game high, in addition to 175 official at-bats. A botched pickoff attempt in the top of the 25th led to Bake McBride scoring the winning run. When New York was set down in the bottom half, the Shea clock read 3:13 A.M. In terms of innings played, it is the longest uninterrupted game ever.

All of these strange events, though, are modest compared to what unfolded inside Atlanta-Fulton County Stadium beginning on the evening of the 1985 Independence Day holiday — a game scheduled to begin at 7:30 P.M. on July 4 which ended up finishing at 3:55 A.M. on July 5. There were 29 combined runs, 46 hits, 43 players used, 14 pitchers, three blown saves, two rain delays, two ejections, a formal protest, and a dumbfounding homer by a relief pitcher.

But the game that seemingly wouldn’t end almost never got going. Precipitation pushed the start back by an hour and a half. When the skies temporarily cleared, both New York manager Davey Johnson and Atlanta skipper Eddie Haas sent their respective aces to the hill. Neither would be there for long. Dwight Gooden, in the midst of a unanimous Cy Young season at age 20, lasted only 2⅓ innings before a second rain delay put an end to his outing. Braves starter Rick Mahler departed in the fourth after surrendering six hits and three earned runs.

New York, which came into the game 4½ games behind St. Louis in the NL East, yet in fourth place, eventually took a 7-4 lead into the bottom of the eighth following a Keith Hernandez homer, leaving him just a single short of a cycle. But Jesse Orosco, nursing a sore shoulder, couldn’t shut the door on the Braves, initiating a theme that would afflict pitchers on both sides. Atlanta scored four times in its half of the eighth, including a three-run double by Dale Murphy. The Mets responded in the ninth with a Lenny Dysktra RBI single off Bruce Sutter. Extra innings allowed Hernandez to complete his cycle in the 12th, but it took until the top of the 13th for New York to break the 8-8 tie, when as Howard Johnson smashed a two-run homer. The Braves were one strike from defeat before Terry Harper answered the “HoJo” long ball. With a runner on, his drive to left field dinged the foul pole. Ten apiece.

Scoring was absent through the 14th, 15th, and 16th. The 17th lacked for runs, but not intrigue. Darryl Strawberry got the heave-ho from home-plate umpire Terry Tata for disputing balls and strikes. Davey Johnson chimed in with choice words and earned his ticket to the clubhouse, too. Finally, the Mets broke through in the top of the 18th by way of Dykstra’s sacrifice fly. Tom Gorman was asked to hold the one-run advantage. He retired Gerald Perry and Harper on groundouts. Up came the pitcher’s spot. But Haas, to no surprise, had used up his pinch-hitting options.

Reliever Rick Camp remained the only hope — and a faint one at that. Camp’s batting record was terrible, even by hitting pitchers’ standards. He toted a meager .060 average to the plate, with 83 strikeouts in 167 career at-bats.

It would stand to reason that in this “Twilight Zone” atmosphere, anything was possible. But Camp hitting a home run? That was far too much to ask … or was it?

After Gorman got two easy strikes, Camp connected. The reactions of the Mets players told the story. Third baseman Ray Knight, as the ball took flight to left-center field, threw his arms out and palms up in disbelief. Left fielder Danny Heep, as he watched the ball go beyond the fence, placed his hands on his head. Howard Johnson, at shortstop, dropped to his knees. Dykstra, in center field, squatted in exhaustion. Second baseman Wally Backman barked — probably with words not safe for work — as Camp passed him.

But nobody felt worse than the man who served up the unlikeliest of home runs.

“There’s not one thing you can say you feel at that moment,” said Gorman, the eventual winner after six innings of relief. “It’s not like pitchers don’t hit home runs; they do. But in that situation, with two strikes and no balls and you give the guy a pitch he can hit out, it’s embarrassing.”1

“That’s luck, pure luck,” Camp rightfully admitted. “If we have to rely on me to hit a home run to win a game, we’re in bad shape.”2

Camp assumed his normal role in the top of the 19th with the score tied at 11. What he had taken from the Mets, he gave away (and then some). Knight atoned for the 11 men he left on base by doubling in Gary Carter (who caught all 305 pitches from Mets hurlers) to put New York on top, 12-11. The Mets were far from through, however. Heep singled in two runs and came around when Backman produced an RBI hit of his own. Ron Darling came in to protect the seemingly comfortable 16-11 lead, only to watch the Braves make one more tireless charge. Harper’s two-out single drove in two and brought the tying run to the plate — Rick Camp.

But dramatics, like those still in attendance, had been exhausted. Camp struck out on four pitches. At five minutes to 4 A.M., Darling put a period on perhaps the wackiest baseball chapter ever written. This night-turned-morning would still end with a bang. Several, in fact. The Braves went ahead with the postgame fireworks show. Residents near the ballpark reportedly made panicked calls to police, with some fearing this was the onset of a nuclear war with the Soviet Union.3

In summation, Hernandez, speaking for everyone, said: “I saw things I had never seen before.”4

In addition to the sources cited in the Notes, the author also consulted Baseball-Reference.com, Retrosheet.org, and Ultimatemets.com.