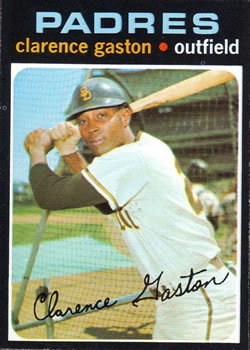 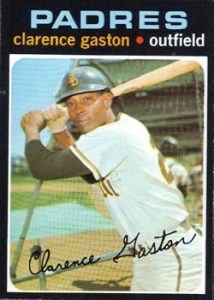 The year 1974 started as a season of optimism for San Diego as the Padres were rescued from their aborted move to Washington, DC, and ultimately purchased by Ray Kroc. During the offseason, even before Kroc’s name came up, the Padres, in anticipation of better times, traded for Willie McCovey, Matty Alou, Glenn Beckert, and Bobby Tolan, players past their prime, but names nonetheless, something Padres fans were not used to. However, their sixth season’s beginning resembled the previous five. Starting 0-6, they were at 23-39 when the Pirates came to town on June 10.

Lowell Palmer, purchased from the Yankees 10 days earlier, was making his second San Diego start, while Jim Rooker was on the mound for the Pirates. Pittsburgh had a terrific hitting lineup that year: first in batting and top three in most offensive categories. The first seven in that day’s lineup were named Clines, Hebner, Zisk, Stargell, Oliver, Sanguillen, and Stennett.

Palmer got into trouble in every inning, while Rooker breezed. In the first, Palmer got out of a bases-loaded jam, but in the second he allowed a sacrifice fly by Gene Clines after Rennie Stennett and Mario Mendoza singled. A third inning two-run homer by Manny Sanguillen made it 3-0, and Palmer managed to strand a runner at second in the fourth. In the fifth, another two-run homer, this time by Willie Stargell, and a one-out single by Sanguillen finished Palmer.

In the seventh, off Dave Tomlin, Stargell tripled home Richie Zisk, and then scored on a single by Al Oliver to make it 7-0.

Meanwhile Rooker was sailing along with a five-hit shutout through seven innings. Other than a third-inning hiccup during which Enzo Hernandez walked and reached second, but was thrown out after hesitating when Tolan lined off the right-field wall, Rooker appeared to be in total command of the game.

In the eighth, Rooker himself upped the score to 8-0 when he doubled to left and scored on Richie Hebner’s single.

It looked like just another game in which the Padres were headed for their sixth consecutive last-place finish and fourth 100-loss season. One of the bright spots in this particular season was a young tuba player named Jim Eakle, a Marine who had begun showing up at games near the end of the dismal 1973 season, playing hand-clapping tunes and familiar songs on a green-painted tuba. By 1974, a Pied Piper-like following had formed, marching down the stadium aisles generating enthusiasm throughout, playing flutes, drums, and other assorted instruments. Calling themselves McNamara’s Band, after newly hired manager John McNamara, they marched around virtually every game.

But on this particular day, with many of the 7,309 spectators already on their way home by the middle of the eighth inning, even the Tuba Man wasn’t getting much response during this one-sided affair.

Bobby Tolan led off the bottom of the eighth, and, before the inning started, was engaged in some sort of squabble with home-plate umpire Andy Olsen. Tolan, standing in the batter’s box, but facing away from the mound, with his bat in only one hand, arms dropped at their sides, continued to bark at Olsen. The umpire, appearing to have heard enough, signaled to Rooker to begin pitching. Rooker wound up and only after the pitch was on its way did Tolan turn around and drop a perfect drag bunt past the mound toward second base for an infield hit. Whether or not this was any kind of catalyst could be open for debate, but it’s a matter of record that the next five batters all reached base.

Dave Winfield doubled to center, scoring Tolan, Nate Colbert walked, and even though it was still only 8-1, manager Danny Murtaugh replaced Rooker with Bruce Kison. Cito Gaston greeted Kison with a three-run home run to make it 8-4. Fred Kendall walked, and Dave Roberts reached base on an error by Stennett. But a strikeout and two flyballs ended the eighth.

Vicente Romo pitched a perfect ninth for the Padres.

Ramon Hernandez, who had come in to get all three outs in the previous inning, retired Tolan to start the ninth. But Winfield shot a home run over the center-field fence to make it 8-5. At that point, Murtaugh elected to go to his ace reliever, Dave Giusti, who, after throwing a strike, issued consecutive walks on eight straight balls to Colbert and Gaston. Murtaugh quickly yanked Giusti, and brought in a young rookie pitcher named Kent Tekulve. Called up from Triple-A Charleston in May, Tekulve was making his eighth appearance for the Pirates. Kendall singled to right, loading the bases. Roberts then grounded the ball back to Tekulve who threw home for the second out.

Tekulve got two strikes on pinch-hitter Derrell Thomas, who then lined a base hit into left-center to make it 8-6. Bob Barton, also pinch-hitting, and also with two strikes, hit a routine grounder into the 5.5 hole1 that barely eluded shortstop Mendoza. Two runs came in and the game was tied.

Horace Clarke was next. Tekulve again got two strikes on the batter, but Clarke hit a soft liner over second base, scoring Thomas, for the unexpected victory.

An hour before the game, Pirates general manager Joe L. Brown had said, “This club is built on two things — our hitting and our bullpen.”2

After the game, an enraged Rooker said, “The job isn’t being done by the bullpen and that’s the truth. No matter how well I pitch, they figure out a way to put men on and to let them in.” It was the fourth time in 10 starts that Rooker reached at least the seventh inning with a lead that the bullpen failed to protect. He was also upset after being pulled with a seven-run lead.3

For Padres fans, though, it wasn’t the usual victory celebration. Many walked away stunned at what they had just witnessed: the greatest Padres comeback ever, accomplished in the last two innings. No San Diego team (as of 2018) has ever been behind by more runs at any stage in a game and won.4

In addition to the sources cited in the Notes, the author consulted Baseball-Reference.com and Retrosheet.org, and relied on his personal memory of the game, which he attended. The following two articles were also helpful:

1 The term “5.5 hole” is one that is very familiar to Padres fans. It was invented by Tony Gwynn to describe his favorite target: hitting a line drive between third base and shortstop.