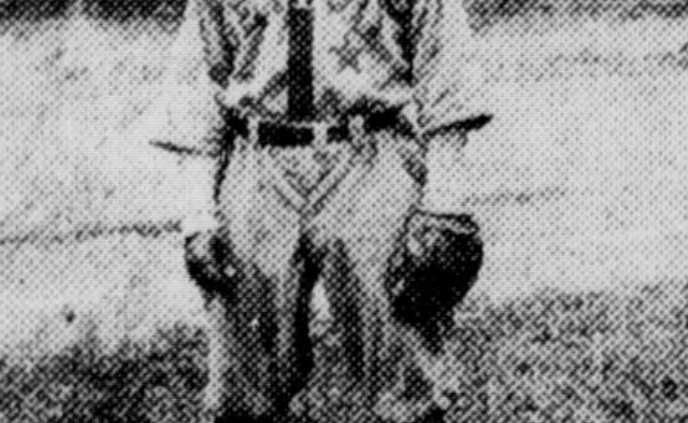 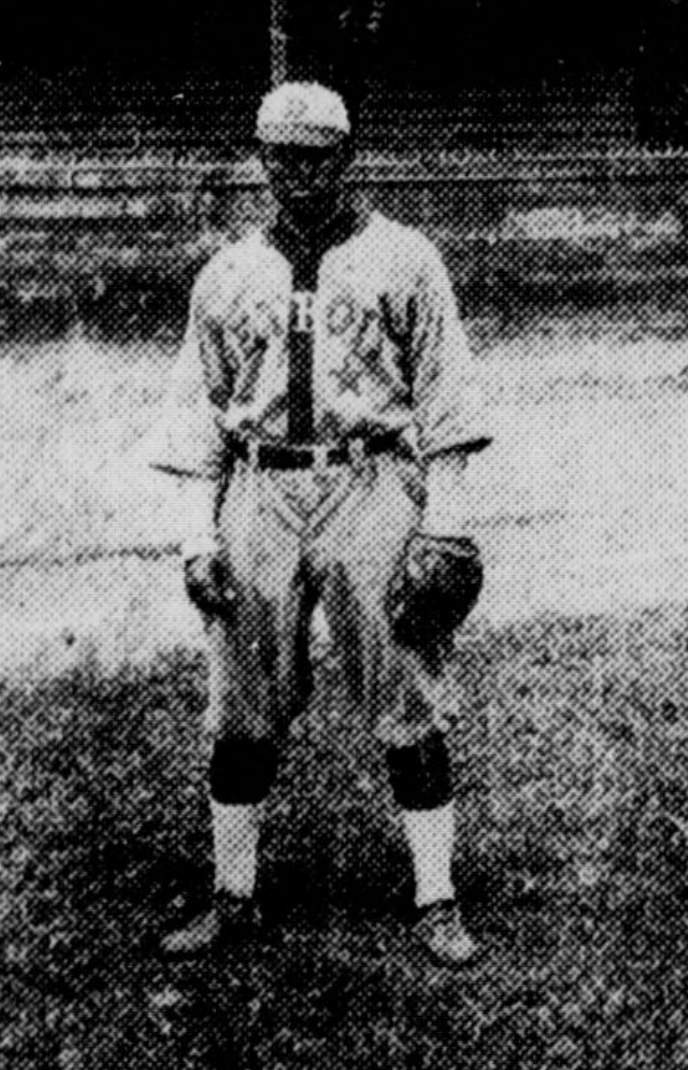 In search of a foothold after losing the first two games of a Negro National League series to the Chicago American Giants in June 1921, the Indianapolis ABCs sent veteran right-hander Dicta Johnson to the mound for the series’ third game. Johnson held Rube Foster’s American Giants hitless until the seventh inning and scoreless through nine, but Chicago’s unearned run in the 10th yielded a 1-0 victory over Johnson and C.I. Taylor’s ABCs on June 13 at Chicago’s Schorling Park.

By the Negro National League’s debut in 1920, Louis “Dicta” Johnson had established himself as one of Black baseball’s top pitchers. Standing 5-feet-7, described as “stocky,”1 and known for his spitball,2 Johnson joined Foster and the Chicago American Giants, then a leading independent club, in 1912. He moved to Taylor’s Indianapolis ABCs two seasons later and emerged as a rotation stalwart for a team that Ira F. Lewis of the Pittsburgh Courier called “literally so fast and scientific as to beggar comparison.”3 The ABCs, with Johnson, staff ace William “Dizzy” Dismukes, and 20-year-old outfield sensation Oscar Charleston, beat the American Giants in a series billed as the “colored championship of the world” in October 1916.4 In games between the ABCs and all-star teams of White major-leaguers after the 1915, 1916, and 1917 seasons, Johnson was a winning pitcher for Indianapolis each year.5

Military service interrupted Johnson’s professional career,6 but he reunited with Taylor in 1920 as part of Indianapolis’s Negro National League entry, again named the ABCs. The 33-year-old Johnson remained formidable in 1921, blanking the Columbus Buckeyes on three hits on May 10.7 “He is universally dubbed one of the best [pitchers] on the circuit,” the Chicago Whip asserted in an item headlined “C.I.’s Spit-Ball Artist.”8

Both Taylor’s ABCs and Foster’s American Giants were trailing the Negro National League’s front-runners – the Detroit Stars and Kansas City Monarchs – when Indianapolis visited Chicago for a five-game series in June.9 The Chicago Defender’s standings had the ABCs with an 8-12 record, their lineup weakened after selling Charleston to the St. Louis Giants in the offseason; the American Giants were 10-6 after a four-game sweep of the Buckeyes.10 The ABCs, predicted the Chicago Whip, “are going to make the Foster crowd extend themselves to the full limit in order to maintain the winning streak that has fallen to their lot recently at the expense of other teams.”11

The American Giants continued their surge with a series-opening 4-0 win on June 11. Chicago’s Jack Marshall scattered four hits in the shutout.12 Foster’s team made it two in a row over the ABCs a day later, winning 6-3 before a Sunday crowd of 11,000.13

Johnson got the call to stop the American Giants in the third game of the series. After Chicago’s Otis Starks retired the side in the top of the first, Johnson began a masterful afternoon by fanning Dave Malarcher and setting down Bingo DeMoss – like Malarcher, his teammate on the 1916 ABCs – and Jimmy Lyons on grounders.

Starks pitched around Malarcher’s second-inning throwing error, and Johnson’s defense put him in jeopardy in the bottom of the inning. With one out, teenage second baseman Charlie Williams misplayed George Dixon’s groundball for an error.

Jelly Gardner hit a roller to the left side of the infield. Connie Day tried to make the play from third, but the ball was out of his reach. The attempt blocked Morten Clark’s view at short. Clark bobbled the ball and was charged with an error; the American Giants had two on with one out.

But Johnson was up to the challenge, getting Bobby Williams to ground back to the mound for the second out. Leroy Grant followed with a grounder to short, and this time Clark made the play to end the inning.

Johnson bid for the day’s first hit by tapping a Starks pitch to right with one out in the third, but Gardner picked up the ball and made a quick throw to Grant at first, beating Johnson for the out. A three-up, three-down bottom of the inning seemed at hand after Johnson retired Starks and Malarcher and induced DeMoss to ground to third, but Day misplayed the ball and DeMoss was safe on the error. The ABCs cleaned up the inning with sharp defense: Biz Mackey, regarded as the best defensive catcher in Negro League history, gunned down DeMoss attempting to steal second.14

Starks and Johnson put up zeros in the fourth inning. Leading off the fifth, Harry Kenyon drove Starks’ pitch to left. The ball landed just fair and rolled to the fence. Kenyon raced to third with the first hit of the game.

Now it was Starks’ turn to pitch out of a jam. The 23-year-old right-hander struck out Namon Washington. Day also fanned, waving at a third strike above his head. After Johnson walked, Clark hit a roller back to Starks, and Kenyon was stranded at third.

Undeterred by the ABCs’ near miss, Johnson set down Chicago in order in the fifth. Indianapolis mustered another scoring threat in the sixth. Ralph Jefferson led off with a single to center and took second on Charlie Williams’s groundout. Jefferson attempted to steal third, but Dixon’s throw to Malarcher cut him down, and the game remained scoreless.

In May 1920 Johnson had taken a no-hitter into the sixth inning against the Monarchs before losing the bid – and the game – when Kansas City broke through for an eight-run inning.15 Here, he kept it going by retiring the first two batters in the sixth, including Starks on strikes.

DeMoss hit a two-out roller toward third. Day, attempting what the Chicago Defender described as “one of those grand stand plays,” missed the ball and it rolled into left field.16 The speedy DeMoss rounded first – but went too far around the bag, and Kenyon picked up the ball and made a “lightning play” to throw to Williams, who fired to Ben Taylor at first for the tag on the American Giants’ captain.17 The out ended the inning, and Johnson’s no-hitter remained alive when the official scorer charged Day with his second error of the game.

Starks zipped through the top of the seventh on a strikeout of Mackey and two lineouts to Cristóbal Torriente in center. Johnson took the mound in the bottom of the inning, aiming to keep Chicago hitless. Jim Brown, who had replaced Lyons in the lineup after Kenyon’s triple in the fifth,18 hit a grounder toward short. Day, as he did earlier in the game, blocked Clark “of a chance to make a perfect play,” per the Chicago Defender.19 Brown was safe at first and the play was scored the first hit of the day against Johnson; still, the Chicago Whip labeled it “stupidness on the part of [Johnson’s] infield mates.”20

Johnson recovered, getting the feared Torriente to hit into a double play and retiring Dixon to maintain the deadlock. Seeking redemption for his defensive struggles, Day led off the top of the eighth with a single. Johnson bunted him to second; the ABCs were in scoring position for the third time in the game. But they got no farther. Clark flied out to left, and Jefferson grounded to Grant for the third out.

Johnson retired the American Giants in order in the eighth. Starks responded with a clean ninth. When Johnson set down all three Chicago batters in the ninth, including a three-pitch strikeout of Starks, the game headed to extra innings.

The ABCs started the 10th with solid contact against Starks, but Brown tracked down Kenyon’s liner to right, and Gardner hauled in Washington’s drive to left. Dixon grabbed Day’s foul popup to end the inning.

As the bottom of the 10th opened, Johnson’s lost no-hitter hardly seemed to have bothered him; Brown’s comebacker made it nine outs in a row after Chicago’s lone hit in the seventh. But Torriente followed with a single for the first clean hit off Johnson all game.

Johnson was on the cusp of another scoreless inning when Charlie Williams squeezed Dixon’s popup for the second out. Gardner grounded to first; Ben Taylor fielded the ball, but Johnson failed to cover first, giving Gardner Chicago’s third hit of the game. The American Giants had runners on first and second, with a fast runner in Torriente in the lead.

Again, Johnson induced a ground ball, as Bobby Williams hit a roller to third, what the Chicago Defender called an “easy bounder.”21 Already charged with two errors, Day bobbled the ball. Torriente rounded third and headed toward home. Passing up a chance to get Torriente at the plate, Day tried for the force on Gardner, but it was too late. Torriente scored the winning run, and the American Giants had a 1-0 victory.

Newspaper coverage was unsparing in its criticism of Day’s defense. The Chicago Defender characterized Day’s play at third as “of no better quality than those seen on the sandlot diamonds of any small town.”22 “[T]he peppy display of baseball wares might have went [sic]on indefinitely, only for the balky disposition of Infielder Day, who early in the fray displayed open signs of wavering, finally getting a chance to close the great show,” the Chicago Whip observed.23 It was “one of the greatest games of [Johnson’s] career,” the Chicago Defender added.24

The American Giants secured two more final at-bat wins to complete a five-game sweep of the ABCs.25 They finished 1921 with a 44-22-2 record in Negro National League play, the best mark in the league. Indianapolis broke even at 37-37-2. Dicta Johnson remained active as a pitcher as late as 1925, as a member of Joe Green’s independent Chicago Giants.26

In addition to the Sources cited in the Notes, the author consulted the Seamheads.com, Baseball-Reference.com, and Retrosheet.org websites for pertinent material; newspaper game coverage in the Chicago Defender and Chicago Whip; and SABR Baseball Biography Project biographies relevant to the game, especially the late Chris Rainey’s biography of Biz Mackey.

Thanks to SABR members Chris Hicks for his research assistance with issues of the Chicago Defender and Kenneth Carrano for his comments on an earlier version of this article.

18 The Chicago Defender’s coverage indicated that Brown entered the game in right after Kenyon’s triple and Gardner moved to left but did not specify why Lyons was removed.

20 “A.B.C.’s Defence Cracks in 10th: Hurling Duel Between Starks and Johnson Ends in Tenth Frame When with Two Men Down Third-Baseman Day Allows Easy Roller to Trickle Between His Pins,” Chicago Whip, June 18, 1921: 7.

23 “A.B.C.’s Defence Cracks in 10th.” The Chicago Whip had also been critical of Day’s play in Indianapolis’s 6-3 loss to Columbus on May 9, noting that Day “seemed to be trying to give the pitcher good advice, watch the grandstand and play second base” but “forgot he was a third baseman” and was the “chief offender” when shaky ABCs defense led to a three-run fifth inning. “Buckeyes Beat A.B.C.’s for the Second Time, 6 to 3,” Chicago Whip, May 14, 1921: 7.