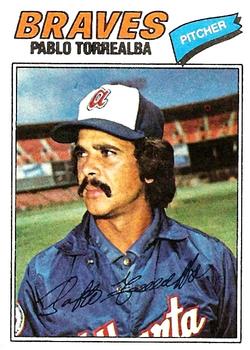 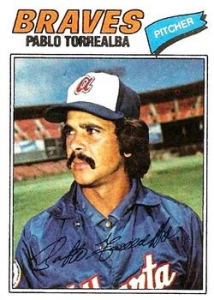 Some baseball games, like some roller coasters and some horror movies, should come with warnings that their ups and downs are not for the faint of constitution. One such game took place on June 14, 1975, in the Triple-A International League. An umpire’s mistake spawned an unusual protest that overturned the game’s original ending, requiring a “tripleheader” of sorts to settle the dispute. The game took 53 days to resolve from first pitch to last, and one of its major protagonists didn’t live to see its conclusion.

The teams that authored this summer-spanning horror show were largely unremarkable. The visiting Richmond Braves, Atlanta’s top farm team, came into the game with a 28-30 record, in fifth place in the eight-team loop. Fiery ex-catcher Clint “Scrap Iron” Courtney was the R-Braves’ manager. Infielder Junior Moore was the team’s top hitter with a .300 average and 14 home runs over the full season, while pitching standouts included starter Adrian Devine (10-6, 2.98 ERA) and bullpen ace Pablo Torrealba (12-9, 1.45 in 64 relief appearances). The starting assignment on June 14 went to another future big leaguer, righty Frank LaCorte, who went 9-7 with a 4.29 ERA in 24 games with Richmond that year.

The home-team Toledo Mud Hens, a Phillies affiliate, stood in seventh place with a 26-34 record.1 Their skipper, Jim Bunning, is better remembered today as a Hall of Fame pitcher and a US congressman than as a minor-league manager. Bunning gave the starting nod to George Culver, a nine-year big-league veteran who pitched in a swingman role for the 1975 Mud Hens. Other notable Mud Hens that season included pitchers Wayne Simpson (12-7, 2.17) and Dick Ruthven (10-12, 3.18) and catcher Bill Nahorodny (.255 with a club-leading 19 HRs.)

A scant 641 fans turned out to Toledo’s Lucas County Stadium for what was scheduled to be a doubleheader, with both games lasting seven innings.2 Suffice it to say that neither starter had his best stuff. Toledo’s Culver surrendered six hits and a walk in 1⅔ innings and left trailing 5-0, though only two of those runs were earned.3 Richmond’s LaCorte didn’t last much longer: He was charged with six hits, two walks, and four runs in 2⅓ innings. By the end of the third, Toledo had clawed back four runs to narrow the deficit to 5-4.4

The R-Braves added two more in the top of the fourth off Toledo reliever Dave Wallace to make the score 7-4, while Toledo chipped one back in the bottom of the sixth off Torrealba to make it 7-5. While his feats were overshadowed by subsequent events, Richmond first baseman Reggie Sanders had an excellent day at the plate, with a home run, a triple, and five RBIs.

Things went haywire in the bottom of the seventh – the Mud Hens’ last ups, this being a scheduled doubleheader. Nahorodny led off with a homer to make the game 7-6. Second baseman Ron Clark followed with a single, and Courtney visited the mound to try to settle Torrealba. Torrealba gave up another single to third baseman Blas Santana to put two runners on, then retired the next two hitters to bring Richmond within one out of victory. Left fielder Reggie Thomas worked the count to 3-and-1 and appeared to take ball four, but plate umpire Phil Durkee made a delayed strike call – infuriating Bunning, who was ejected for arguing.5

Thomas took ball four to load the bases, bringing Courtney out to home plate to take his turn at beefing. Courtney asked catcher Jim Breazeale whether the pitch was a strike, then told Breazeale to tell Torrealba to pitch carefully to the next hitter. Hearing this conversation, Durkee told Courtney he was charging him with a trip to the mound.6

A manager who visits the mound twice in one inning is required to change pitchers, and Courtney should have been required at this point to replace Torrealba. But umpire Durkee made two critical errors. First, he forgot about Courtney’s initial visit to the mound earlier in the inning. Second, he neglected to tell anyone in the Mud Hens’ dugout – including acting manager Scott Reid – that he had assessed Courtney a trip to the mound during his visit to home plate. Instead, Courtney retreated to his dugout and the game went on. Torrealba got Toledo right fielder Dave Schneck to line out to left field to seal what appeared to be a 7-6 Richmond victory.7

After the game, sportswriters were interviewing Durkee about his ejection of Bunning when the umpire mentioned that he had charged Courtney a trip to the mound during his ninth-inning visit to home plate. The scribes compared notes and memories, and confirmed that it was Courtney’s second trip of the inning. The writers told Bunning – who was already no fan of Durkee’s – and the manager passed the information to Toledo general manager Charlie Senger. Senger filed a protest that night with International League President George Sisler. While protests are supposed to be made immediately after the disputed play, Senger argued that his team had not had a chance to protest during the game because Durkee had not made the Mud Hens aware of the second trip to the mound.8

From Toledo, the Braves moved on to Rochester, New York, for a series with the Red Wings, the Baltimore Orioles’ top farm club. There, tragedy struck. On the morning of June 16, Courtney suffered a heart attack after a round of ping-pong games with some of his players. Taken to the city’s Genesee Hospital, he was declared dead. He was 48 years old. After one desultory game with coach-outfielder Al Gallagher as temporary manager, future Hall of Famer Bob Lemon was assigned to manage the Braves for the rest of the season.9

Courtney’s passing did not affect Toledo’s protest of the June 14 game, which continued. After speaking to several people involved in the game, Sisler came down on the side of the Mud Hens. He ordered that the game be replayed from the point of infraction – that is, with two outs in the bottom of the seventh, the bases loaded, Toledo trailing 7-6, Schneck coming to bat, and a new Richmond pitcher on the mound. The teams agreed to replay the game’s ending before a scheduled doubleheader on August 5, setting up a tripleheader of sorts. While the teams wouldn’t be playing three full games that day, they would be deciding three games.10

When the teams met again, Richmond manager Lemon replaced Torrealba with Devine, who boasted a 3-0 record and 0.93 ERA against the Mud Hens. It didn’t help. Devine walked Schneck on four straight balls to force in a run, tying the game, 7-7. Toledo center fielder Alan Bannister followed with a flared single to center to drive in the winning run. The replayed ending had taken the better part of two months to complete, but only six pitches to wrap up.11 Richmond went on to win the second game of the tripleheader, while Toledo took the third.12

The June 14 matchup was the final game of Courtney’s life, so the reversal of the outcome meant that his career ended on a loss rather than a win. Torrealba also went from the winning pitcher to the loser, though the parent Atlanta Braves doubtless eased any disappointment by calling him up to the majors in September.13

On the Toledo side, Jesus Hernaiz, who had worked two innings of shutout relief amid the chaos, ended up with the win. Starter Culver, originally saddled with the loss, was let off the hook. The June 14 game had been Culver’s final appearance as a Mud Hen, and by the time the game was finally decided, he was half a world away in Japan, pitching for the Tokyo Nippon Ham Fighters.14 One other important figure from the game found himself on the move immediately afterward. The day after the tripleheader, Toledo’s Schneck was traded to the Cincinnati Reds’ Triple-A team in Indianapolis, almost as if he’d been kept around just long enough to finish his disputed at-bat.15

Phil Durkee, whose ninth-inning missteps brought about controversy, umpired a few more years in professional baseball but did not advance to the major leagues.16 Returning to his hometown of Dayton, Ohio, Durkee went into the insurance business, officiated at college and high-school basketball and baseball games, and taught at local officiating schools. After his death from leukemia in 1999, he was fondly remembered by fellow officials for his skill and professionalism.17

Neither Baseball-Reference nor Retrosheet provides box scores of minor-league games, but the June 15 and August 6, 1975, editions of the Toledo (Ohio) Blade published box scores.

1 International League standings as of June 14, 1975, taken from that day’s edition of the Rochester (New York) Democrat and Chronicle.

2 The second game was rained out.

5 John Gugger, “Bunning, Ump Tangle Again,” Toledo Blade, June 15, 1975. As the headline indicates, Durkee had thrown Bunning out of a game earlier in the 1975 season. In the story, Bunning expressed a low opinion of Durkee’s work.

6 Gugger. Courtney did not physically visit the mound, but was assessed a second visit by Durkee based on his comments while at home plate.