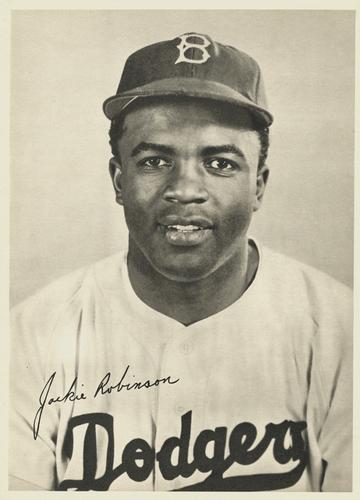 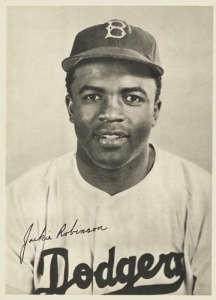 The Wednesday afternoon game was the second of a three-game series between the Dodgers and Chicago Cubs. The series took on historical significance: It was the first time an African-American baseball player appeared in a major-league game at Chicago’s Wrigley Field. The visiting Dodgers and their much-heralded rookie Jackie Robinson were making their first visit of the year to Chicago.

The fourth-place Dodgers, who won the series opener two days earlier, had yet to find their stride and were 28-25, three games behind the front-running Boston Braves. Dick Young of the Daily News noted that the two things the Dodgers did poorest were run the bases and hit home runs.1  The surprising third-place Cubs were 29-23, only 1½ games off the pace.

Partly cloudy skies and afternoon temperatures in the mid- to upper 60s greeted an announced crowd of 23,313 at Wrigley Field. With little more than a gentle breeze, it was ideal weather for baseball.

Right-hander Rex Barney drew the starting assignment for the Dodgers. The 22-year-old pitcher was making his fifth start of the season and had a record of 3-2 with a 4.45 ERA. He was opposed by 31-year-old Hank Borowy. The right-handed veteran was a large part of the Cubs’ early-season success. He was 7-2 with a 2.52 ERA. The two starters dominated the first 2½ innings as both teams failed to register a hit.

The Cubs scored first in the bottom of the third. First baseman Eddie Waitkus drew a leadoff walk and one out later Borowy registered the game’s first hit, a double to right field that advanced Waitkus to third. Falling behind 0-and-2, Stan Hack doubled to left to drive in both Waitkus and Borowy with the game’s first runs. After Don Johnson grounded out to third for the second out of the inning, Andy Pafko singled to center, scoring Hack. At the end of three innings the Cubs were leading, 3-0.

Borowy was perfect through the first four innings. However, the Dodgers began to chip away at the Cubs’ lead in the top of the fifth inning. Carl Furillo drew a leadoff walk. Dixie Walker singled, advancing Furillo to second. After Spider Jorgensen bounced into a 3-6 fielder’s choice that moved Furillo to third, Pee Wee Reese lined out to left field to plate Furillo and cut the Cubs’ lead to 3-1.

The Dodgers tied the score in the sixth. Al Gionfriddo batted for Barney and struck out to lead off. Eddie Stanky walked and Robinson, who entered the game batting .298, followed with a single to center that sent Stanky to third. Robinson advanced to second on the throw. Left fielder Gene Hermanski singled to center to score both Stanky and Robinson, tying the score. Hermanski, who “hesitated terribly long”2 when he attempted to advance to second on the relay throw to the plate, was thrown out by catcher Bob Scheffing. The baserunning error might have cost the Dodgers a big inning as Furillo followed with a single to right and Walker walked before Jorgensen lined out to shortstop to end the inning.

In the bottom of the inning, left-hander Joe Hatten relieved Barney. The 25-year-old was making his first relief appearance of the year after 14 starts. He entered the game with a record of 6-4 and a 3.83 ERA. After walking Johnson to start the inning, Hatten got Pafko to bounce to shortstop for a double play and struck out Phil Cavarretta looking.

With one out in the top of the seventh, Borowy tried to sneak a fastball past rookie catcher Gil Hodges. The 23-year-old Hodges, who entered the game with a .083 batting average, broke the 3-3 tie with a “370-foot smash into the ramp in left.”3 It was the first of his 370 career home runs.

After the game Branch Rickey commented on Hodges’ inability to hit at the major-league level. “He’s just a baby. … [D]oesn’t know what a curveball is,” Rickey said.4 Before the home run, Hodges had only one hit and had been fed a steady diet of curveballs by National League pitchers.

The Cubs threatened in their half of the seventh. Dom Dallessandro singled to left with one out and moved to second when Hatten hit Waitkus with the next pitch. Dodgers manager Burt Shotton replaced Hatten with right-hander Hugh Casey, who was 3-2 on the year with eight saves and a 3.38 ERA. Casey hit Lennie Merullo to load the bases. Cubs manager Charlie Grimm inserted Bill Nicholson as a pinch-hitter for Borowy. Nicholson popped out to Robinson in foul territory. The threat ended when Hack sent a short pop fly to left-center that was handled by Reese.

With Borowy now out of the game, Grimm turned to right-hander Emil Kush to take over on the mound and hold the game at 4-3. Kush was another early-season bright spot for the Cubs. He was 1-1 with five saves and a 2.64 ERA.

The Dodgers, on the strength of Robinson’s aggressive baserunning, manufactured a run in the top of the eighth. Robinson reached on an error when Don Johnson failed to come up with his grounder to second. Hermanski sacrificed Robinson to second with a bunt that Scheffing fielded and fired to Johnson, who was covering first. Robinson “saw that third base had been left unguarded” and raced around second and headed to third.5 Johnson “threw in the hope that somebody would show up to cover third and when the ball went hopping toward the Cubs bullpen, Robinson scored.”6 Robinson had scored from first on a sacrifice bunt!

The Cubs did not go quietly in the ninth. With one out Peanuts Lowrey singled to right. Waitkus followed with a single to center to put runners at first and second. Merullo flied out to left and the Cubs were down to their final out. With the pitcher’s spot up, Grimm sent aging former All-Star Lonny Frey in to pinch-hit for Kush. After working the count full, Frey lofted a fly ball to left that Hermanski caught to end the game.

The win went to Hatten, his seventh of the year against four defeats. He went on the finish the year with a career-high 17 victories against eight defeats. Casey earned the save, his ninth of year,7 on the way to a league-leading and career-high 18. Borowy suffered the loss, dropping his record to 7-3. The time of the game was 2 hours and 14 minutes.

The two teams went in opposite directions during the remaining part of the season. The Cubs went 40-61 the rest of the way and finished in sixth place with a record of 69-85. The Dodgers were 65-35 over their last 100 games and won the National League pennant with a record of 94-60. They lost the World Series in seven games to the New York Yankees.

Robinson continued his aggressive style of play and was amazingly consistent throughout the rest of the season. He finished the year with a .297 average, 12 home runs, 48 RBIs, and a league-leading 29 stolen bases and 28 sacrifice hits. He won the National League’s Rookie of the Year award, comfortably outpolling right-handed pitcher Larry Jansen who went 21-5 for the New York Giants.

In addition to the sources cited in the Notes, the author consulted Baseball-Reference.com and Retrosheet.org

7 Saves were not a recognized statistic until 1969, but have been compiled retrospectively.