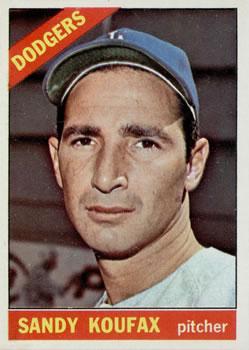 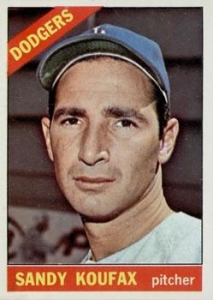 When in Rome, do as the Romans do. Except if you’re Jerry Lewis.

In 1966 this star of films, TV, and nightclubs contravened the accepted norm of celebrities wearing accoutrements appropriately reflecting the moment when honored by cities and their teams.1 After guest-hosting The Tonight Show in late May, Lewis launched a nationwide tour to promote his latest film, Three on a Couch.2 While in Houston, he accepted a key to the city at the Astrodome, coinciding with an Astros home series against the Dodgers.

And he wore a Dodgers jersey.3

It was like being invited by your favorite restaurant to celebrate your birthday and bringing a meal from the rival establishment across the street.

A conflict arose not because of Lewis’s garb—which may have reflected the 40-year-old’s long-standing connection with the Dodgers, including appearances by Los Angeles manager Walter Alston and several players in his 1958 movie The Geisha Boy—but a miscommunication about the length and conditions of the appearance. Astros management wanted Lewis to entertain the crowd for a maximum of 10 minutes. Lewis, meticulous in his preparation for live and filmed performances, declined because he could not control factors that he did on a soundstage, such as rehearsal, lights, and sound.4

When the team representative asked if Lewis could say some kind words about the Astrodome, then in its second season of existence, with its innovative artificial surface covering the infield only, the comedian went before the crowd and stated, “I want you to know how sincerely thrilled I am to be in this upholstered dirigibiddle factory.”5

Lewis’s link to baseball was strong otherwise, particularly through a friendship with Leo Durocher fostered during the skipper’s 7½ seasons with the New York Giants (1948-1955).6

Three on a Couch featured Lewis, who also served as its writer and director, as an artist dating a therapist whose workload had trumped their relationship. To regain his girlfriend’s attention, his character played caricatures of a rancher, athlete, and zoologist to woo three female patients unhappy with their relationships. Reviews were mixed.7

Once the on-field action got underway, the biggest star in a Dodgers uniform, drawing the highest critical and popular acclaim, was Sandy Koufax, who had been dominant against NL competition with a 12-2 record to date. Koufax threw a complete game with pinpoint control, allowing no walks in a 5-2 victory.

Two Houstonians pecked at the southpaw for seven of the team’s 10 hits. Jimmy Wynn went 4-for-4 and John Bateman had a 3-for-4 night.

The revered left-hander appraised his performance as far from ideal. “I had a lot of men on base, and I got so I felt better working from a stretch than a windup,” explained Koufax.8

The Astros scored first in the bottom of the first. Sonny Jackson and Wynn hit back-to-back singles with one out. It was a rare opportunity—runners at the corners against the best pitcher in baseball. After Dave Nicholson struck out looking, Bob Aspromonte singled and sent Jackson home.

Houston had a terrific chance to add a second run an inning later. Bateman doubled and advanced to third base on Rusty Staub’s groundout to second baseman Nate Oliver.

Astros starting pitcher Bob Bruce knocked a pitch to right field for an apparent sacrifice fly, but Bateman broke for home plate too soon. Right fielder Lou Johnson fired the ball to Koufax, who tossed to Dodgers third baseman Jim Lefebvre. Bateman lost the appeal to the umpires, leaving the score at 1-0.

Koufax explained his vantage point afterward. “[Something] has to be wrong somewhere when [Bateman] can score on a fly ball that short,” he said. “I didn’t think he could make it without leaving ahead of the catch, so we threw over there.”9

In the bottom of the third, Wynn got his second hit, a two-out double. But Nicholson’s grounder to Lefebvre kept him from getting any farther.

Bruce’s outing on the Astrodome’s mound contravened his ’66 record of 3-13—at least for a while. The righty protected the home squad and denied the Dodgers offense any scores until the sixth.

Tommy Davis began the inning with a single. Bruce whiffed Johnson but gave up a double to Lefebvre, which scored Davis and evened the tally at 1-1. Bruce then gave an intentional pass to John Roseboro. It is likely that the Astros were playing the percentages to get a double-play grounder; Oliver was batting .222.

It prompted Alston to send in a pinch-hitter; Wes Covington was hit by a pitch to load the bases. Koufax fanned for the second out, but Wills followed with a two-run single, driving in Lefebvre and Roseboro to give Los Angeles a 3-1 lead.

Wynn notched his third hit of the game in the sixth when he led off with a double. Hopes in Houston rose when he took third on a wild pitch, one of seven Koufax threw in ’66. But the lefty rebounded, striking out Nicholson for the second time and retiring Aspromonte and Harrison on infield popups.

In the bottom of the seventh, Bateman led off with another double. Staub knocked a pop fly to shortstop Wills. Felix Mantilla, in the last season of his 11-year career,10 struck out looking when he pinch-hit for Claude Raymond, who had relieved Bruce in the sixth. Joe Morgan stranded Bateman with a fly ball to Willie Davis in center field.

Ron Taylor became the third hurler for Houston, taking the Astrodome’s hill to begin the top of the eighth. Wynn’s solo homer in the bottom half of the inning bumped the Astros up a run, making it a 3-2 game.

In the top of the ninth, LA banked two insurance runs on four singles. Wills tagged Taylor for a one-out single and ignited more worry for Houston when he stole second base. Parker’s groundball to Harrison at first base gave the Dodgers another out; Wills took third base on the play.

With two outs and a two-run lead, Wills scored on Willie Davis’s bunt single. Tommy Davis sent his same-named teammate to third base on a single. Johnson followed with the fourth single and scored Willie for the Dodgers’ fifth run.

Bateman singled in the bottom of the ninth with one out for his third hit, but left the field for a pinch-runner. The Astros went down on a force out and strikeout to end the game.

Koufax’s name on the marquee proved to be a verified draw with a record attendance of 56,119 for the Astrodome, then in its second season.11 LA’s win improved the left-hander’s ledger to 13-2; he ended 1966 atop the major leagues in victories with 27 wins.12

Houston followed the Los Angeles series by hosting a four-game set against the St. Louis Cardinals. It was another good stretch for the home team, which won three of the games. The Astros finished 1966 in eighth place with a 72-90-1 record, which gave them the most wins in their five-season history.

The Dodgers, who had lost seven of their last 10 games, ended their Houston visit on a good note and improved their record to 38-28 as they readied for the next two stops on this tour—Atlanta and Cincinnati. LA went 3-4 against the NL rivals.

The Dodgers repeated as NL champs in 1966 but were swept in the World Series by the Baltimore Orioles.

After the season, Koufax announced his retirement. For Dodgers fans, he left behind a 12-year career of outstanding achievements: including three Cy Young Awards, 40 shutouts, and nearly 2,400 strikeouts. Koufax threw four no-hitters; one was a perfect game. In 1966 he led the major leagues in wins for the third time.13

As for Jerry Lewis, his ties with baseball continued long after his Astrodome appearance. In 1995 he took a diabolical turn as Mr. Applegate in the Broadway revival of the musical Damn Yankees.

The author acknowledges the invaluable assistance of Vince Lee, archivist at the University of Houston, who supplied articles about the game from the Houston newspapers.

In addition to the sources cited in the Notes below, the author consulted Baseball-Reference.com and Retrosheet.org for pertinent information, including the box scores below.

1 Elton John wore Los Angeles Dodgers garb when he performed at Dodger Stadium, for example. When Mary Tyler Moore walked onto the Metrodome field and threw out the first ball at a 2002 game, she wore a Twins jersey. Moore and the Twin Cities are forever linked through her epically successful and eponymous 1970s sitcom, set in a Minneapolis TV newsroom.

6 In the 2001 HBO documentary Shot Heard ’Round the World, Lewis underscores Durocher’s affinity for show business and links to the biggest entertainers of the day, including himself, Dean Martin, George Burns, Danny Kaye, and the Marx Brothers. “One spring training, Dean Martin and Jerry Lewis were shooting a movie near where the Giants were training,” said sportswriter Roger Kahn. “And neither of them were shy and they said we’d like to work out in the infield with the New York Giants. Durocher said, ‘Great! Love to have you boys!’ And the whole day’s workout was disrupted by these two clowns kicking ground balls.”

7 New York Times film critic Bosley Crowther thought the comedy was stale. “The trouble with Mr. Lewis’s impersonations is that he’s done them all so many times, in one or more variations, that anyone who’s seen two of his films has pretty well seen all of them—or seen as much as Mr. Lewis is given to project.” Clifford Terry’s review in the Chicago Tribune emphasized the same point about similarity but credited Lewis’s acting choices: “Whereas in the past he would have strained for the guffaw gimic [sic], he now pulls up just short.” Kevin Thomas had high praise in the Los Angeles Times: “Crowded with beautiful girls and bright gags, it takes off like a magic carpet that never lets down. Most important, it provides Lewis a chance to display a new dimension of sophistication while retaining all of his old-time fun.” Bosley Crowther, “Screen: Jerry Lewis in ‘3 on a Couch,’” New York Times, July 7, 1966: 29; Clifford Terry, “Subtler Touches Make Lewis’ Comedy Better,” Chicago Tribune, July 19, 1966: B3; Kevin Thomas, “A Laugh-Stuffed, Well-Made ‘Couch,’ Los Angeles Times, July 21, 1966: A8.

13 He also led the NL in ERA for the fifth straight time. It was the third season of leading the majors in this category.