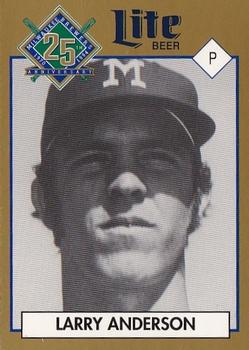 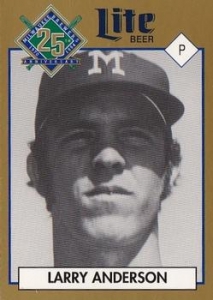 John Caruso’s short-lived professional career was not packed with highlights, but he knew how to pick his spots.

The third baseman played a single season in the Pittsburgh Pirates’ organization in 1971, as a member of the Niagara Falls (New York) Pirates of the short-season Class A New York-Penn League. In 54 games and 142 at-bats, the 22-year-old Caruso hit just .148 with a solitary home run.

But his only homer broke a 2-2 tie in the Pirates’ first game of the season, giving the team a lead it never relinquished. Caruso and his teammates pulled away to a 7-5 Opening Day victory – spoiling the home opener of the Newark (New York) Co-Pilots, a Milwaukee Brewers farm club.

Caruso had signed with the Pirates’ organization earlier that month after being chosen as a 30th-round draft pick from Regis University in Denver, where he was selected for several all-conference teams.1 A preseason news story noted that Caruso “impressed the Bucs with his bat control, speed and gritty defensive play,” indicating that he might be the starting shortstop.2

Only two of the Pirates’ 31 picks in the June 1971 draft went on to play in the majors – shortstop Craig Reynolds and pitcher Doug Bair.3 A third, shortstop Terry Collins, never reached the big leagues as a player but managed the Houston Astros, Anaheim Angels, and New York Mets.

Caruso joined Collins and about a half-dozen other brand-new Pirates draftees at Niagara Falls. The city hosted Pirates farm teams in the New York-Penn League from 1970 to 1979, and a few of the players who suited up there became well-known big-leaguers.4 However, none of the players in the team’s 1971 Opening Day lineup played in the bigs.

Niagara Falls’ starting pitcher, 18-year-old righty John Bedard, compiled a 5-12 record and 6.07 ERA between two levels of low minor-league play that season. The Springfield, Massachusetts, native was exclusively a pitcher in 1971, but switched primarily to catching in his final season, 1974. His career peaked at Class A. Bedard’s older brother, Richard, was a Niagara Falls teammate, hitting .200 in 57 games at four positions in his only pro season.5

The Pirates’ manager to start the season was former infielder turned first-year skipper Chuck Cottier.6 Cottier later led the Seattle Mariners for parts of three seasons from 1984 to 1986 and spent 18 seasons as a major-league coach.

Former pitcher Al Widmar, between stints as a big-league coach, managed the Co-Pilots. He’d been on the Phillies’ staff for most of the 1960s, resurfaced with the 1973-74 Brewers, and finally served as the Toronto Blue Jays’ pitching coach throughout the 1980s.

Widmar’s team was also stocked with fresh talent from the June 1971 amateur draft. This included pitcher Larry Anderson, a second-round pick; catcher Charlie Moore; and pitchers Tom Hausman and Kevin Kobel. Anderson and Moore made their professional debuts in the Opening Day game – Anderson as the starting pitcher, Moore as a pinch-hitter. Anderson, a right-hander from the Los Angeles area, went 4-7 with a 6.65 ERA in 13 starts that season.7 The Brewers’ first-round pick, shortstop Tommy Bianco, had just signed as of June 24 and joined the Co-Pilots a few days later.8

Two other notable names making their pro debuts had signed with the Milwaukee organization as undrafted free agents in October 1970. Seventeen-year-old right fielder Sixto Lezcano played 12 seasons in the majors, winning a Gold Glove in 1979 and leading the league several times in defensive measurements, including outfield assists.9 And pitcher Bill Castro, who appeared in relief, made 303 appearances as a major-league pitcher and spent 20 seasons as a bullpen and pitching coach, mostly with Milwaukee.

Starting pitchers John Bedard and Anderson both struggled with control in 1971: They finished first and third among New York-Penn League pitchers in walks, issuing 64 and 57 free passes respectively.10 The 1,185 fans – including Brewers minor-league director Bob Quinn and US Congressman Frank Horton – saw an epic display of wildness in the top of the first. Anderson walked the first five batters, and also threw a pair of run-scoring wild pitches to hand Niagara Falls a 2-0 lead.11 Anderson got the hook without retiring a batter. Reliever Scott Larson, a righty out of Occidental College in Los Angeles, escaped the jam without further damage.

Seventeen-year-old Newark left fielder Bobby Dunn was the only New York-Penn League batter with a lower average than Caruso in 1971. Dunn hit .141 in 149 at-bats across 50 games. Still, in the bottom of the first, Dunn ripped a run-scoring double to put the Co-Pilots on the board. In the second, pitcher Larson helped his own cause: His sacrifice drove in second baseman Norman Hill to tie the game at 2-2.

Larson held the Pirates off the scoreboard in the second and third innings, then weakened in the fourth. Caruso’s leadoff homer handed Niagara Falls a 3-2 lead. With two outs, the Pirates piled on. Second baseman Ed Sherlin singled, stole second, and scored on a single by Collins. First baseman Ron Knaub hit a single that Dunn misplayed for an error, bringing Collins home. Right fielder Jimmy Johnson capped the rally with a single that scored Knaub for a 6-2 lead. Larson completed the inning and was removed. He worked three shutout innings but yielded five hits and four runs in the final frame.

The Co-Pilots mounted offensive threats in almost every inning – aided and abetted by Bedard, who handed out seven walks in 5⅓ innings. But they couldn’t score again until the seventh, when both teams tacked on a run. Caruso was again the Pirates’ hero in the top half, singling off Castro to drive in Knaub. Castro gave up three hits and a run in his first professional inning, but also notched his first strikeout.

In the home half, Newark added a run against reliever Dennis Slagle on a single by catcher Walsh and a double by third baseman John Bush. However, Bush ran himself into the first out in a rundown between second and third base. One out later, shortstop Salvador “Rosey” Rosario crunched a double as part of a 3-for-4 day at the plate. But pinch-hitter Moore ended the inning with a groundout.

The Co-Pilots rallied for their final two runs in the eighth, but once again ran themselves out of the chance for more. With one away, center fielder Sam Mejias singled. Dunn then hit his first of five homers that season, bringing the score to 7-5. Slagle walked the next two hitters, then gave way to Paul Strauch, a 22-year-old righty from the Boston area. Strauch got Bush to fly out to right field. Newark’s runner on second base had broken for third on the fly ball, and right fielder Johnson’s throw beat him back to second for an inning-ending double play.

The ninth inning passed quietly. Newark reliever Paul Lang worked his second hitless inning in the top half,12 and Strauch pitched a one-two-three inning including two strikeouts. The game ended in 3 hours and 41 minutes with Bedard earning the win, Strauch getting the save, and Anderson being saddled with the loss.

Both teams went on to unremarkable seasons. Niagara Falls finished in third place with a 37-33 record, nine games behind first-place Oneonta, a New York Yankees affiliate. Newark ended in fourth place at 35-35, 11 games back. A few players shined: Collins ranked among the league leaders in hits, Mejias placed near the top in doubles, and Strauch posted a minuscule 0.36 ERA in 18 games.

As for John Caruso, his season included some additional highlights. On July 3 his 10th-inning single scored Collins to give Niagara Falls a 5-4 win over Jamestown.13 On July 14 he belted a two-run triple in a 7-1 steamrolling of Newark.14 Two nights later, he singled and scored the go-ahead run in a 7-5 triumph over Oneonta.15 And in mid-August he was credited with making “dandy plays” in the field for the Pirates.16 No available news stories specifically discussed his poor performance at the plate. The Niagara Falls Gazette reported that Caruso was still on the Pirates’ roster as of late April 1972. No available news record reported his release, but when the 1972 season started, he was not on the field.

Caruso’s career ended in unusual fashion. He’d pitched in amateur baseball, and on the last day of the season, he was brought in for his only pro pitching appearance – replacing future big leaguer Lafayette Currence in the sixth inning against Newark. After notching a strikeout, Caruso gave up a single to Dunn and a homer to Mejias to turn a 1-1 tie into a 3-1 deficit. In the next inning, Lezcano touched him for an RBI double and first baseman Gary Martz hit a run-scoring single in a 5-3 Newark victory. Although he is not specifically credited in the box score, it appears Caruso was the losing pitcher. The winner, working eight strong innings, was Larry Anderson.17

This essay was fact-checked by Ray Danner and copy-edited by Len Levin.

In addition to the sources cited in the Notes, the author consulted Baseball-Reference.com and Retrosheet.org for general player, team, and season data.

Neither Baseball-Reference nor Retrosheet provides box scores of minor-league games, but the June 25, 1971, editions of the Niagara Falls Gazette and Geneva Times published box scores. Some play-by-play information was also extrapolated from these box scores.

The author thanks FultonHistory.com for making many of the cited newspapers available online.

2 Bill Wolcott, “Falls Bucs Have Experience, Brother Act,” Niagara Falls (New York) Gazette, June 20, 1971: 6D. As it turned out, Collins was the only player to appear at shortstop for the Pirates that season.

3 Reynolds and Bair were not assigned to Niagara Falls for the 1971 season. Instead, Reynolds spent the season with the Pirates’ team in the Rookie-level Gulf Coast League, while Bair divided the season between Class A Salem (Virginia) and Double-A Waterbury.

4 A partial list of notable Niagara Falls alumni from the Pirate years includes Ed Ott, Omar Moreno, Miguel Dilone, Rod Scurry, Al Holland, Dale Berra, and Rick Honeycutt. None of these players were on the 1971 team.

6 Health problems forced Cottier out of the dugout for much of the 1971 season, but he was the Niagara Falls manager on Opening Day.

9 Lezcano was not a factor on Opening Day, going 0-for-4 with a run scored.

12 Lang walked three hitters and struck out four in his two-inning stint.