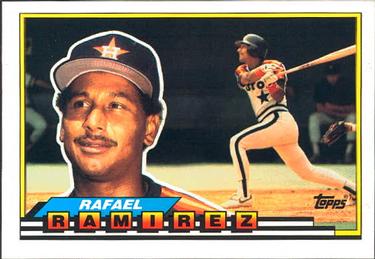 The Astros prepared for a four-game series at the Astrodome against the Los Angeles Dodgers starting on June 1 having just completed their best road trip of the season. On May 24, after losing four in a row, the Astros left for a six-game road trip against the Pittsburgh Pirates and St. Louis Cardinals. Perhaps in fear of falling to last place in the National League West, Houston caught fire, sweeping three games from both teams. Back in Houston, the Astros won the first two games of the series against the Los Angeles Dodgers to run their winning streak to eight games. They entered their June 3 game against the Dodgers in third place, two games behind the division-leading San Francisco Giants.

On Saturday, June 3, a rambunctious crowd of 34,425 made their way out of the muggy Houston heat into the cool, air-conditioned Astrodome to cheer on their local nine, the hottest team in the majors. Confidence around the clubhouse and in the stands was the highest it had been all season. The Astros sent Bob Knepper to the mound to face Dodgers starter Tim Leary. Right from the start, the game turned out to be something different than anyone expected.

The Astros’ winning streak appeared to be in jeopardy even before some fans took their seats. In the top of the first inning with one out, the Dodgers’ Jeff Hamilton (who would play a prominent role in the game’s outcome), singled off Knepper to drive in Mike Davis and Kirk Gibson for a 2-0 lead. In the top of the third inning, Eddie Murray scored the Dodgers’ third run on a wild pitch by Knepper.

The Astros got on the board in the bottom of the fourth when Glenn Davis homered off Leary,1 but the Dodgers went back up by three runs in the top of the fifth on Kirk Gibson’s solo home run. Leary kept the Astros’ bats relatively quiet until the sixth inning. With two outs, he surrendered back-to-back walks to Bill Doran and Glenn Davis. Dodgers manager Tommy Lasorda brought in left-hander Ricky Horton, who walked Terry Puhl to load the bases. On came Tim Crews, who allowed a two-run single to Ken Caminiti to make it 4-3, and a run-scoring single to Rafael Ramirez, to tie the game.2

Neither team managed another run for the rest of Saturday night. The game remained deadlocked, 4-4, after nine innings. The Astros nearly won the game in the bottom of the 11th inning off Dodgers reliever Alejandro Pena. With Craig Reynolds on third and Billy Hatcher on second, Gerald Young flied out to center field. Center fielder John Shelby made a solid throw to catcher Mike Scioscia who tagged Reynolds to complete the double play and keep the game going. In the bottom of the 15th, the Astros threatened again to end the game against Orel Hershiser, who was making a rare relief appearance. Hershiser, the defending NL Cy Young Award winner, had other plans. “I knew when Hershiser came in, (the game) was going to last a while,” said Glenn Davis.3 With the bases loaded and one out, Alex Trevino flied out to left field. Chris Gwynn caught the ball and fired to home to cut down the speedy Puhl and keep the game going.4

Jerry Crowe of the Los Angeles Times wrote that as the game continued, both teams “pulled [out] all of the stops in the late innings.” In the bottom of the 21st, the Dodgers put pitcher Fernando Valenzuela at first base, moved first baseman Eddie Murray to third (where he hadn’t played in 11 years), and let third baseman Hamilton pitch. “It felt to me that we were conceding the game,” said Hershiser.

At first, the move worked well for the Dodgers. Hamilton, throwing in the low 90s, breezed through the 21st without allowing a baserunner. But fortunes changed in the bottom of the 22nd. Doran led off the inning with a single to right. Davis grounded out to the pitcher. Hamilton intentionally walked Puhl and struck out Caminiti. Ramirez took advantage of the makeshift defensive alignment and lined a shot that caromed off Valenzuela’s glove at first and into right field. Mike Davis threw home but the throw sailed up the third-base line, allowing Doran to score the winning run. 5 At 2:50 A.M. on Sunday, after more than seven hours of baseball, the longest night game ever in the National League up to that point was over.

Dodgers announcer Vin Scully expressed the exhausted emotions of both sides in his usual genteel manner as he called the end of the game for fans who stayed up to watch all 22 innings: “Once again we can look at the reaction of the managers and this time it’s the scene you can take to bed. The joy of [Astros manager Art] Howe and the shocked look on Lasorda and Hamilton is still steaming. What a finish. What a game.”6 Scully was right about Hamilton. The Dodgers third baseman became only the second non-pitcher in 26 years to get a decision. “I was excited about getting to pitch but that doesn’t mean much when you lose,” Hamilton said. “I’m mad about losing but I still can’t believe I was out there. I’ve always wanted to pitch.”7

The game ranked high in baseball history both for how long it took and the number of innings played. The 7-hour, 14-minute, 22-inning game was the longest night game in major-league history. The game eclipsed the previous record previously held by Milwaukee Brewers and Chicago White Sox on May 8 and 9, 1984. (The game was interrupted by an American League-imposed curfew. The National League had no such curfew restrictions. The longest game by innings in the major leagues was a 1-1, 26-inning tie between Boston and Brooklyn on May 1, 1920.)8

The Wall Street Journal picked the marathon as the most remarkable game of the 1989 season.9 And 15,000 viewers across the Southwest missed the end of the game. Home Sports Entertainment, which carried most Astros games during the season, was not a 24-hour operation. Viewers in the Houston area continued to see the game on a local channel after HSE went dark at 4 A.M. The 15,000 fans outside the local area saw the game disappear from their screens at 2 A.M. After several viewers complained, a representative said that the network would look into preventing this from happening again.10

This article appears in “Dome Sweet Dome: History and Highlights from 35 Years of the Houston Astrodome” (SABR, 2017), edited by Gregory H. Wolf.