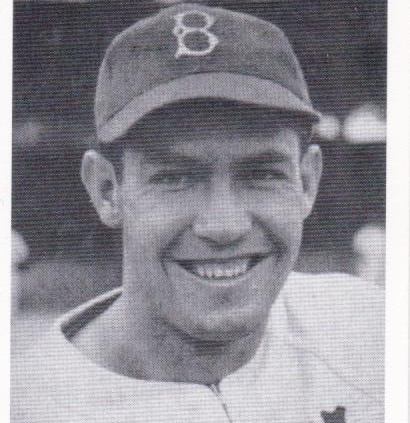 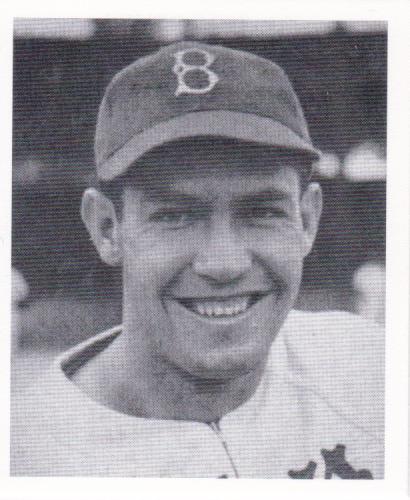 As any good baseball historian knows, Cleveland Indians shortstop Ray Chapman is the only player to die from an injury sustained during a major-league baseball game. But 27 years after Chapman was struck and killed by a pitch, a Brooklyn Dodgers outfielder came frighteningly close to becoming the second.

Long before 1947, Pete Reiser had a reputation for risking his life to win ballgames. In 1942 he cracked his head against an outfield wall while chasing a drive by the Cardinals’ Enos Slaughter.1 In 1946, his head struck the wall again as he tried to haul in a smash from the Cardinals’ Whitey Kurowski.2 Playing ball for the Army during World War II, he chased a ball over a makeshift fence and fell into a 10-foot ditch, separating his right shoulder.3 Those were just the major incidents. At other times, he was knocked unconscious by a pitch, cut his back on an Ebbets Field exit gate, and broke his leg sliding into second.

Sportswriters of the time never stopped lamenting Reiser’s hopped-up, bulldog approach to the game, for most felt that had he played more carefully, he could have been one of the game’s all-time greats. In 1941, just 22 years old, he had led the National League in runs, doubles, triples, batting average, and several other categories. “Pete may have been born to be the best player who ever lived, but there was never a park big enough to contain his effort,” wrote columnist Red Smith when Reiser died in 1981. “He was a man of immeasurable skills and unconquerable effort who played the only way he knew how — hitting, running, sliding, crashing into outfield walls — until he had literally broken his magnificent body to bits.”4

Pete was in relatively good health and playing center field on the night of June 4, 1947, as the Pirates came to Ebbets Field to take on the Dodgers. The game was important to both teams, as the entire National League was packed into a narrow band of 6½ games. The Dodgers trailed the league-leading Giants by one game; the Pirates were behind by five. Pittsburgh was trying to make up ground after losing a doubleheader to Brooklyn the day before, an unusual day in that the Dodgers’ Rex Barney won both games, the first as a starter and the second with four innings of relief.

The Wednesday night contest got off to an explosive start when the Pirates’ Ralph Kiner, en route to a league-leading 51 homers, blasted a Ralph Branca pitch over the left-field wall with two out in the first to make the score 1-0.

The Dodgers retaliated with four runs in the second, all of them coming on a one-out grand slam to left by Pee Wee Reese. Brooklyn added three more in the third, this time with characteristic help from the fleet Reiser. After reaching base on an infield grounder that forced out Jackie Robinson, Pete stole second base and scored a minute later on a triple by Gene Hermanski. The next batter, Bruce Edwards, homered into the left-field stands, knocking starter Elmer Singleton out of the game and giving the Dodgers a 7-1 lead.

The Pirates got one run back in the fourth when Kiner’s mentor and teammate, Hank Greenberg, sent yet another ball into the left-field seats. Dodgers 7, Pirates 2.

That score still held when the Pirates came up in the sixth. Branca had no trouble with leadoff batter Billy Cox, retiring him on a popup to Reese. Next up: Culley Rikard, a 33-year-old minor-league veteran who had made the Pirates’ roster as a backup that spring but had recently claimed the center-field job as the result of a hot bat. He had lashed out four hits during the doubleheader the day before, including a pair of doubles.

Branca worked Rikard to a 3-and-2 count, then fired a pitch that Rikard walloped and sent sailing toward the center-field wall, about 400 feet away. The only man between the ball and the barrier: Pete Reiser.

The newspapermen on hand described what happened next:

Reiser soon woke up, very much alive, although not feeling well. “I don’t even remember making the catch,” he said.11 Someone handed him a cigarette, which he smoked (“shakily,” according to Burr) while waiting for an ambulance to take him to Swedish Hospital, five minutes away on Bedford Avenue.

Dr. Rossi said there was no skull fracture, a diagnosis confirmed by X-rays at the hospital. Instead, he had another concussion, along with cuts and lacerations to his scalp.12

The “meaningless” game continued to the end, with young Duke Snider replacing Reiser in center field. The Pirates added two runs in top of the eighth; the Dodgers padded their lead with two runs a half-inning later to make the score 9-4. Despite some shaky moments, Branca ended up going the distance, clinching his sixth win of the season. He’d finish the year 21-12 with a 2.67 ERA, easily the best season of his 12-year career.

After the game, the Dodgers talked about their fallen teammate in hushed tones. “He was bleeding pretty badly,” Walker said. “Sure gave me a fright when I raced out there. I still have some of the blood on my uniform. When I got out there, Pete was conscious and he was saying, ‘Hell, fellas,’ as if he was terribly sorry he had let us down.”13

Of course, Reiser hadn’t let the team down — he had just made a tremendous catch. Or had he? Years later, Hermanski told Reiser’s son-in-law, Rick Tuber, that Pistol Pete did not hang on to Rikard’s long drive.

Amazingly, Reiser was not out for the year. He spent five days at Swedish Hospital,15 rested for a month, then returned to action on July 12. Even more amazingly, Reiser fought off headaches and dizzy spells and hit .331 for the rest of the season, helping the Dodgers win their first NL pennant in six years. It was more proof that had he stayed healthy, Reiser truly might have been one of the best players baseball has ever seen.

The author adapted this article from a book on Pete Reiser he is writing. Joseph previously authored Last Ride of the Iron Horse: How Lou Gehrig Battled ALS to Play One Final Championship Season (Sunbury Press, 2019).

Descriptions of the game action come from box scores and play-by-play accounts on Baseball-Reference.com and Retrosheet.org.

10 W.C. Heinz, “The Slow Destruction of Pete Reiser, the Greatest Player Who Never Was,” True Magazine, 1958.