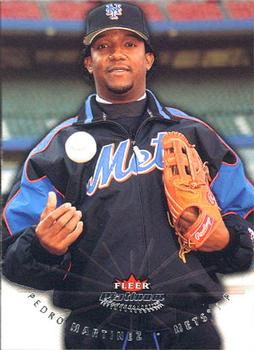 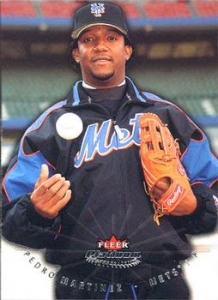 The New York Mets were trying to return to relevance in the National League East after finishing no higher than third in their division over the previous three years. Willie Randolph had been hired as their manager in the offseason in the hopes that he would bring some energy to the club. After finishing the first two months of the 2005 season with a 26-26 record, they had won four of five games in June to put them just a game out of first.

Their opponent on June 7 was the Houston Astros, a team that was struggling. They arrived in New York with a 21-34 record. Houston was mired in fifth place in the National League Central Division, 15 games behind division leader St. Louis. Their offense was almost nonexistent: They had scored the fewest runs and had the lowest batting average in the National League.

Pedro Martinez was given the nod for the Mets. The future Hall of Famer had been signed as a free agent in the offseason. Martinez earned two Cy Young Awards in his seven years with the Boston Red Sox while going 117-37. The Mets hoped he would upgrade a pitching staff that had finished 15th in the league in strikeouts and seventh in ERA in 2004.

Martinez’s signing had paid off for the Mets so far. He entered the game with a 6-1 record and 92 strikeouts. If anything, Martinez seemed to be getting even better after receiving a shot of cortisone in his hip in the middle of May. “After the shot, everything’s been good,” he said. “I’ve been able to work. Being able to work has been big to hold my stamina.”1 Martinez had pitched eight stellar innings in his previous start, striking out nine Diamondbacks as the Mets won 6-1.

Randolph had nothing but praise for his starter, saying, “The bottom line for me is that he’s just awesome. That’s really all I need to know about him.”2 Mets fans had also taken notice. The team said it sold 5,000 tickets for the Tuesday night game in the 24 hours after Martinez was announced as the starter.

Martinez shut down the Astros right from the start. He threw just 63 pitches over the first six innings. The Astros managed to get just one runner on base, Orlando Palmeiro, who led off the fourth with a walk. But even that opportunity was lost three pitches later on a groundball double play.

Craig Biggio, who went hitless against Martinez and was one of his 12 strikeout victims, told reporters, “You know you’re in for a battle against him. There’s a reason why he was one of the most sought-after free agents. He gives his team an opportunity to win. He’s one of the best.”3

Roy Oswalt started for the Astros. He led the league with 20 wins in 2004 but came into this game with a 6-6 record after struggling in May, losing four of his six starts.

The Mets wasted no time in jumping on Oswalt. Mike Cameron doubled off the right-hander in the first. He came home two batters later when Cliff Floyd doubled to deep center field.

Martinez helped himself in the fifth when he hit a leadoff single. It was his second hit of the season after he went hitless in his first 29 at-bats; his first hit was in his previous start, against Arizona. Martinez moved to second on Jose Reyes’ groundout and to third on Cameron’s single to center. Carlos Beltran brought him home when he hit a ground ball up the middle for the Mets’ third single of the inning. It was the run that Martinez needed to cinch in the win.

By the seventh inning, the crowd at Shea had taken notice. Martinez was closing in on a no-hitter and if he completed it, the 39,953 fans would witness something that no other Mets pitcher had accomplished.

With one out in the seventh, Astros rookie Chris Burke came to bat. The rookie had started the season with the Astros, was sent back in early May, and had been recalled the week before. He was batting .200 since his return. Burke hit into groundball outs in his first two at-bats against Martinez. With the count 1-and-1 in the seventh, he swung at a curveball. The ball sailed over the left-field fence for Burke’s first major-league home run.

Burke said later that that many different thoughts ran through his mind as he rounded the bases. “First, it was the gratification from hitting the ball well. And then realizing that you broke up the no-hitter, you got your first home run, and it’s off Pedro Martinez.”4

After Burke returned to the dugout, the crowd gave Martinez a standing ovation. Martinez said afterward, “I didn’t really realize it until I heard the fans continue to clap after he rounded second. I never look at the scoreboard. I’m normally looking everywhere else, but not at the scoreboard.”6

Martinez struck out Biggio, then Lance Berkman singled to right field. It was the only other hit Martinez gave up. He got the side out in order in the eighth, then struck out the Astros on 11 pitches in the ninth, getting Burke on three pitches to end the game.

The Mets added another run in the seventh. It came after a bit of excitement as Oswalt hit Cliff Floyd in the right arm with a 94-mph fastball. The pitch came with two outs and Beltran on second, the result of a single to right and a wild pitch.

Floyd had two hits off Oswalt earlier in the game to help the Mets grab the lead. He also hit a grand slam against him the year before and was convinced that Oswalt hit him on purpose. Both bullpens emptied as Floyd pointed and shouted at Oswalt while walking down to first. Although he resisted going after the pitcher, Floyd later said he regretted not going after him.

“Every dog gets its day; he’ll get his,” Floyd said after the game. “It’s unfortunate he goes that route. Every idiot like that deserves to not only lose the game, but deserves to get a ball hit off his” — Floyd paused— “somewhere.”7

After everything settled back down, Oswalt walked Piazza and surrendered a single by Marlon Anderson to send Beltran across the plate for the Mets’ third and final run. After the hit, Oswalt was replaced by Chad Qualls.

In the end, Mets fans saw further evidence “of a revival inspired by Martinez.”8 He put on a show, throwing 110 pitches, 80 of them strikes. Martinez retired the side in order eight times. Floyd noted Martinez’s efficiency when he said in the locker room, “It’s 9:30 and we’re getting ready to go home. It’s a treat, man.”9

Mets fans had been waiting 44 years to see a no-hitter. That wait would continue. But no one left feeling disappointed: Martinez had treated them to another stellar pitching performance.

His teammates shared the excitement that Martinez provided. Cameron said Martinez just seemed to get better and better, saying, “He doesn’t have the career record that he has because of his talent. That has a lot to do with it, but he doesn’t throw 96-97 miles an hour anymore. He’s pitching at 87-88-91, sometimes 92, but the thing I think about is his deception in the strike zone. You see the swings off him — it’s 88, and they’re late on the fastball.”10

Floyd was even more direct about Martinez’s performance and influence on the team: “Without him, who knows where we’d be?”