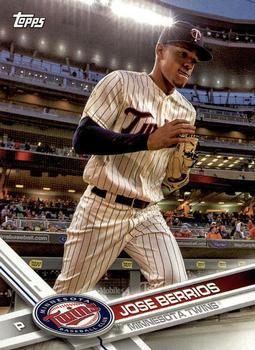 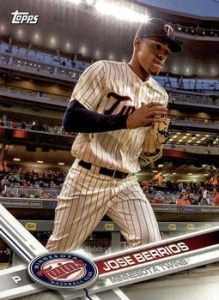 Coming into the final day of scheduled games in the Jalisco pool of the 2017 World Baseball Classic (WBC), Puerto Rico already knew it could move on with a win.1 The top two teams in each pool were advancing to the second round. By winning its first two games against Venezuela and Mexico, Puerto Rico was in control of its destiny.

The other spots were up for grabs among Italy and Venezuela, which had split their first two games, and Mexico, which had lost both games. Mexico and Venezuela were meeting that night, while Italy and Puerto Rico met in this Sunday afternoon game, which turned out to be another successful outing for Puerto Rico.

Puerto Rico sent young curve-baller José Berríos to the mound. The second Puerto Rican player taken in the June 2012 amateur draft—WBC teammate Carlos Correa was the first—the 22-year-old Berríos had debuted in the majors with the Minnesota Twins in 2016, splitting time between the parent club and the minors.2 The Twins planned to have Berríos in their rotation in 2017 and were hoping his spring-training regimen would not be affected by the WBC.

The WBC teams playing in the Western Hemisphere—besides Jalisco, another pool was in Miami, Florida –had played some games against major-league teams during spring training the previous week. On Thursday, March 10, Berríos pitched a scoreless inning against the Colorado Rockies.3 Puerto Rico then came down to Mexico and played its first game on Friday, beating Venezuela. On Saturday night, Puerto Rico beat Mexico in a raucous game that ended at 12:20 A.M.

Barely 13 hours later, Berríos delivered the first pitch, a strike, to Brandon Nimmo of Italy. But Berríos’s next four offerings missed and Nimmo was on. Berríos found the strike zone with his next pitch, but it was to the liking of John Andreoli, who hit it off the batter’s eye in center for a two-run homer, giving Italy a 2-0 lead.

Puerto Rico got a run back in the bottom of the inning. Ángel Pagán lined Luis Lugo’s first pitch down the left-field line and was awarded a double when a fan interfered with the ball near the stands in foul territory. Pagán went to third on a passed ball by Drew Butera and held as Francisco Lindor grounded back to Lugo. After Correa walked, Pagán held again as Carlos Beltran flied out to Rob Segedin in left. Javier Baez, however, brought Correa home by lining a single to left.4

Italy increased its lead to 3-1 in the second on a two-out solo homer to left by Butera, but Puerto Rico kept up the pressure in the bottom of the second. Roberto Perez led off with a walk, stopped at second on Mike Avilés’s single, and scored on a single by Enrique “Kike” Hernandez that sent Avilés to third.

Pagán grounded to second baseman Daniel Descalso, who tried to tag Hernandez. Hernandez avoided the tag by heading back to first; Descalso took the easy out, throwing to Chris Colabello at first to retire Pagán.  Colabello then threw to shortstop Gavin Cecchini to trap Hernandez in a rundown. As Cecchini tagged Hernandez to complete the double play, Avilés came home with the tying run.

Puerto Rico took the lead in the third. Correa looked at Lugo’s first four pitches for a walk. Beltran grounded the next pitch down the left-field line for a double, scoring Correa. After Baez grounded out to Alex Liddi at third, Jordan Romano relieved and loaded the bases by hitting Kennys Vargas with a pitch and walking Perez, then got out of it by striking out Avilés and getting Hernandez to look at a third strike on a full count.

Romano couldn’t pull off another escape act in the fourth, however. He walked Pagán to start the inning and gave up a single to Lindor. Correa hit a three-run homer to left to increase the lead to 7-3.

Two more runs in the fifth inning gave Puerto Rico runs in five straight innings. Avilés and Hernandez led off with triples to produce Puerto Rico’s eighth run. After Pagán struck out, Lindor drove in Hernandez with a sacrifice fly to complete the scoring in the game.

Berríos had pitched through the fifth, nearing the first-round pitch limit of 65. (Berríos had 62.) After Butera’s second-inning homer, Berríos put down the final 10 batters he faced, half of them on strikeouts as he consistently and quickly hammered home his curveball.

Hiram Burgos and Miguel Mejia went the rest of the way for Puerto Rico as Italy got only two more runners—Colabello with a two-out walk in the seventh off Burgos and pinch-hitter Alessandro Vaglio with a one-out single off Mejia in the ninth.

Light rain was falling by the end of the game, which was played in 2 hours 42 minutes. The rain stopped before the Sunday night game, in which Mexico beat Venezuela 11-9. That game that lasted 4 hours 44 minutes and ended at 12:52 A.M., the second straight late night in Jalisco.

Puerto Rico, with its win, earned a spot in the second round. Italy had to hope for a Mexico win, or at least a high-scoring game. It got both. Mexico’s win over Venezuela put three teams at 1-2.

The first step in the three-team tiebreaker was to eliminate the team that gave up the most runs per inning in the field in games among the tied teams. The difference in this category between Italy, Venezuela, and Mexico was slim, but Mexico was eliminated. Italy and Venezuela were matched in the tiebreaker, and Venezuela advanced with a one-run win.

Berríos had pitched a solid game, and his team made it through the second round and advanced all the way to the WBC championship game. But Berríos didn’t pitch again until that final game and just briefly as Puerto Rico lost 8-0 to the United States for the title.

The Twins had hoped that Berríos would begin the 2017 season in their starting rotation. With barely seven innings pitched over a two-week span, however, Berríos missed a chance to make the Opening Day roster for the Twins, who decided, as a result of his lack of work, to have him start in the minors.5 (Another Twins pitcher on the Puerto Rico roster, Hector Santiago, also saw limited action in the WBC. Santiago pitched 2⅔ innings in the Jalisco pool and in the second round before getting in 3⅓ innings in the semifinal game. Santiago, a veteran, was still in the Minnesota rotation when the season opened.)

“We had a little tentative [rotation] order coming into camp,” said Twins manager Paul Molitor, “but that [WBC] thing has wreaked a little havoc on us.”6

As it happened, Berríos joined the major-league rotation on May 13 and remained for the rest of the season. He finished his rookie year with a 14-9 record and a 3.89 earned-run average. Minnesota finished second in the American League Central Division before losing the AL wild-card Game to the New York Yankees, with Berríos taking the loss in relief.

Memories and scorebooks of the authors, one of whom was the official scorer and the other who did the press-box announcing in English and Spanish.

2 The Twins selected Berríos with the 32nd overall pick.

4 Because of Butera’s passed ball, Pagán’s run was unearned.