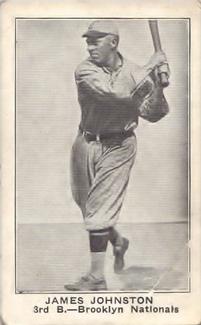 The headline read, “Player Collapses in Box.”1 After pitching to just three Brooklyn Robins batters, Philadelphia Phillies hurler Bill Hubbell was carried off the field. He had sustained a concussion and skull fracture after being struck in the head by a line drive off the bat of Tommy Griffith. The batted ball was described as “flying like a projectile from a gun,”2 and Hubbell was taken to Philadelphia’s Stetson Hospital. The New York Times further reported, “Physicians intimate that the injury is probably fatal and that tomorrow will tell just what chance he has of recovering.”3 Team officials telegraphed Hubbell’s wife in Buhl, Idaho, and “advised her to come to Philadelphia at once.”4

It was the first scheduled doubleheader of the season for each team. In three days (May 25-27), the two teams were due to play three consecutive doubleheaders. The last-place Phillies were finally home after a 19-game road trip that produced a mere six victories. The visiting Robins would be heading back to Brooklyn after these six games in Philadelphia; their 14 games on the road to this game had resulted in only five wins. (Yet they brought a three-game win streak to Philadelphia.)

The matinee was a makeup game, rescheduled from a rainout on April 17. The April 18 and 19 games had also been rained out, thereby creating the three back-to-back-to-back May doubleheaders. Approximately 2,500 fans showed up. The Philadelphia Inquirer told its readers that there was “quite a nice crowd on hand to greet the wanderers who have shown a disposition to take the lower rung of the ladder.”5

For the Phillies, Hubbell was given the mound duties. He had led the National League in two categories in 1921: home runs allowed (18) and balks (2). He had been the losing pitcher in his last three decisions, although he did win his only start against the Robins, on April 28, a complete-game victory over Burleigh Grimes. Grimes, the ace of the Brooklyn pitching staff, was named starter for the Robins. The righty had led the National League in 1921 with 22 wins, 30 complete games, and 136 strikeouts. However, after winning his first start, he was riding a four-game losing streak in this early part of the 1922 campaign.

Hubbell retired Andy High on a fly out to left to start the game. Jimmy Johnston followed with a double to right. Griffith settled into the batter’s box and then lined a pitch right back at Hubbell, who “clapped his hand to his head, reeled around like a person who had been shot and then fell to the ground.”6 The ball caromed away, but after retrieving it, the Phillies players noticed their pitcher on the ground. Players from both teams raced to the mound to assist Hubbell. An ambulance was summoned, and Hubbell was whisked away to the hospital.

There was still a game to play. Right-hander Jesse Winters came on to pitch. It was his eighth appearance of the season. With runners at first and third, Zach Wheat singled to right, and Johnston scored. Winters then worked out of the jam.

The Phillies “took this one-run advantage right away in their half of the opening frame.”7 Grimes walked Bevo LeBourveau. Russ Wrightstone singled to left with LeBourveau advancing to third base. Lee King grounded a ball to third baseman High, who caught LeBourveau in a rundown for an out. After Walker grounded into a force out, Frank Parkinson singled, driving in Wrightstone with the tying run.

From that point on, “the game was a free hitting, happy-go-lucky one, with the Brooklyns usually leading and the Phillies threatening vigorously.”8 Winters walked Ivy Olson to start the second inning, and Hank DeBerry followed with a home run into the left-field bleachers, the first circuit clout of his major-league career. Brooklyn put two more runners on base (Grimes walked and Johnson reached on a fielder’s choice), but again Winters shut down the rally.

In the bottom of the second, three straight singles by Roy Leslie, Butch Henline, and Winters produced a run for the Phillies, but Brooklyn added its fourth run in their turn at bat in the third. Myers singled and went to second on Ray Schmandt’s groundout. Olson grounded a single to center for a run batted in, and the Brooklyn lead was back to two runs.

Philadelphia tied it again in the fifth. King started the rally with a double to left. Curt Walker traded places with him by doubling into the left-center gap. Walker moved to third on Parkinson’s groundout, and Art Fletcher made the score 4-4 with a run-scoring infield single.

Brooklyn countered right away. In the top of the sixth, Grimes reached second base on Philadelphia second baseman Parkinson’s errant throw to first. An out later, Johnston, who had grounded into a fielder’s choice in the second and singled in the fourth, drove an RBI triple to deep center and “carried the second marker”9 of the inning on Griffith’s sacrifice fly.

Grimes started fading in the sixth. Three more singles (Winters, Wrightstone, and Walker) produced Philadelphia’s fifth run of the ballgame. An inning later, Grimes served up a solo home run to Leslie that landed well beyond the center-field fence. This was also Leslie’s first career home run. Grimes finished the inning but was relieved by Sherry Smith in the bottom of the eighth with the score tied, 6-6.

The game was decided in the ninth inning. With the game still a 6-6 tie, Johnston led off with a home run (his second of the season) over the fence in left-center. After Griffith flied out, Wheat hit a homer (his fifth) to the same spot as Johnston. Winters got out of the inning, but Brooklyn had a two-run lead. With Smith still on the mound for the Robins in the bottom of the ninth, Parkinson hit a one-out single up the middle. Fletcher doubled to right, with Parkinson holding at third base. Leslie grounded out to Johnston at second, but Parkinson scored. With Fletcher only 90 feet from home plate, Henline had a chance to be a hero, but he too grounded a ball to Johnston, who flipped the ball to Schmandt at first for the final out of the game. The Robins had “stall[ed] off the one run rally of the Phillies,”10 hanging on for the 8-7 win.

Johnston’s homer in the ninth meant that he had hit for the cycle. He raised his average 14 points to .369. His OPS jumped 80 points to .889. He had extended his hitting streak to eight games. The Robins swept the doubleheader, winning the nightcap 9-6 and lengthening their winning streak to five games.11 They had 27 hits to go with 17 runs in the twin bill. Johnston was 2-for-5 in the second game with an RBI and a run scored.

This was the second time in 1922 that a batter had hit for the cycle, following Ross Youngs (New York Giants on April 29). Two more hitters accomplished the rare feat after Johnston: Ray Schalk (Chicago White Sox on June 27) and Bob Meusel (New York Yankees on July 3, his second career cycle). Johnston was only the second player in Brooklyn franchise history to hit for the cycle, doing so 32 years after Tom “Oyster” Burns (August 1, 1890), who played for the Brooklyn Bridegrooms during their first season in the National League.

Bill Hubbell regained consciousness at the hospital. Manager Kaiser Wilhelm and several Phillies players visited Hubbell in the hospital after the doubleheader. The day after Hubbell was hit by the line drive, newspapers recalled the game just two seasons earlier, when Cleveland’s Ray Chapman was beaned by a Carl Mays pitch at the Polo Grounds.12 Chapman died the next day.

Miraculously, Hubbell was discharged on June 3, “almost completely recovered from his injury.”13 Reports claimed that when he would return to the pitching box, if he even did, he would “wear a specially constructed steel plate to guard the area over his right ear against further concussion.”14 He returned to the pitcher’s mound on June 17, pitching 8⅔ innings in relief of rookie John Singleton. Hubbell started for the Phillies on June 23, and he made 24 more appearances after that. He stayed on the Phillies staff until the beginning of the 1925 season, when he was traded — to the Brooklyn Robins — for Art Decatur.

The day after the game in which Hubbell was struck, the Brooklyn Daily Eagle ran a story with a conjecture that he was a “victim of the lively ball.”15 Wheat, who was on deck when the accident occurred, claimed that “Griffith did not get hold of the ball fully with his bat.”16 In addition, players seem to be hitting more home runs, and the balls were going farther. In the doubleheader, the two teams combined for “seven circuit swipes into the bleachers.”17 The Philadelphia Inquirer reported that Johnston’s and Wheat’s home runs were “hit so hard [they] went out of the pasture,”18 and that “home runs were becoming rather common.”19

11 Brooklyn’s win streak reached eight games, as they won the first five from the Phillies. This was their longest winning streak of the 1921 season.

14 “Hubbell Out of Hospital; To Wear Steel Ear Plate.”

17 “Home Runs Too Much for Phillies.”

18 “Home Runs Too Much for Phillies.”

19 “Home Runs Too Much for Phillies.”