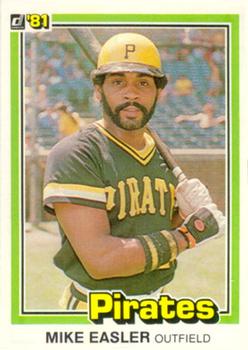 The long history between the New York Mets and Pittsburgh Pirates saw the teams play the first home game in Mets history in 1962 at the Polo Grounds and the first game ever at Shea Stadium. The Pirates won both, though for the record the Mets won the first game between the teams at Citi Field, in 2009. That, however, came 30 years after one of the strangest games between the two teams that never properly ended.

The Mets hadn’t won the season series at home against the Pirates since 1973, when they vaulted from last place to first in the last month of the season. The “Ya Gotta Believe” touchstone moment occurred when a seemingly sure Pirates home run hit the top of the wall, caromed to left fielder Cleon Jones, and turned into an out at the plate by the Mets on their way to a division title and NL pennant. That was the distant past as the 1970s drew to a close. The 1979 Mets were terrible, run into the ground by management, and within a year were sold by the husband of original Mets owner Joan Payson, dead since 1975. Drawing the fewest fans at home for a season in their history (788,905), manager Joe Torre’s moribund Mets had to win their last six games of ’79 just to avoid 100 losses. (Yet they still fetched a record price that winter from Nelson Doubleday of the Doubleday publishing empire with local developer Fred Wilpon ponying up 3 percent of the record $21.1 million price.)

Still, the 1979 Mets were feisty against the Pirates. When the teams first met, in mid-May, the last-place Mets came to Three Rivers Stadium with a record of 10-20 and promptly shut out the fifth-place Pirates, who fell to 12-18. The next night the Mets tied Pittsburgh in the ninth on a Gil Flores RBI and pulled it out in the 13th inning on Mike Easler’s pinch-hit home run. The next night the Pirates trailed by a run in the eighth when Willie Stargell, with more homers against the Mets than any other player, launched a two-out, two-run shot off rookie left-hander Jesse Orosco that stood up for a 6-5 Pittsburgh triumph. From that point on, the Pirates had the best record in baseball at 86‑46.

Despite a six-game winning streak begun by Easler’s home run, the Pirates were still under .500 when they arrived at Shea Stadium on Memorial Day weekend. The crowd of 6,611 for the opener, on Friday, May 25, would have been laughable if it hadn’t been larger than two of the crowds in Pittsburgh the previous week against the Mets. And the weather had been just about as lousy as the Mets. May had more days with measured precipitation than any other month in New York in 1979. The mist lingered.1

Former Pirate Richie Hebner, acquired before the season, had made it clear he did not like playing in New York. But he still had just about the most productive bat on a bad team. The cleanup hitter singled home Lee Mazzilli for the first run of the game off lefty Jim Rooker, making his second start of the year after beginning the year on the disabled list.2

Craig Swan, the 1978 league ERA leader, who had tossed a combined shutout with Skip Lockwood for the Mets in Pittsburgh a week earlier, was perfect for four innings. Stargell broke up the early no-hit bid with a leadoff double in the fifth. Pops was promptly picked off second base by catcher John Stearns. Stargell’s double and Dale Berra’s infield single were the only two hits for the Pirates through seven innings.

The game moved along with little action, but in the stands it was a disturbingly different story. Sitting in a front-row box seat along the first-base line, not far from the Mets dugout, Jennifer Davidoff of Manhattan, a 14-year-old ninth-grader at Horace Mann School, was struck in the face by a line drive by the Mets’ Steve Henderson. Ensconced in box seats held by American Express, where her uncle was an executive, the girl was looking at the right-field scoreboard when the ball hit her face. The blow struck her with such force that the stitches on the baseball left impressions on her skin. It shattered her cheekbone, causing a concussion and leaving her legally blind in her left eye. Mets owner and president Lorinda de Roulet, Joan Payson’s daughter, accompanied her to the first-aid station. The girl spent one night at the nearby Booth Memorial Medical Center and 10 at Mount Sinai Hospital.3 The Davidoff family lost a $2.75 million suit against the city and the team’s insurance carrier in the state Court of Appeals in 1984.4

Henderson later said the incident “scared the hell out of me; I thought I killed her.”5 Regardless of how it affected the players who witnessed the scene, there was minimal action until the eighth inning. Lee Lacy singled to begin the top of the inning for Pittsburgh’s third hit of the game, and was still on first with two outs when Easler pinch-hit for Rooker. Easler had spent parts of five seasons in the big leagues and his biggest moment to date in 69 major-league games had been his game-winning home run nine days earlier against the Mets. He had not played the field yet in 1979 and would start just three times all year before becoming a regular. Easler hit Swan’s pitch over the right-field wall and into the growing mist. Omar Moreno followed with a triple to right field and scored when first baseman Willie Montanez threw wild on the relay.

The Pirates had a chance to improve on their 3-1 lead, but they stranded two runners when pitcher Dale Murray snagged Ed Ott’s lineout to end the top of the ninth. Against the ’79 Mets a two-run lead was plenty — one-run was generally a big enough lead as the Mets went 24-35 in those situations. (The ’79 Pirates were 30-26.) But there was something about the ’79 Mets when they faced the Pirates in their pillbox hats and garish uniform combinations.

The Mets’ Joel Youngblood singled to left field to start the bottom of the ninth. Frank Taveras, traded by the Pirates to the Mets for Tim Foli in a swap of shortstops in April, made the first out by flying out to Moreno. But Mazzilli doubled home Youngblood and took third on Moreno’s error. With the tying run 90 feet away, lefty-swinging Hebner did not come through against a southpaw in the ninth as he had in the first. Grant Jackson got him to fly to Bill Robinson in left, too shallow to bring in the tying run. Then came a surprise. Chuck Tanner popped out of the dugout and motioned to the bullpen. The Pirates had already used Kent Tekulve. Enrique Romo was available, but Tanner opted for right-handed starter Bruce Kison, whose last save had come in 1976. Stearns foiled Tanner’s strategy with a single to left to tie the score. It was the third straight Pirates-Mets game in which one of the teams had come from behind in the eighth inning or later.

The night grew murkier, but Henderson was able to catch a fly ball without difficulty in left field the top of the 10th. Dave Parker did the same in the bottom of the inning in right field. Youngblood, who had been moved to second base two innings earlier, caught an infield popup in the top of the 11th. But those watching on TV saw mostly gray as the bottom of the 11th began. The fog had taken over. Robinson complained to umpire Billy Williams, but was sent on his way out to left field.6 His complaint quickly gained merit.

Youngblood’s leadoff fly ball to left off Enrique Romo was routine on any other night, or at any time earlier in the game. It was simply lost in the fog. Youngblood made it to third base as Robinson located the baseball on the outfield grass. Robinson followed close behind his throw, arguing with the umpires he’d warned about the fog just minutes earlier. The umpires pulled the players off the field for a fog delay. One hour and 18 minutes later, with Shea Stadium still shrouded in pea soup, the game was called.7

Exactly one month later the Mets and Pirates replayed the game from the start, as was the longstanding rule for ties then. On June 25 the teams played a twi-night doubleheader at Shea Stadium with the Pirates winning the first game and the Mets the second. Sounds like an amicable way to settle a tie unless you figure that with a runner on third and no one out, the chances of the run scoring and the home team winning are very high — even for the 1979 Mets. And the Mets’ 8-10 record was as good as that of any other National League East team against the Pirates. (The Phillies matched that mark.) Every win was needed in a race that came down to the wire. If the fog had lifted on May 25 and the game resumed, the outcome at Shea could have led to a whole different ending in an NL East race decided the last weekend.

Perhaps October would have had different heroes entirely if not for a foggy night in May.

2 Bill Rainer and David Finoli, When the Pirates Won It All: The 1979 World Champion Pittsburgh Pirates (Jefferson, North Carolina: McFarland and Co., 2005), 22.