An impressive number of intrepid Baltimore Orioles fans were in Veterans Stadium among the Philly faithful for Game Five of the 1983 World Series on October 16, one of them holding a sign reading, “The fat lady sings tonight.” After losing Game One at home, the Orioles took the next three and were looking to put the Series away with a fourth straight victory. The number of O’s fans in attendance was no surprise; they just drove up. Some called it “The I-95 Series” for the hundred miles of highway that connect Philadelphia and Baltimore. A crowd of 67,064 showed up for Game Five — the largest attendance for a World Series game since the St. Louis Cardinals faced the Maris/Mantle New York Yankees in Game Three at Yankee Stadium on October 10, 1964.1

Left-handed pitcher Scott McGregor, who took the loss in Game One despite giving up only two earned runs in eight innings, started for the O’s and their new manager, Joe Altobelli. Altobelli was trying to bring a World Series title to Baltimore for the first time since his longtime predecessor Earl Weaver did it in 1970. Phillies skipper Paul Owens2 called on hard-throwing righty Charlie Hudson to start, hoping to extend the series to a Game Six. They were looking to bring home a second title in four seasons.

The Phils won it all against the Royals in 1980, but the team had changed significantly since that championship year. Stars Mike Schmidt and Steve Carlton were still there, as were Tug McGraw, Pete Rose, and center fielder Gary Maddox. But no longer were outfielders Bake McBride and Greg Luzinski, catcher Bob Boone, and the middle-infield combo of Larry Bowa and Manny Trillo with the team. Trillo had been replaced by 40-year-old Joe Morgan,3 who along with the aging Rose (42), 38-year-old pitchers Carlton and McGraw, and late-in-career signee Tony Perez (41), helped give the team the nickname of the “Wheeze Kids.” Their own team president, Bill Giles, supposedly coined the unflattering pun, riffing on Philly’s young pennant winners of 1950 known as the Whiz Kids.4

After a scoreless first, Eddie Murray stepped into the box to lead off the second, a mighty pouf of black hair blooming from under his orange batting helmet.5 The All-Star first baseman had had an excellent season — a .306 average, .393 on-base percentage, 33 home runs, and 111 RBIs — but recorded only two hits in the first four games of the Series. Now, leading off the Baltimore second inning, he slammed a 2-and-2 fastball from Hudson over the fence deep in right for a 1-0 lead. In the third inning, Orioles catcher Rick Dempsey, also leading off, went deep for another solo shot, making it 2-0. In the fourth Murray homered again, this one a two-run blast. The shot scored Cal Ripken Jr. who had walked. It definitively ended Murray’s Series slump and gave his team a four-run lead.

The Phillies continued to struggle and frustrated fans started to boo in the bottom of the fourth after Schmidt grounded out weakly, making him 1-for-186 for the Series. His teammates were also retired quietly as McGregor cruised and the O’s extended their lead. Dempsey doubled to lead off the top of the fifth and Owens made a pitching change, replacing Hudson with reliever Marty Bystrom. After an error by catcher Bo Diaz and Bystrom’s wild pitch, the boos got louder. Al Bumbry scored Dempsey on a sacrifice fly, making it 5-0.

Bystrom and two more Philadelphia pitchers didn’t give up any more runs, but the National Leaguers’ offense was stymied. They got a rally of sorts started in the bottom of the fifth when Maddox led off with a single and Diaz followed with a walk. The next batter was Ivan de Jesus, who hit a 1-and-0 pitch hard to the left side. It was a quick-moving bouncer that appeared headed for left field, but Orioles third baseman Todd Cruz snagged it on the short hop and flipped it to second, starting an around-the-horn double play. The next batter, rookie Juan Samuel, pinch-hitting for Bystrom, skied to center to end the inning. Maddox was stranded at third.

Murray singled in the ninth for his third hit of the game, surpassing his combined output in Games One through Four. It was the O’s first single of the game – their four other hits all went for extra bases. They ended with just five hits in the game, but they were productive, leading to five runs. Five runs were more than enough as McGregor continued to blank the Phils.

For the bottom of the ninth the Phillies had Gary Matthews, Perez, and Maddox trying to keep the game and the Series alive. Phillies’ fans started heading for the exits. Relievers Tippy Martinez and Sammy Stewart warmed up in the Orioles’ bullpen in case Altobelli needed them, but McGregor made sure they would have the night off and the departing fans wouldn’t miss anything.

Leading off, Matthews smoked a 2-and-0 pitch into the Vet’s deep right-field corner. It looked like trouble, but defensive replacement Tito Landrum made the catch for the first out. Next up, Perez had hit McGregor well in his career but was retired for the fourth time in the game, this time on a routine fly to center. Maddox, the Phillies’ final hope, was one of the few hitters having a productive game against MacGregor, having gone 2-for-3 with a single and a double. The count quickly went to 0-and-2; Maddox lined the next pitch to MVP-candidate7 shortstop Ripken, who squeezed the ball for the final out.

Relying mostly on changeups and fastballs, throwing just a single curveball (to Morgan in the third8), McGregor had recorded a complete-game shutout to clinch the Series. He was the first pitcher to accomplish the feat since a fellow Oriole, Dave McNally, did it in 1966. McGregor threw 83 of his 113 pitches for strikes, a strike rate of an incredible 73.5 percent.9 His shutout lowered the Orioles’ ERA in the Series to 1.60 over the five games, the best mark in a five-game Series since 1943.10 The Orioles celebrated on the field to a chorus of boos. Rick Dempsey was named the Series MVP.

After the game, Dempsey chatted with President Ronald Reagan on the phone, making jokes about “the Russians,” while embattled MLB Commissioner Bowie Kuhn presented the World Series trophy to Orioles general manager Hank Peters and executive vice president Edward Bennett Williams. Kuhn’s tenure as commissioner was far from peaceful but he was sentimental about the day. It was his last opportunity to deliver the trophy; the owners had voted him out earlier in the year. “A very special sense of nostalgia,” he called it, talking with new ABC commentator Reggie Jackson as the cameras captured the celebration. While Kuhn was emotional, Murray, Ripken, and the rest of the Orioles were overjoyed. They sprayed the visitors’ clubhouse with champagne, celebrated as champions, and their traveling fans had a happy trip home.

The authors attended Game Five of the 1983 World Series and have included personal recollections in this account. We also made use of the YouTube.com video of the televised game broadcast to supplement play-by-play details in the box score accessed through the Baseball-Reference.com website. We consulted various player, team, and season pages at Baseball-Reference.com in addition to those specifically referenced in the Notes.

2 Owens, the Philadelphia general manager, had replaced Pat Corrales as field manager on July 18 with the Phillies at 43-42 and tied for first place in the National League East. The Phillies were 47-30 under Owens and won the division pennant by six games.

6 McGregor retired Schmidt two more times in the game; he was 1-for-20 for the Series. 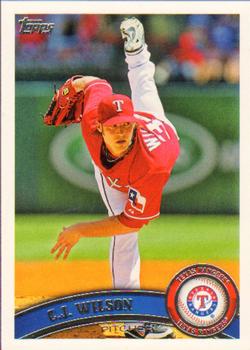