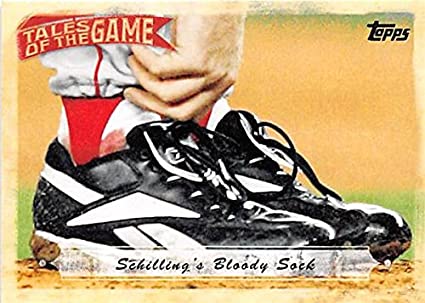 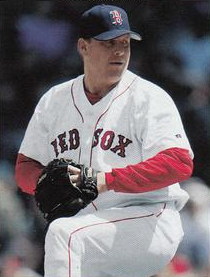 Momentum seemed to be on the side of the Red Sox. They had been down three games to none in the 2004 ALCS, but were coming off two extra-inning wins. Both were hard-fought, close games, but Boston won them both and was flush with exhilaration. The two teams traveled from Boston back to New York and hostile Yankee Stadium where they had lost the previous season’s ALCS. The Red Sox had fresh life.

The Stadium faithful were amped up, too. Before the game, Fox TV broadcaster Joe Buck admitted that while he had done a lot of games at the Stadium over the years, “I can’t ever remember this place being more alive than it is right now.”1

Game Six featured a matchup between two right-handers — Jon Lieber for the Yankees and Curt Schilling for the Red Sox. Lieber had been 14-8 in the regular season and was the winner in Game Two, a 3-1 win in which he gave up only three hits in the seven innings he worked. Schilling had famously declared he’d come to Boston the previous winter to win a world championship for the Red Sox (he had been co-MVP for the Diamondbacks in the 2001 World Series against the Yankees); he’d had a 21-6 season for the Red Sox, the 21 wins leading both leagues. But Schilling had injured his right ankle in Game One of the Division Series2 and was ineffective in Game One of the ALCS, giving up six runs in three innings.

Schilling and Red Sox doctor Bill Morgan had agreed on a radical surgical procedure that would temporarily bind Schilling’s ankle tendons into place and possibly allow him to pitch again.3

“There was no precedent for what I was about to do,” Schilling said years later. “I was excited, but I was also terrified. I was getting ready to pitch in Yankee Stadium against the Yankees in front of Yankee fans. As I am wont to do in my career, before Game One, I made a comment about shutting up 50,000 people in New York. I always enjoyed saying and doing those things because I felt it put extra pressure on myself, which I liked. But before Game 6 I didn’t do any of that.”4

Before Schilling threw his first pitch in the bottom of the first inning, the television cameras picked up blood soaking through his white sock, seepage from the incision as he warmed up in the bullpen before the game.

The ankle appeared to hold up under the strain of Schilling’s delivery. One pitch, one out — Derek Jeter flied out to right. A lengthy eight-pitch at-bat by Alex Rodriguez resulted in a liner to short. Gary Sheffield popped up to first base. No doubt Schilling picked up considerable confidence in setting down the side. Schilling retired the first eight batters he faced.

Neither team scored for the first three innings. Three consecutive Red Sox singles (one of them a bunt by Jason Varitek) posed a bases-loaded threat in the second inning, but Mark Bellhorn grounded into an inning-ending double play.

In the top of the fourth, the Red Sox banged out four runs. With two outs, Kevin Millar doubled into the left-field corner. He took third on a wild pitch and scored on Jason Varitek’s single to straightaway center. Boston was on the board.6 Orlando Cabrera dropped a single into left and the Red Sox had runners on first and second. Bellhorn hit a ball over the left-field wall that bounced off a fan’s chest and caromed back on the field. At first, the hit was ruled a double (the umpire thought the ball had hit the wall), but after the six umpires conferred, it was (correctly) changed to a home run. The Red Sox had a 4-0 lead. The two runs were Bellhorn’s first runs batted in of the postseason.

It was all the lead they needed.

Schilling gave up back-to-back singles to Rodriguez and Sheffield in the bottom of the fourth, but got Hideki Matsui to pop up foul near first base. Schilling was forced to run off the mound when Bernie Williams grounded to first. He limped over to cover first base for the out. Jorge Posada then grounded out unassisted, also to first base.

Schilling was still pitching. In the bottom of the seventh, Bernie Williams hit a solo home run off him into the upper deck in right field, a few feet inside the foul pole, to give the Yankees a run.7 The Red Sox did not score in the top of the eighth.

Schilling departed after seven. Bronson Arroyo struck out Tony Clark but Miguel Cairo doubled right down the right-field line into the corner. Derek Jeter laced a first-pitch single to left, giving the Yankees another run. 4-2. And Alex Rodriguez was up, the tying run at home plate. Yankees fans were screaming for A-Rod to tie the game. He hit the ball, but it was an infield dribbler along the first-base line that Arroyo gloved. When he went to tag Rodriguez, A-Rod swatted at Arroyo’s gloved hand, knocking the ball loose. It rolled foul out toward right field. Jeter ran all the way around the bases and crossed the plate. “It’s a one-run game,” declared Joe Buck on Fox TV.

Sox manager Terry Francona ran out to protest. The umpires had another meeting. Plate umpire Joe West had seen everything clearly.8 A-Rod was called out for interference, and Jeter was sent back to first base. He would have been on second if Rodriguez hadn’t slapped at the ball and just been tagged out. He cost the Yankees the opportunity to have a runner in scoring position. Trot Nixon later said, “The last time I saw something like that was probably in a Wiffle Ball game in the backyard.”9

Yankee fans were furious at the call and began throwing bottles and other debris onto the field. The Red Sox left their positions to take shelter in the dugout. When play resumed after about 10 minutes, a large number of New York City police officers in riot gear were lined up along each foul line. Matsui popped up foul to Varitek behind home plate.

Batting in the top of the ninth, Boston got a single off Paul Quantrill, and a walk off Tanyon Sturtze, but Sturtze then induced back to-back popups to shortstop.

Keith Foulke walked leadoff batter Matsui in the bottom of the ninth and struck out Bernie Williams as the clock struck midnight. He induced Jorge Posada to pop up foul to Bill Mueller at third base. When Foulke walked Ruben Sierra, bringing Tony Clark to the plate as the potential pennant-winning run, there was a sense of foreboding among Red Sox executives. Principal owner John W. Henry said he had never, ever felt such stress. The hearts of Red Sox fans everywhere were pounding.

Theo Epstein said it was the most anxious moment of the series. “Foulke had been superhuman through the whole series and had thrown so many pitches, his arm should have been falling off — and in fact, it probably did negatively impact the rest of his career, which went downhill after that postseason — but Clark comes up to bat against Foulke, and I was thinking that one swing of the bat could end this thing when we’re so close to getting to Game 7, I could barely watch. I think I watched that whole at-bat through the cracks of my fingers, covering my eyes. … I felt like a year after the Aaron Boone experience [the 2003 ALCS loss], we were potentially going to see it again, and that might have been more than I could have handled.”10

Foulke closed out the game, but not without drama. There were runners on first and second. The Red Sox outfielders played deep, to try to prevent a double. The count ran to 3-and-2 on Tony Clark but then Foulke got him, swinging through a high fastball.

As the TV cameras showed the Red Sox gathered behind the mound, congratulating Foulke, the TV cameras picked up the relieved and happy pitcher remarking to a teammate, “Gotta make it interesting.”

No team in major-league history had ever come back from 0-3 to play a Game Seven. Until now. And just as Kevin Millar had predicted before Game Four, the pressure was truly on the Yankees.

6 Varitek at this point had been 0-for-34 (!) during the regular season at Yankee Stadium, but was 4-for-8 already in the postseason.

7 It was his 22nd career postseason home run, extending his major-league record.