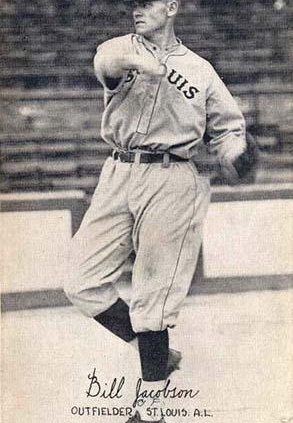 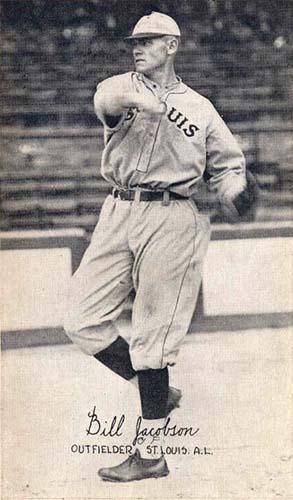 Autumn raindrops pelted Detroit and turned Navin Field into a soggy mess. The Tigers and St. Louis Browns met there on October 2 for the final game of the 1921 season. Only a smattering of fans stopped by to watch the action. “A select party of loyalists braved the clammy, wet elements,” commented the St. Louis Star and Times.1 The Detroit News described the conditions as “anything but ideal for baseball.”2

The Browns ended the campaign with an 81-73 record and in third place in the American League. They muddled through the first half of the season and spent a good chunk of that time in the lower reaches of the standings. By June 18, they were in seventh place, next to last. It looked like another disappointing season for the woebegone franchise.

Finally, in the heat and humidity of July, the Browns picked up some steam. They won eight straight at one point. Still, it was not until August 26 that they passed the .500 mark for good. On that day, the Browns knocked off the Philadelphia Athletics, 7-2. Urban Shocker scattered 12 hits and won his 20th game. Sisler and third baseman Frank Ellerbe smacked four hits apiece. Ellerbe drove home two runs.

First-year manager Lee Fohl watched from the dugout as his team improved throughout the summer. Fohl had taken over for Jim “Sunset Jimmy” Burke, who was fired after compiling a middling 172-180 record in parts of three seasons. Of note, Burke’s 1920 squad ended up 76-77, in fourth place, the first Browns team to finish in the top half of the AL since 1908.

Fohl was a former catcher who played just five games as a major leaguer. The Ohio native managed the Cleveland Indians before taking on the St. Louis job. A writer once observed, “Fohl is usually quiet. He never seeks the limelight and is inconspicuous in all his acts.”4

The skipper sent Frank “Dixie” Davis, a 30-year-old right-hander from Wilsons Mills, North Carolina, to the mound in the season finale. The Tigers countered with Bert Cole, a 25-year-old rookie left-hander from San Francisco. Detroit entered the game in sixth place with a 71-81 mark. The team’s best player and its manager, the irascible Ty Cobb, sat out this contest, per the orders of American League President Ban Johnson.

Cobb, always ready to engage in a scrap, had been in a doozy with umpire Billy Evans after a game against the Senators on September 24 in Washington. Cobb first argued after being called out on strikes by George Hildebrand in the fourth inning and grew even angrier when Evans ruled him out on a stolen-base attempt in the next frame. After the contest, a 5-1 Senators win, Cobb and Evans met underneath the Washington Park grandstand. The Georgia Peach accused Evans of bias against Detroit and “in a moment they were swinging at each other,” according to a newspaper report. “Cobb landed a hard blow on Evans’ mouth, inflicting an abrasion.” The belligerents grabbed hold of each other, fell down, and rolled in some cinders. “Park officials succeeded in separating the battlers. After they had cooled down, they shook hands and called off police.”5 News of the brawl made its way to Johnson, who suspended Cobb for the rest of the season.

Cobb, concluding his 17th year with Detroit, sat tight with a .389 batting average, runner-up in the American League to his teammate, right fielder Harry Heilmann, who entered the finale with a .395 mark. Heilmann, nicknamed “Slug,” was enjoying a huge season. He had 236 hits and 139 RBIs. Running fourth in the batting race was Sisler. Gorgeous George, as some called the Manchester, Ohio, native and former University of Michigan star, led the AL with a .407 mark in 1920 and was on this day batting a robust .370. The left-handed hitter was in his seventh season and, not surprisingly, drawing comparisons to the great Cobb. At least one writer decided that Sisler possessed “dazzling ability of the Cobbesque type. He is just as fast, showy, and sensational, very nearly if not quite as good as a natural hitter, as fast in speed afoot, an even better fielder, and gifted with a versatility Cobb might envy.”6

Sisler and Jacobson helped St. Louis to an early lead against Detroit with RBI singles in the first inning. The Browns added two more runs in the fourth. Hank Severeid reached on a force with Jacobson on base, advanced to third on Wally Gerber’s base hit, and dashed home after Cole uncorked a wild pitch. Marty McManus added an RBI single to left.

Detroit promptly cut the St. Louis lead in the bottom of the fourth. Bobby Veach led off with a single to left field. Heilmann followed with his league-leading 237th hit. “Veach, slow as usual,” stopped at second.7 Davis walked Lu Blue to load the bases. Herm Merritt then ripped a ball that ricocheted off Ellerbe’s glove, allowing Veach to score. Heilmann raced home on Larry Woodall’s sacrifice fly.

St Louis added a solo tally in the fifth inning. Sisler knocked a single, stole second, and made it home on another RBI single from Jacobson. Two more runs pushed the Browns’ lead to 7-2 in the sixth. Gerber and Wentzel began the rally by knocking base hits. Gerber scored on a sacrifice fly from McManus. Wentzel scooted home on an error by left fielder Veach.

Both teams put across runs in the seventh inning. The Browns scored twice. Jacobson doubled to left field and dashed home on Severeid’s “two-ply smack to the same pasture.”8 Gerber, the next batter, lofted a fly ball that Veach misplayed for his second error, allowing Severeid to cross home plate. Detroit answered with a two-out run in the bottom of the frame. Chick Shorten singled and scored on Veach’s triple to left-center.

The Browns’ offensive barrage continued in the eighth. McManus ripped a triple and sprinted home on Jack Tobin’s sacrifice fly. St. Louis added two more runs in the ninth. Sisler singled and advanced to second on Jacobson’s fifth hit of the day. The pair pulled off a double steal, and, “growing bolder,”9 they did it again, this time with Sisler swiping home. Jacobson scored “a few seconds later”10 on a force play at second.

Cole entered the game with a 3.84 ERA. By day’s end, that mark had increased by nearly half a run, to 4.27. His won-lost record dropped to 7-4. “Cole was pounded throughout the contest,” said the St. Louis Star and Times.11

Davis held Detroit scoreless in the ninth. He allowed 11 hits in throwing his 20th complete game of the season and evened his won-lost record at 16-16. “Dixie Davis, though belted hard himself, kept the liberties taken with his delivery well scattered,” said the Detroit News. “Thanks to the support his mates gave him with the hickory, Davis always was on easy street.”12

St. Louis won nine of its final 12 contests in 1921. By placing third, players could count on a $750 reward from the World Series pool. Their final win over Detroit left them a slender half-game ahead of the Senators, who wrapped up the season by knocking off the Philadelphia Athletics, 11-6. “Defeat would have eliminated the Browns from participating in the pool,” the News wrote. “St Louis accepted the opportunity to mangle the Tigers without offering excuses.”13

Heilmann, 1-for-4 in the game, ended with a league-leading .394 batting average, ahead of Cobb and Yankees slugger Babe Ruth, who hit .378 and clobbered 59 home runs. Sisler finished at .371. He ripped 12 homers and drove in 104 runs. Gorgeous George also led the league with 35 steals. Jacobson batted .352, nearly duplicating his .355 mark from the previous season. Left fielder Ken Williams, meanwhile, put together a breakout campaign. He hit .347, homered 24 times, and had 117 RBIs. Shocker, a 30-year-old from Cleveland, led the pitching staff with his 27 wins, 30 complete games, and 3.55 ERA.

The Browns wrapped up their best season since the 1902 team cruised to second place with a 78-58 (.574) record. It was the first time a Browns squad finished in the top half of the AL standings in consecutive years. The Cardinals, meanwhile, ended in third place in the National League with an 87-66 mark, making it the first time that St. Louis could boast of two teams finishing in the first division in the same season.14