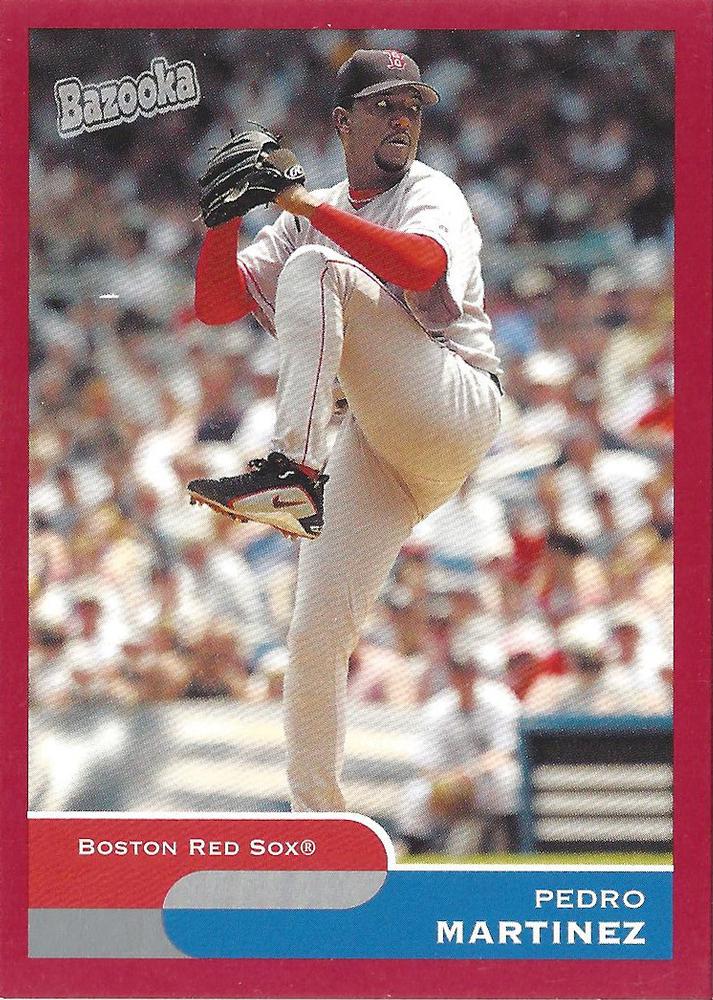 The St. Louis Cardinals were back in Busch Stadium, back home after losing the first two games of the 2004 World Series to the Boston Red Sox. They were hoping that the proverbial “home cooking” might help even things up.

Their home and away splits hadn’t been appreciably different; they’d won 53 regular-season games at home and 52 on the road. But they had their winningest pitcher prepared — Jeff Suppan (16-9, 4.16), who had been pitching better in the postseason. They were hoping to even things up against the Red Sox now that they were back in St. Louis.

Did the fact that the Red Sox would be playing under National League rules, lacking a designated hitter, make any difference? “Maybe,” said Cardinals manager Tony LaRussa.1 Elaborating, he added, “I think as a general statement, the National League club has the edge. I think we’re going to lose some of that because [Red Sox starter] Pedro Martinez has pitched in the National League [Los Angeles and Montreal] and is used to handling the bat and doing all the things a National League pitcher has to do.”2

Once again, the Red Sox scored first — and in the first inning. This time it was only for one run, but that still put them on the board. After two solidly-hit outs, Manny Ramirez hammered a high fastball several rows deep into the left-field seats, a “no-doubter.” 1-0. David Ortiz singled, but Jason Varitek hit into a force play at second base.

Pedro Martinez was pitching in his first World Series game. In the bottom of the first, before he settled down, he struggled, flirting with possible disaster. There was a one-out walk, a single that Bill Mueller couldn’t corral at third base, and then another walk. Jim Edmonds flied out to left field, which might have tied the game but Manny Ramirez caught it while running in and made a perfect one-hop throw to Varitek at the plate, nailing Larry Walker, who had tagged up at third and tried to score. Inning over.

Neither team reached base in the second inning.

Suppan hit an infield single off Pedro leading off the bottom of the third inning and Edgar Renteria doubled over Trot Nixon’s head in right field, putting Suppan on third. Walker grounded out to second baseman Mark Bellhorn, playing deep. Bellhorn threw to Ortiz, playing first base since there was no DH. Ortiz stepped on the bag and then noticed that Suppan was off the bag at third. He’d headed for home, as expected, and gotten fully halfway there, but then held up, retreated, half-heartedly started for home again before trying to get back to third. Ortiz took a couple of steps toward third base, planted, and threw a strike to Mueller, who tagged Suppan out. Albert Pujols grounded out, third to first. Rather than the score being tried, the inning was over on an embarrassing baserunning blunder.

One unnamed Cardinal said afterward, “It changed the whole game. We weren’t the same after that. This isn’t us. I don’t know why. But this isn’t us.”4

In the top of the fourth, Suppan got Ortiz to ground out to Pujols at first base and struck out Varitek. Mueller hit the ball to left-center and hustled to second base to make it a two-base hit. Swinging at the first pitch, Nixon singled over Walker’s head in right field. Mueller scored easily and the Red Sox had a 2-0 lead. Suppan hit Bellhorn with a pitch, but struck out Martinez to end the inning. Nixon’s hit produced the ninth two-out run Red Sox batters had produced in the World Series to this point.

Pedro retired St. Louis one-two-three in the bottom of the fourth.

The Red Sox added two more runs in the fifth. Johnny Damon led off with a double which, like Nixon’s in the fourth, went over Walker’s head and short-hopped the right-field wall. Orlando Cabrera lined a single to right field, and the Red Sox had runners on first and third with nobody out and Ramirez coming to bat. Manny skittered a ball through the infield, between short and third, scoring Damon. Suppan retired Ortiz on a fly ball to center. Varitek’s groundball forced Manny at second. Mueller lined a single to right field, for yet another two-out run. It was 4-0, Red Sox, and La Russa had seen enough. He brought in Alberto Reyes to relieve. One pitch and Nixon flied out to end the inning.

In the fifth, sixth, and seventh innings, Martinez buckled down and retired all nine batters in order, never once seeing a ball hit out of the infield — four strikeouts, two popups, two groundouts, and a lineout.

Mike Timlin took over for Pedro in the bottom of the eighth and induced three consecutive groundouts, two of them by pinch-hitters Roger Cedeño and John Mabry.

Keith Foulke worked the bottom of the ninth, the only blemish being the one that prevented a shutout. Walker hit a long home run to nearly straightaway center field, a little bit toward left field and into the first row of seats. That spoiled Foulke’s postseason scoreless innings streak at 12⅓ innings. Pujols hit a long drive to left field, but it was caught by Ramirez just in front of the warning track. Foulke then struck out Scott Rolen looking, to end the game.

The Cardinals just weren’t hitting. The number four, five, and six batters in their lineup were 1-for-31 and the one base hit was Rolen’s bunt back in Game One. “Adding first baseman Albert Pujols,” wrote the St. Louis Post-Dispatch, “the heart of the lineup fell to five-for-42 (.119) Rolen had the foursome’s only RBI, a sacrifice fly in the eighth inning of Game 2.”5

The Red Sox had taken the first three games of the World Series. They were one win away from lifting the “curse” that had afflicted them for 86 years, and two of the next three games — if necessary — would be at friendly Fenway Park. But Boston fans only had to think back to the immediately preceding 2004 ALCS to recall a team that had taken a three-games-to-none lead and then not been able to win the one they needed. And there was no question that Red Sox fans everywhere felt the curse deep in their psyches.

Boston fans were one thing. The Red Sox team in 2004 was another. They weren’t snake-bitten the way fans had been. They were brimming with confidence by that point. Doug Mientkiewicz said, “At this point, there was no way we were going to lose. I hate to say this — and no disrespect to the Cardinals — but the World Series was kind of anticlimactic. At the time it felt like we were replaying a Wednesday game against the Astros.”6

In addition to the sources cited in the Notes, the author relied on Baseball-Reference.com and Retrosheet.org, in addition to a YouTube video of the game.

3 Martinez did have experience batting, however, with 308 career plate appearances to this point. His batting average was .098.