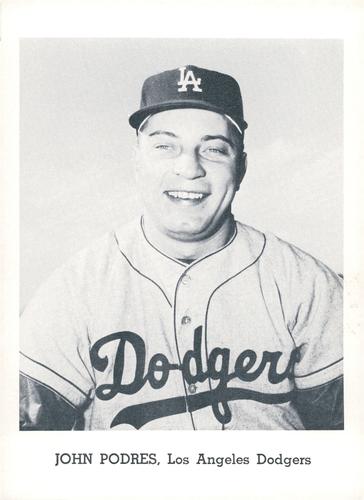 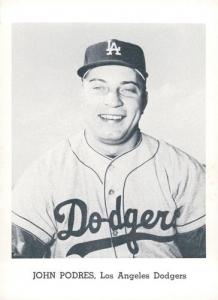 While the starting pitchers in Game One of the 1963 World Series had been the obvious choice of staff aces, the second-game starters were dictated by the configuration of Yankee Stadium, a venue that rewarded left-handed batters and punished right-handed pitchers. Right-handers Jim Bouton of the Yankees and Don Drysdale of the Dodgers were clearly the second-rank pitchers for their teams. But both managers dropped down a notch to select the left-handers who were their third-ranked starters: Al Downing for the Yankees and Johnny Podres for the Dodgers.

The Yankees’ Ralph Houk focused on the platoon matchups in Yankee Stadium. “Our reports on the Dodgers are that their right-handed batters, which they use against lefties, are not quite as strong as their left-handed batters,” he said before the Series.1

Podres liked pitching in Yankee Stadium. “I remember this place well. I got quite a thrill here once,” he said, recalling his Game Seven shutout in 1955 that had given the Brooklyn version of the Dodgers their only World Series win.2 He had won a second game in the 1955 Series and another in the 1959 World Series but lost one to the Yankees in 1953.

Podres had caused concern when he was bombed the last weekend of the regular season, giving up eight earned runs in 1⅔ innings in what was supposed to be a tune-up for the World Series. “Podres has a way of coming up for the big ones, but I would have felt better if he had been able to get in five or six innings of work,” said Dodgers manager Walt Alston.3 Podres retained his cocky demeanor: “I’ll stick their bats in their ears,” he boasted.4

Downing quietly had just as much confidence, but much less of a record. The rookie had not been called up until early June, but quickly entered the rotation, going 13-5 with a 2.56 earned-run average in 22 starts. Reporters asked about the young pitcher’s ability to control the Dodgers’ running game, but Houk brushed it off. “The kid has been under pressure since he made his first start for us, and he’s done pretty well,” he said.5 Yankees catcher Elston Howard said he wasn’t worried, “if they think they can steal on me, let ’em try. It’s my belief I can throw ’em out.”6

Some didn’t share Howard’s confidence. Sports Illustrated’s Robert Creamer said Dodgers shortstop Maury Wills “steals when everyone in the ball park knows he is going to steal – and gets away with it.”7

On a 73-degree afternoon, 66,455 fans got to see Creamer’s analysis confirmed in the top of the first inning. Wills led off with single and studied Downing carefully as he threw a strike to Jim Gilliam. On the second pitch, he took off at Downing’s first movement. That the first movement was a pickoff didn’t faze Wills. First baseman Joe Pepitone’s throw was a bit wide and Wills’ head-first slide eluded Bobby Richardson’s tag. In retrospect, some thought Richardson, crossing the bag at an angle, should have let shortstop Tony Kubek take the throw as he was approaching the bag directly.8

The Dodgers’ aggressive baserunning continued to put pressure on the Yankees defense. Gilliam singled to right. Wills held at third, but Roger Maris, worried that Wills would go home, threw all the way to the plate. Without the possibility of a cutoff play, Gilliam easily gained second base. Willie Davis hit a sharp fly ball to right, Maris started in, realized he had misjudged it, then stumbled and fell when he tried to reverse direction. The Dodgers were up by two runs before the Yankees even came to bat.

The Dodgers added a run on a Moose Skowron home run in the fourth inning and Willie Davis’s double followed by Tommy Davis’s triple in the eighth.

It was not a good game for Maris, or the Yankees. The Yankee right fielder badly bruised his left arm crashing into the right field railing in the third inning and retired from the Series after going 0-for-5 in the two games.

The Yankees did not score until the ninth when Podres tired. With one out, Hector Lopez, Maris’s replacement, doubled. Alston walked to the mound trying to decide what to do and Podres made up his mind for him. “I told the Skipper I was tired and we had Perranoski in the bullpen. Sure, I’d like another shutout but there’s no sense fooling myself when we’ve got the greatest relief pitcher in baseball,” he said.9 Perranoski gave up a run-scoring single to Howard, but quickly retired the last two batters.

Even before then, the Yankee fans, if not the team, were beginning to question the progress of the Series. In the middle innings, a public-address announcement saying tickets were available for games Six and Seven met with a derisive response from the crowd.10

As reporters headed for the airport and Los Angeles, one New York sportswriter expressed his disenchantment with the Yankees and their American League competition: “That’s what comes of playing 162 games in the minors and then trying to play the same way against a major-league club.”11 The Yankees were more analytical. “Podres doesn’t have anywhere near the stuff Koufax has, but what he does have, he certainly knows how to use,” said left fielder Tom Tresh.12 Houk bemoaned the Dodgers’ early leads. “They got the jump on us in both games and didn’t let us play our kind of game. They put us on the defensive right away.”13

In Los Angeles, the local writers were getting downright snarky. “The (Dodgers) third basemen wouldn’t recognize the Yankees if he saw them on the street because there haven’t been hardly any of them go by,” wrote Los Angeles Times prize-winning columnist Jim Murray.14

In a happy Dodgers clubhouse after the game, Tommy Davis approached Willie Davis, “What do you say, baby?” Willie replied, “I say goodby, New York, we won’t be back.”15

In addition to the sources mentioned in the Notes, the author consulted Baseball-Reference.com, Retrosheet.org, and the following: