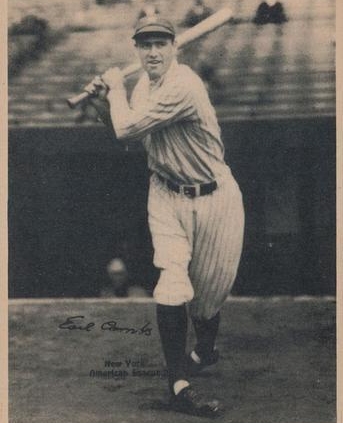 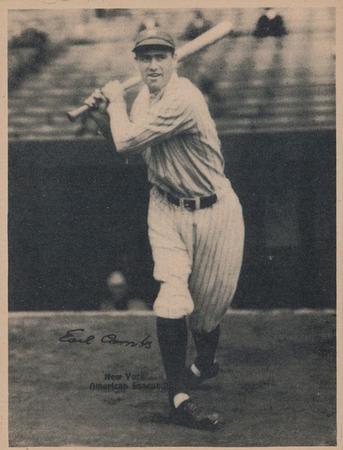 After winning the first three games of the 1927 World Series, the New York Yankees sought to secure their place in history by sweeping the Pittsburgh Pirates. Only three previous teams had swept the fall classic: the 1907 Cubs, 1914 Braves, and 1922 Giants.1 Miller Huggins’s men aimed to become the fourth.

Throughout the first three games of the Series, the American Leaguers showed their might: After a close 5-4 victory in Game One, the Yankees dominated Games Two and Three, winning by scores of 6-2 and 8-1.

Rainy skies greeted New Yorkers the morning of Saturday, October 8. To get the field ready for play, the groundskeepers worked diligently. The rain stopped around 11 A.M., but clouds covered the sun throughout the game.

Pittsburgh sent Carmen Hill, a bespectacled screwballer, to the mound. Hill posted the best season of his career in 1927, winning 22 games with a 3.24 ERA. Huggins countered with Wilcy Moore. Moore was a 30-year-old rookie in 1927 and posted a 2.28 ERA (the lowest in the American League) with a record of 19 wins and 7 losses as a relief pitcher and occasional starter.

The Pirates jumped out to a 1-0 lead in the top of the first. Lloyd Waner hit a ball that deflected off Moore to shortstop Mark Koenig and beat the throw to first. He advanced to second on left fielder Clyde Barnhart’s groundout. With two out, shortstop Glenn Wright singled to right, scoring Waner. The Yankees quickly got the run back in the bottom of the inning, with Babe Ruth’s single scoring Earle Combs.

In the second, third, and fourth innings, the teams fought evenly, with each trying and failing to get a lead. The Pirates loaded the bases in the second with two outs, only for Barnhart to ground out weakly. In the bottom of the third, the Yankees got runners to the corners with two outs, but Moore struck out to leave the men on base.

In the fifth, New York took the lead. Combs singled to center leading off the inning. Hill and Pirates catcher Earl “Oil” Smith conferred over Koenig, and then Hill struck him out. With one out, Ruth stepped into the batter’s box. Ruth, who hit a monumental 60 home runs in 1927, hit his first of the Series in Game Three off lefty Mike Cvengros. Now he struck again, hitting a blast into the right-center-field stands. As told by Grantland Rice, “[i]t sailed up far and high in a mighty arc and when it finally fell it was many, many yards beyond the reach of anyone except the spectators banked from back against the right center fence.”2 Ruth had driven in the Yankees’ first three runs of the game. The home run was his 10th in World Series games.

With two out in the Pirates’ sixth, second baseman George Grantham beat out a groundball to Gehrig for an infield single. But first baseman Joe Harris lined out to Combs to end the inning. In the bottom half, with two out, catcher Pat Collins walked and Moore’s single advanced him to third. But the Yankees did not score as Combs hit an easy fly to Barnhart in left.

Moore returned to the mound in the seventh, with New York nine outs away from the championship. But the Pirates dug deep and rallied to tie the game, 3-3. Earl Smith reached first on a ball muffed by Moore, and Pirates skipper Donie Bush sent in Emil Yde to run for Smith.  Fred Brickell hit a ball fumbled at second by Tony Lazzeri. With runners on first and second and nobody out, Lloyd Waner stepped in. Bush called for a sacrifice bunt, and Waner complied, advancing the runners to second and third. Cardinals player-manager Rogers Hornsby criticized the move in his syndicated column, writing: “[A]gainst my idea of baseball was Bush making Waner bunt … when the chance was right in front of him of shooting the works on one roll of the dice. I like to play to win instead of tie.”3

Barnhart took a first-pitch ball and then singled to center drive in Yde and advance Brickell to third. Paul Waner hit a sacrifice fly to Combs to score Brickell. Wright grounded out, Moore to Gehrig, for the final out of the inning.

Johnny Miljus went to the mound for Pittsburgh in the Yankees’ seventh, with Johnny Gooch replacing Smith behind the plate. Koenig hit a leadoff single to bring up Ruth. Anticipation rising among the crowd of 57,909, Ruth disappointed by hitting into a double play. Gehrig hit a high fly to Barnhart to end the inning.

Pittsburgh had the top of its lineup due up in the ninth, hoping to score and take the lead. But the Pirates went down in order. Lloyd Waner rolled a soft groundball to Lazzeri. Barnhart flied out to Bob Meusel in left. And Paul Waner hit a hard liner that Moore deflected and tossed to first.

Needing a run to win the World Series, Combs led off the Yankees’ ninth with a walk. Koenig bunted to third, where Traynor fumbled the ball and could not attempt a throw. The Yankees had men on first and second with nobody out. Up stepped Ruth. Would the Pirates pitch to him? The answer turned out to be no. On the first pitch, Miljus let loose a wild ball that advanced the runners to second and third. With first base now open, Bush intentionally walked Ruth. The bases were loaded with nobody out.

Gehrig, who had driven across 179 runs in the regular season, was next. Unfazed, Miljus struck him out to bring up Meusel, who hit .337 with 103 RBIs in 1927. After a long battle, Meusel also struck out. Miljus was only one out away from escaping the inning unscathed.

There were three on and two men out with the score tied in the ninth inning. Striding to the plate was Tony Lazzeri. In Game Seven of the ’26 Series, Lazzeri was the goat, struck out by Grover Cleveland Alexander with two men out and the bases loaded in the seventh inning of a one-run game. Now he could be the hero.

On the first pitch, Lazzeri hit a foul ball into the left-field seats. On the next pitch, Miljus “wound up and tossed one where no catcher has ever stopped the ball. The [ball] slithered off [Gooch’s] glove and rolled to the stand; a runner raced in from third and the [Series] was over.”4 An anticlimatic wild pitch ended the World Series. For the second time, the New York Yankees were world champions. The team that had set an American League record with 110 wins had swept the World Series.5

The Series ended with the favored team on top after four games with little suspense over who would ultimately prevail. “A wild pitch finished the series,” wrote Brooklyn manager Wilbert Robinson, “and, considering the sort of series we had, it probably was a fitting ending. The Yankees displayed their superiority throughout the four games, [and] the Pirates were never really up on their game at any stage.”6 Pittsburgh’s Joe Harris described the defeat as a “blue day,” but insisted the Yankees were a great team and deserved to win.7

The 1927 World Series was a one-sided affair in which it was clear who was the better team. A century later, the Yankees’ four-game triumph over Pittsburgh remains a testament to one of the greatest teams ever assembled. As put by the New York Times: “If you seek heroes just call the roll of the Yanks. From big Ruth to little Benny] Bengough, from Forbes Field to the Harlem River, they ruled their domain. No team ever deserved more the proud title of champions.”8

5 The ’27 Yankees’ American League wins record was in 1954 surpassed by the Cleveland Indians. Two additional American League teams – the 1998 Yankees and the 2001 Seattle Mariners – also have won more than 110 games.