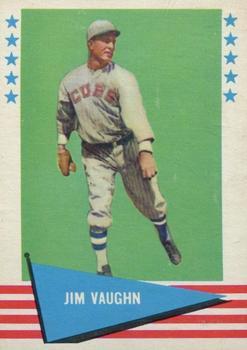 Game Five of the 1918 World Series was an elimination game for the Chicago Cubs. The Boston Red Sox held a three-games-to-one lead. Should the Red Sox win Game Five, they would win the World Series. There was, though, the possibility that the players would decline to play.

The players were looking to ensure, among other things, that the loser in the Series would at least take home more money than the second-place teams in each league. It was looking as though gate receipts were going to leave each player with less than half of what they’d expected. With the season ending early, and an end to World War I not clearly in sight, it was possible that the 1919 baseball season would be canceled. The Chicago Tribune likened the squabble to a “wrangle over the pennies on the corpse’s eyes.”1 The corpse, of course, being Organized Baseball.

Before Game Four, Garry Herrmann from the National Commission had asked the discontented player representatives from both teams to play out the game and then come back to them to see about a resolution of the issues regarding player compensation.2

After Game Four, the player representatives went to the hotel to meet the commission but learned that the men had gone to the theater. They met the next morning and were now asked to defer once again. A final decision would be made after Game Five.

Of course, if the Red Sox won, the World Series would be over and any leverage the players had would be moot. As game time approached, the players decided they would not play until the matter was resolved—but a couple of the commission members had imbibed far too much at lunch and were in no condition to meet. The game was delayed for more than an hour as the fans waited in their seats, not knowing the cause for the delay and beginning to become restless.

The frustrated players ultimately capitulated and agreed to play the game. The commission members had nearly prompted a player strike by continually dodging the issue before them but had successfully deferred the decision.3

Red Sox owner Harry Frazee was no fan of baseball’s leading body; the New York Times said he called it the “National Omission.”4

The band struck up the “Star Spangled Banner” and then the game began. Regular playing of the tune before ballgames reportedly began at Fenway Park during this wartime World Series of 1918.

Sam Jones was the starter for the Red Sox. The right-hander was in his fifth year of major-league ball and had recorded a 16-5 (2.25 ERA) season in his first full year of work since 1915, when he pitched for Cleveland.

The game started poorly for Jones. He walked Max Flack on four pitches and then allowed Charlie Hollocher’s single. Les Mann’s bunt put runners at second and third with one out.

George Whiteman then made one of the plays that led many to feature him as one of the more valuable players of the Series. He raced in on Dode Paskert’s drive into left field, caught the ball off his shoestrings, and immediately threw to second base to nab Hollocher for an inning-ending double play—all before Flack crossed home plate.

Jim “Hippo” Vaughn returned to the mound for the Cubs, continuing to alternate starts in a two-man rotation with Lefty Tyler. He’d already lost two games, 1-0 and 2-1, but clearly pitched well enough to have won both. Back for a third crack at a win, he bore down from the beginning. In the first third of the game, he allowed only a leadoff single to Harry Hooper in the first and a one-out base on balls to Sam Jones in the third.

Vaughn found himself with a lead, albeit a thin one, for the first time in the Series, after the Cubs batted in the top of the third. He grounded out to start the inning, and Flack did the same. But then Jones walked Hollocher. The Cubs shortstop took such a long lead off first that he drew a throw behind him from Sam Agnew to first baseman Stuffy McInnis, who whipped his glove down and tagged … nothing at all. Hollocher hadn’t returned to the bag; he’d stolen second.

Mann doubled over third base into left field, driving in Hollocher. Paskert hit the third short-to-first grounder of the inning to end it. Cubs 1, Red Sox 0.

The Cubs collected another couple of hits in the sixth, bookending a fly out and a walk. Hollocher singled to center, Mann flied out, and Paskert walked. Then Fred Merkle singled to center, but Whiteman earned his second assist of the game by throwing out Hollocher at home plate.5 The runners moved up on the throw—Paskert going to third and Merkle to second—but there they languished as Charlie Pick flied out to center.

With one out, Whiteman singled in the seventh, but McInnis hit into his second double play of the game and the third the Cubs had completed in four innings.

Flack walked again to lead off the eighth. Hollocher reached, bunting for a base hit—his third hit of the game, a slow roller that seemed headed foul but came to a stop in fair territory. Boston manager Ed Barrow started three pitchers warming up—Jean Dubuc, Carl Mays, and Bill Pertica.

After Mann popped up to second, Paskert doubled, with the ball coming to rest against the wall in left-center. It drove in both baserunners, giving the Cubs a 3-0 lead. Barrow left Jones in and he struck out Merkle. Pick singled, but Paskert got caught in an odd rundown that saw first baseman McInnis tag him out at home plate, and the Cubs were retired.

The Red Sox went down in order in the bottom of the eighth. In the top of the ninth, Jones got all three Cubs on a couple of grounders and a strikeout of Vaughn.

The Cubs were three outs from extending the series. Vaughn started the ninth by facing pinch-hitter Hack Miller. Four years later, Miller starred with the Cubs, but now he flied out to left—a little dramatically. It was a solid smash that might well have fallen for two bases, but Les Mann raced up the sloped bank in left-center (still known by fans as Duffy’s Cliff), hit the boards of the wall and then fell, saw the ball drop providentially into his glove, juggled it, and held on.

Hooper popped up to Hollocher at short, who ranged back to steal a single away. Dave Shean kept the game going with a single—an infield hit to short—but Strunk struck out on three pitches, fanning for the fourth time in the game.

Jim Vaughn had himself a five-hit shutout. Only two Red Sox got as far as second base, Vaughn had thrown 27 innings in three starts and now boasted a 1.00 earned-run average—but only a 1-2 record. Nonetheless, the Cubs had recovered. If they could win the next day’s game, the Series would be tied.

Cubs manager Fred Mitchell was pleased. “The men were more like themselves than in any one game of the series and I am confident they will maintain the same pace tomorrow,” he said. A supremely confident Ed Barrow said the Cubs’ victory just postponed the inevitable: “[M]erely prolongs the series. We expected to end it today, but things broke too well for Chicago. We will win tomorrow.”

2 The principal player representatives were Les Mann of the Cubs and Harry Hooper of the Red Sox. See “Jangle Over Money Retards Game Hour; Means Series’ Knell,” Chicago Tribune, September 11, 1918: 11. Another report said that Mann and Bill Killefer of the Cubs and Hooper and Scott of the Red Sox “offered to give up their share of the spoils to some war charity if the National Commission, the clubs, and the other players would do likewise. There has been no evidence of the spirit of these players becoming general.” See “Cubs Take Fifth Game of Series by 3 to 0 Score,” New York Times, September 11, 1918: 14.