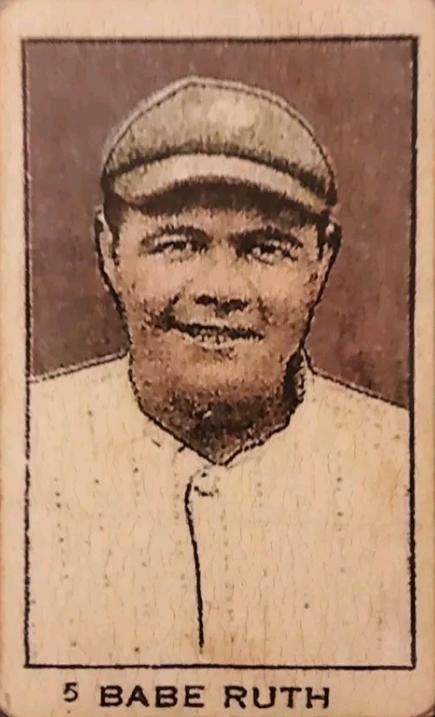 With Babe Ruth’s 50th home run of the year in the record books, newspaper accounts of the game celebrated the accomplishment in a manner that suggested it might be a once-in-a-lifetime event. The Chicago Tribune wrote, “Such batting as Babe Ruth has done this season never before has been accomplished. Perhaps it never will be accomplished again — if Babe Ruth does not do it.”1 The New York Times opined, “Babe Ruth placed himself upon a pedestal in the baseball world from which no landlord living can evict him.”2

Accolades aside, the season was not yet over. The Yankees had yet to be mathematically eliminated and there was another game to play that afternoon and six games remaining in the season. This also meant that there were six more games in which Ruth could add to his jaw-dropping home-run total.

After a sloppy performance in which they dropped the first game of the doubleheader, 3-1, to the Senators earlier in the afternoon, the Yankees now found themselves 3½ games behind the front-running Cleveland Indians. In a nutshell, the Yankees were in a must-win situation as they entered the nightcap.

The Yankees turned to rookie right-hander Rip Collins to keep the season alive. Collins had enjoyed an excellent season in which he had been used as often in relief as he was as a starter. He entered the game with a record of 13-8 and a 3.34 ERA. The Senators countered with veteran right-hander Jim Shaw. Perhaps suffering from the newly imposed major-league ban on trick pitches like his sailer, Shaw got off to a 0-4 season start with an ERA above 9.00 and did not post a victory until June 20.4 He pitched better during the second half of the season and entered the game 10-16 with a 4.41 ERA.

The game started with Collins throwing a scoreless frame in the top of the first. Just as was the case in the opener, Ruth came to the plate in the bottom of the inning with the bases empty and two down. And, just as he did in the opener, Ruth delivered a home run, walloping a Shaw offering “high over the head of Robert Roth into the right field bleachers about midway of the yellow cigarette sign.”5 The home run was Ruth’s ninth first-inning homer of the year and his second of the season off Shaw.6 Ruth had victimized Shaw on August 14 at Griffith Stadium in Washington.

Ruth’s 51st home run of the season was the 100h home run of his major-league career. Given that the career record for home runs at this time was 138 by Roger Connor, the speed at which Ruth reached 100 was awe-inspiring. The New York Times put the Bambino’s feat into context as follows: “This is remarkable when it is considered that most of the time he has been a pitcher. Hans Wagner played ball for twenty-one years before he made 100 home runs.”7 The Daily News noted, “In the middle of the season the odds were 10 to 1 and longer that Babe would not boost his home run total over fifty.”8

Collins, “wilder than a Texas steer,” 9 lasted just three innings, scattering three hits and walking two, and retired after he turned his ankle while attempting to field an infield dribbler off the bat of Sam Rice. Tom Connelly, making his major-league debut and only appearance of the season, batted for Collins in the bottom of the third before Miller Huggins summoned left-hander Herb Thormahlen from the bullpen to start the fourth.10

The Senators broke through against Thormahlen in the top of the sixth. Roth led off the inning with a single to left and was sacrificed to second by Frank Ellerbee. Thormahlen walked Howie Shanks and Frank O’Rourke followed with a single that appeared to be a tailor-made double-play ball but went through Aaron Ward at third to score Roth. Just when it appeared that the Senators were poised to take the lead, Patsy Gharrity abruptly ended the uprising by hitting into an inning-ending double play.

The Yankees threatened again in the bottom of the sixth. With two outs and one on, Ruth singled to right. Second baseman Del Pratt followed with a single to short and Duffy Lewis walked to load the bases. Bob Meusel was at plate when Ruth “took the situation into his own hands and tried to steal home.”11 Ruth was out at the plate. It was the second time he had been caught stealing in the game. He was also thrown out trying to steal second after he singled in the fourth inning.

The game remained tied 1-1 until Ruth opened the bottom of the ninth with a double that landed just inside the right-field foul line. Undeterred after being caught stealing twice earlier in the game, Ruth took a big lead off second and enticed Gharrity to attempt to pick him off. The ball sailed into center field and Ruth galloped to third. Pratt followed with his third hit of the day, a single to left-center, scoring Ruth with the game-winning run.

Seated in the left-field stands was the band from St. Mary’s Industrial School in Baltimore, who were there as Ruth’s guests. In 1919 a fire destroyed much of the old Victorian-style campus that Ruth called home for the better part of 12 years. Now a nationally known sports superstar, Ruth received permission from the Yankees to take the St. Mary’s School band along on road trips to several major-league ballparks around the Northeast, in an attempt to help them raise money to replace the main school building.13

After the game Ruth revealed how happy he was to have hit his 50th and 51st home runs with the band in attendance. Just six years removed from his days at St. Mary’s, Ruth said, “This was the greatest day I ever lived, for the brothers from my old school at Baltimore.”14

The victory trimmed the Indians’ lead over the third-place Yankees to three games. However, Ruth and his teammates would get no closer. The Yankees finished the season 95-59, three games behind the American League champion Indians and one behind the second-place White Sox.

10 According to Bill Nowlin, baseball databases list Herb Thormahlen as Hank, but in the several thousand news stories mentioning Thormahlen, never once was he identified as Hank. Bill Nowlin, “Herb Thomahlen, “SABR BioProject. Retrieved from https://sabr.org/bioproj/person/5d7570fd.

12 The previous single-season American League record for runs scored was held by Ty Cobb, who scored 147 runs in 1911.