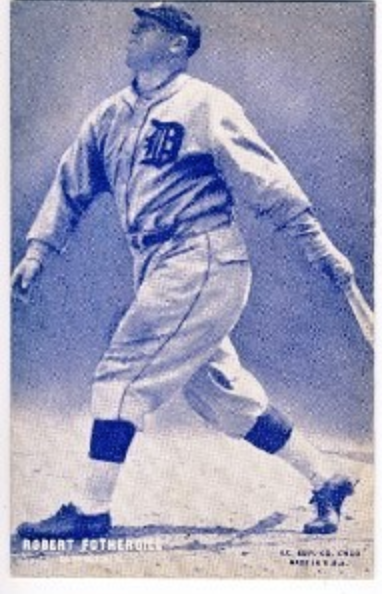 With one day left in the American League schedule, Detroit’s Heinie Manush was battling New York’s Babe Ruth for the league batting crown. Both batters were hitting .372; Manush was 182-for-489 (.37219), while Ruth was 184-for-494 (.37247). The outcome would be decided on this Sunday afternoon. Just below them was Detroit’s Bob Fothergill, at .360. On the final day of the regular season, Fothergill hit for the cycle and challenged both Manush and Ruth for the title of the American League’s best batter.

Manush’s and Ruth’s teams were heading in opposite directions. The Detroit Tigers had lost seven of their last 10 games, coming into a final doubleheader of the season against the visiting Boston Red Sox. At 77-75, manager Ty Cobb’s team was just trying to finish the 1926 campaign with a winning record. Miller Huggins’s New York Yankees (91-61) had a 3½-game lead over the Cleveland Indians before the twin bill and were headed back to the World Series after a two-year absence. First, though, they had to play a twin bill against the St. Louis Browns at Sportsman’s Park.

Back in Detroit, only “a handful of fans braved the chilly breezes to watch the Bengals drop the curtain on the American League season by beating the athletes from the city of culture.”1 It was a battle of two struggling clubs, with the sixth-place Tigers hosting the last-place Red Sox. Detroit had been as high as third place in late July, but Boston had occupied the basement in the American League since the end of May.

Cobb called on rookie southpaw Sam Gibson to take the mound. Gibson had started the season in the bullpen but had earned Cobb’s trust by keeping games close. He had won his last four decisions, pitched complete games in eight of his last nine starts, and brought a 3.63 earned-run average and 11-9 record into the game. Opposing Gibson was right-hander Paul Zahniser, in his fourth big-league season. Zahniser had lost his last five starts and had a 6-17 mark and 4.95 ERA.

The Boston Globe reported that “after a wobbly start Gibson had the Red Sox eating out of his hand.”2 Fred Haney started the game for Boston with a triple to deep center. Jack Rothrock worked a walk, putting runners at the corners. Jack Tobin hit a grounder up the middle that Gibson fielded, but his only play was at first, allowing Haney to score. Rothrock also crossed the plate when Baby Doll Jacobson singled to center. The Red Sox had a quick 2-0 lead.

Detroit answered in its opening at-bat. Lu Blue opened with a single to center. Manush sent a hit in the same direction, advancing Blue to third. Fothergill’s single plated Blue and sent Manush to third. Still with none out, Zahniser uncorked a wild pitch, and Manush scored the equalizer.

In the bottom of the third, the Tigers “went to the front with a run that the Red Sox donated.”3 With one out, Fothergill singled for the second time. With Harry Heilmann in the batter’s box, Fothergill took off for second base. Boston catcher Bill Moore’s throw got past second baseman Bill Regan. Shortstop Rothrock chased down the ball and tried to get Fothergill as he raced toward third base, but he threw the ball into the dugout for the second error on the play, and Fothergill scored the go-ahead run.

In the fifth inning, with Tony Welzer now doing the pitching for Boston, Detroit added two runs without hitting the ball cleanly out of the infield. Manush beat out a dribbler toward first base. Fothergill pulled Welzer’s offering down the third-base line and the ball caromed off third baseman Haney’s glove. The official scorer credited Fothergill with a double. Manush halted at third base. Another set of bad defense allowed them each to score. Heilmann hit a grounder to second, and Regan threw to first, getting the out (Manush scored). The next batter, Charlie Gehringer, grounded another ball to Regan, who threw wild to first, and Fothergill kept running until he crossed the plate. Detroit now held a 5-2 advantage.

In the bottom of the seventh inning, the Tigers pounded Welzer for four more runs. Manush led off with another single. Fothergill followed with a run-scoring triple, and an out later Gehringer doubled, driving in Fothergill. After Jack Warner walked, Jackie Tavener and Clyde Manion both singled, and each drove in a run with his single.

The Red Sox now trailed 9-2, but the Tigers weren’t finished. In the eighth Manush collected his fourth hit with one away. Fothergill “promptly pushed the ball over the left field wall for his fifth straight hit of the game.”4 It was his third home run of the season. Boston skipper Lee Fohl motioned to the bullpen, but it was far too late. Welzer had been tagged for eight runs and the game was out of hand. Fred Heimach came in for mop-up duty, retiring both batters he faced.

After the first inning in which Gibson was touched for three hits and two runs, the Detroit left-hander did not give up more than one hit in any other inning. The Red Sox had nine total hits (by seven different batters) but had left that same number on base. Detroit had taken advantage of the Boston miscues, scoring 11 runs on 15 hits and the three Red Sox errors. They left six men on base. With the win, Detroit’s victory total climbed to 78, guaranteeing a winning season.

In the nightcap, Ted Wingfield pitched a complete game for the Tigers, and they overcame a 4-1 deficit by scoring three runs in the bottom of the eighth. Detroit then won the game in walk-off fashion. In the bottom of the ninth, Warner, Tavener, and Manion all singled to load the bases with one out. Al Wingo entered as a pinch-hitter for pitcher Rip Collins. According to the Detroit Free Press, Warner scored “while Regan was throwing out Wingo,”5 instead of trying to get the runner at the plate.

Manush played both ends of the doubleheader against the Red Sox. He came to plate nine times and “rewarded the pleas of the crowd on six of these occasions.”6 All six hits were singles. In St. Louis, Babe Ruth went 0-for-1 (a strikeout) in the first game and did not play the second. The Bambino’s final mark of .372 was six points behind Manush’s league-leading .378.

Despite Manush’s “quartet of blows in five appearances”7 in the first game of the doubleheader, he had to take a back seat compared with Fothergill’s “punching out two singles, a double, triple and home run in five trips to the plate.”8 Fothergill’s batting average jumped eight points (to .368), while his slugging percentage increased 22 points (to .509). Further, Fothergill had obtained his hits in the order of increasing total bases, meaning he had hit for a natural cycle.

Fothergill finished third in the batting title race, with Ruth at .372 and Manush at .378.

Fothergill was just the second player to hit for a natural cycle, following Boston Doves player Bill Collins, who attained the distinction on October 6, 1910, against the Philadelphia Phillies. Since Fothergill, 12 more major leaguers have hit for natural cycles.9

The Battle Creek Enquirer reported that, now that the regular season had ended,  “some of the players, Fothergill, Tavener and Johnny Neun among them, will join a barnstorming team that will play in several Michigan cities.”10