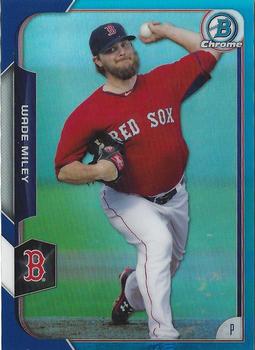 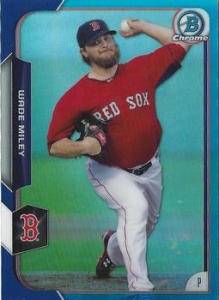 As the first week of September drew to a close, neither the Red Sox nor the Phillies were doing much more than playing out the string.

The Red Sox had again failed to regain the magic that had fueled their surprising 2013 World Series championship, a victory followed by a return to the cellar in 2014. In fact, 2015 had been another resounding disappointment; as teams across the major leagues prepared for the end-of-season roster expansions, the Red Sox could only look forward to discovering what their farm system had produced and the future might hold.

Indeed, with manager John Farrell having taken leave for lymphoma treatment, leaving bench coach Torey Lovullo to serve as interim manager, the Red Sox were a team in transition. That unsettled situation was magnified when, less than a week later, the team’s ownership announced the hiring of veteran baseball executive Dave Dombrowski as president of baseball operations, while at the same time announcing that Ben Cherington, who had succeeded Theo Epstein as general manager in 2011, was stepping down. All of this made for an uncertain future, but as September began the players were looking to the future, determined to get an early start on ending what was looking like a two-year occupancy of the AL East cellar.

Meanwhile, the Phillies had lost eight of their last 11 games and were at risk of dropping 30 games below .500. This was the low point of their six-year run from 2013 to 2018, when they finished under .500 in each season. Earlier in the summer, manager Ryne Sandberg had resigned. With an eye to rebuilding, they had traded pitcher Cole Hamels at the end of July, less than a week after he had pitched a no-hitter. Less than three weeks later, they also traded star infielder Chase Utley to the Dodgers.

The source of all the activity, general manager Rubén Amaro Jr., was himself fired in mid-September, with front-office veteran Andy MacPhail hired as interim GM. In the offseason, McPhail would be named president of baseball operations while Matt Klentak took the reins as GM. But for now, the Phillies were just trying to get to the finish line, while also using the time to get a look at some of their prospects.

Amid all this turmoil, the September interleague matchup between two of baseball’s oldest franchises, both boasting rabid fan bases, still drew an almost capacity crowd of 36,534 to Fenway Park, even though both teams were destined to finish last in their respective Eastern Divisions.

At the same time, for the players these September games represented a chance to show their new bosses what they could do. Starting pitchers Wade Miley for the Red Sox and Alec Asher for the Phillies both seemed determined to demonstrate their value, starting the game with a string of scoreless innings.

Miley faced the minimum number of batters through the first four innings. Asher was less efficient, but nevertheless encountered no real problems through three innings.

But the Red Sox exploded in the fourth, tallying eight runs and driving Asher from the game.

The outburst started when designated hitter David Ortiz opened the inning by singling to right.

With Rusney Castillo batting one out later, Asher balked Ortiz to second. Castillo’s infield single to third moved Ortiz up a base and set up Blake Swihart with runners at the corners.

Bradley lined a double to deep right-center, driving in Castillo and Swihart. Rutledge stopped at third. Boston had a 3-0 advantage.

A walk to Mookie Betts loaded the bases. The Phillies turned Brock Holt’s grounder to second into a force at the plate on Rutledge, bringing up Xander Bogaerts with the bases loaded and two outs.

Bogaerts cleared the bases, lining a double down the right-field line. When second baseman Cesar Hernandez’s relay throw got away for an error, Bogaerts himself came home. The Red Sox had pushed their lead to 7-0.

Phillies interim manager Pete Mackanin brought in Jerome Williams to relieve, in time for Ortiz’s second plate appearance of the inning. Ortiz greeted Williams by hitting his 30th home run of the season and the 496th of his career. With eight runs in the inning, Boston now led 8-0.

In reaching the 30-homer mark, Ortiz moved past Ted Williams to become the first Red Sox player to hit 30 or more home runs in nine seasons. Meanwhile, Ortiz edged closer to becoming only the 27th major leaguer to reach the 500-homer mark.1

After watching his teammates surge to a commanding lead, Miley headed out to the mound in the fifth and quickly gave up a single to Jeff Francoeur and a double to Darnell Sweeney. He regrouped and retired the next two batters, but Carlos Ruiz singled to center, scoring Francoeur and Sweeney.

Those two runs were the end of the Phillies’ offensive output, as Miley cruised through the remaining innings. Giving up only five hits while striking out eight, he recorded the first complete-game victory of his career.

The Red Sox added one more run in the eighth when Bogaerts’ groundout to second with the bases loaded drove in Bradley, giving Boston a 9-2 lead that turned out to be the final score.

The victory was the Red Sox’ second in a row. They won their next two for a four-game winning streak, matching their season best to date. Later they won six in a row, only to follow with a season-ending four-game losing streak, bringing their record to 28-20 under Lovullo. Those streaks seemed an apt reflection of the 2015 Red Sox, a team whose extreme highs and lows in fact also reflected their fortunes throughout the decade.

At its best, the end of the season offered indications of what the future might hold. Buoyed by the offseason acquisition of left-handed starter David Price and closer Craig Kimbrel, and with a healthy John Farrell back in the dugout, the 2016 Red Sox, led by Cy Young Award winner Rick Porcello, rebounded to finish first in the AL East. They lost to the Cleveland Indians in the AL Division Championship series.

In addition to the sources cited in the Note, the author accessed Retrosheet.org, Baseball-Reference.com, and SABR.org.