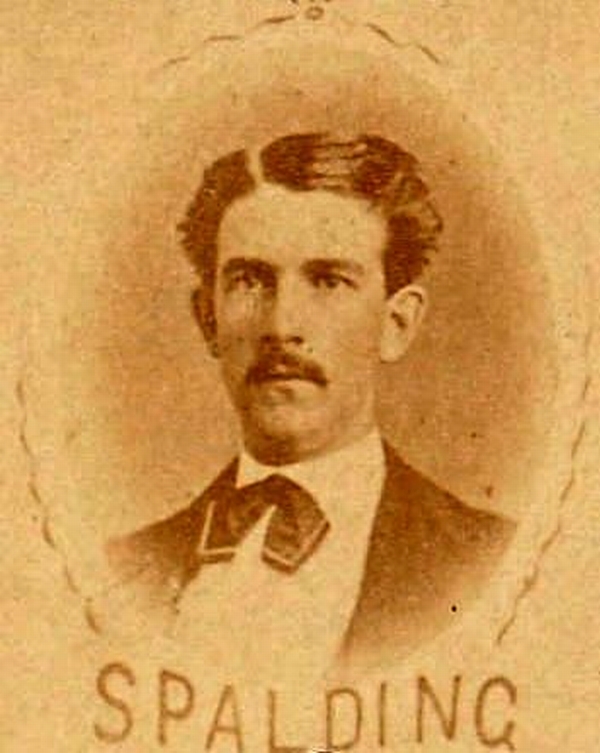 Having won seven of their nine previous matches, including a huge come-from-behind win against Chicago four days earlier, the Boston Red Stockings prepared to meet their other main rival for the National Association championship, the Athletic club of Philadelphia, on Saturday, September 9, 1871.

The two teams had met thrice previously in the season, the Reds winning at home in May, and then losing one and winning one on the Athletics’ grounds in June and August, respectively. The Bostons were looking to clinch the best-of-five seasonal series with another victory.

Game time at Boston’s South End Grounds was 3 o’clock.  The weather was favorable and helped draw the largest crowd of the year, nearly 5,000, according to the Boston Journal.1 Boston captain Harry Wright lost the opening coin toss and the home team went to bat first.2

Pitching to Wright’s nine was 23-year-old Philly native George Bechtel, who normally shared right-field duties with George Heubel. Bechtel was making his third fill-in start for the ailing Dick McBride, and had no problems in the first inning, retiring the top of the Boston order in one-two-three fashion.

The Athletics came strong out of the gate in the bottom half, sending 10 men to the plate and producing five runs, aided greatly by three Red Stockings errors. Bechtel helped his own cause with a two-run double to left. During the inning, catcher Cal McVey suffered an injury from a foul tip off Al Reach’s bat. Play was suspended for 10 to 15 minutes while the gash over McVey’s left eye was bandaged.  McVey “pluckily resumed his position,”3 but to “make matters more easy for him,”4 the softer-throwing Harry Wright came in to pitch, sending Al Spalding temporarily out to center field.

The home team got its offense rolling in the top of the second inning. McVey led off with a double and Spalding followed with a base on balls. Two more safe hits, two more walks, and an error by Heubel added up to four runs for the Reds.

Philadelphia came roaring right back in its half of the second. Ned Cuthbert, who had been at the plate in the first inning when Heubel was put out running on a foul ball, started the onslaught with a double into left. After a popout to third base, John Radcliff reached on George Wright’s error at shortstop. A wild pitch, a walk, an error by third baseman Harry Schafer, and four straight singles by Reach, Count Sensenderfer, Levi Meyerle, and Heubel resulted in a half-dozen runs for the Athletics. Finally, Cuthbert, up for the second time in the inning, was put out on a great play by George Wright to stop the bleeding.

With the score now 11-4, McVey led off again in the Boston third. Meyerle, the Athletics’ “great-hit, no-field” third baseman, made the first of his four errors in the game, allowing McVey to reach safely. Spalding whacked a ball over Meyerle’s head next, sending McVey to second. The hot-corner barrage continued as Charlie Gould, too, laced a single past Meyerle, scoring McVey. But Schafer’s grounder was fielded nicely by shortstop Radcliff, who cut Spalding down at the plate, catcher Fergy Malone applying the tag. The Reds loaded the bases after that but could not inflict further damage. George Wright’s fly ball was nabbed by Sensenderfer in center to quell the rally.

Spalding returned to the box in the bottom of the third and blanked the visitors. The score remained 11-5 in the Athletics’ favor as both teams were whitewashed in the fourth and fifth innings.

Harry Wright began the Boston sixth with a base on called balls and brother George followed with a fair-foul hit that went for two bases. After Ross Barnes’ out and Dave Birdsall’s infield hit, McVey knocked the Wright brothers home with a single to left. Meyerle then made his second error, on a grounder by Spalding, and base hits by Gould and Schafer drove in Birdsall and Spalding, cutting the lead to two runs. Then, when Radcliff misplayed a ball off Frank Barrows’ bat, Gould and Schafer raced home and the score was tied, with five of the six Boston runs being unearned.5

The Reds made some changes in the field as Philadelphia went to bat in its half of the sixth. Harry Schafer had suffered a collision chasing a fly ball a week or so earlier and, apparently still feeling the aftereffects, was “obliged to withdraw.”6 McVey, who had been mercifully moved from catcher to right field earlier, made his second switch of the afternoon, replacing Schafer at third base. Fred Cone, who like teammate Frank Barrows was participating in his only major-league campaign, entered as the right fielder.  Birdsall continued subbing for McVey behind the bat.

The Athletics proceeded to rough Spalding up a bit, tallying three runs — all earned — thanks to fair-foul hits by Radcliff and Fisler, and pitcher Bechtel’s three-baser to left-center.

Finding themselves trailing again, 14 -11, Boston’s nine tried to muster something in the seventh. George Wright and Barnes reached on infield miscues. Al Reach then attempted a little trickery, purposely dropping Birdsall’s popup and seemingly catching both runners out, but umpire Bob Ferguson declared that Reach had held the ball long enough and therefore the batter was out, and the runners were held at their bases.7 The Reds, however, failed to make anything of their opportunity. The seventh and eighth went down as whitewashes for both clubs.

Leading off Boston’s ninth, Captain Wright drew his fourth base on balls of the day. Brother George was up next and sent a low liner to left, which Cuthbert nearly, but not quite, caught. It went for two bases and the elder Wright crossed the plate with the Red Stockings’ 12th run. Barnes garnered a pass on balls as well, and he and the younger Wright lingered on base while Birdsall and McVey were retired on foul bound catches. Meyerle then botched a grounder from Spalding, allowing George Wright to score, and Radcliff, also having a poor day in the field, saw Gould’s grounder go through his legs, letting Barnes in to tie the score again. Schafer, who had returned to his position in the bottom of the seventh, now sliced a double down the left-field line, driving in both Spalding and Gould with the go-ahead runs. Frank Barrows, following, recorded his only hit of the day, a single to center that sent Schafer home with the final Boston run.

The Philadelphians had nothing left in the tank for the bottom of the final frame. The New York Clipper noted that they hit “carelessly at the first good balls pitched to them.” Cuthbert and Radcliff both made long strikes to left that were hauled in by Barrows, and Malone fouled out to the catcher. A blank for the Athletics and a 17-14 triumph for Harry Wright’s boys.

The Red Stockings thus took the important season series with the Athletics, three games to one. They had already completed — and won — their best-of-five series with the Olympics of Washington and the Rockford Forest Citys. This put them in a strong position near the front of the league, as they looked forward to completing their series with Troy, Cleveland, Chicago, and New York in the coming weeks.

2 This must have been a going trend, as both the Journal and the Boston Daily Advertiser of September 11 make mocking references to Wright losing the toss “of course” and “as usual.”

5 This article follows the Clipper account in describing this sequence of events.  In some points, such as who scored on a given hit or error — or whether a batter reached via hit or error, it differs from the account in the Daily Advertiser, but as the Clipper’s play-by-play is on the whole more detailed (and thorough, compared with the many gaps in the Boston papers’ reports), we have relied on it here.

7 This was before the creation of the “infield fly” rule.