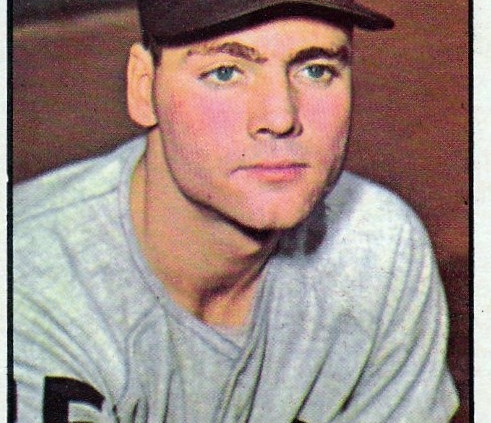 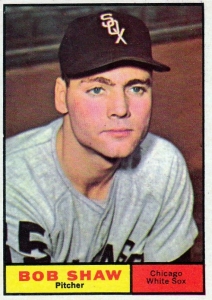 The White Sox needed a win badly. After splitting the first two games of the World Series against the Dodgers in Chicago, they lost the next two games in Los Angeles. Their backs were at the wall and they needed a win to keep their championship hopes alive. Chicago Tribune writer David Condon wrote that the White Sox “had experienced only futility since winning the opener 11 to 0 in Chicago.”1

A crowd of 92,706, the most to ever witness a World Series game, showed up at the Los Angeles Memorial Coliseum hoping to see their team bring home a championship. The White Sox not only faced the Dodgers, but they faced an “expanse of white shirted spectators in the huge oval and a bright sun which made fly balls a hazard for the outfielders.”2

Sandy Koufax started for the Dodgers. He had pitched two scoreless innings of relief in the Sox blowout back in Game One, and looked sharp from the start as he retired the first six batters on just 13 pitches.3 The White Sox finally hit Koufax in the third inning when a pair of singles brought Chicago to the verge of scoring. But he got out of the inning without surrendering a run when Luis Aparicio was thrown out at second while trying to stretch his single.

White Sox manager Al Lopez called on Bob Shaw for the start. Shaw had pitched 6⅔ innings in the White Sox’ 4-3 loss in the second game of the Series. Shaw surrendered eight hits, three of them home runs, in that game.

Shaw continued to give up hits in this game, surrendering at least one hit in every inning until he was removed after giving up two singles in the eighth. But his solid pitching and the White Sox defense kept Los Angeles from scoring. After Gil Hodges tripled in the fourth inning, Shaw got Don Demeter on a grounder to the mound and John Roseboro on a broken-bat popout to shortstop to snuff out the scoring opportunity.

The White Sox had scored a run in the fourth inning. Nellie Fox led off with a single and raced to third when Jim Landis followed with another single. Koufax got Sherm Lollar to ground into a second-to-first double play and the speedy Fox scored. Little did anyone in attendance, especially the Dodgers, expect Fox to be the only runner to cross home plate that afternoon.

“If our foresight was as good as our hindsight, maybe we would have got out of it by throwing to the plate on Lollar’s ball instead of turning it into a double play,” Koufax said later. “But at the time, the double play was the logical one.”4

It looked as though the Dodgers might score in the seventh. Shaw walked pinch-hitter Chuck Essegian, who was replaced by pinch-runner Don Zimmer after a leadoff fly out by Roseboro. Duke Snider batted for Koufax and hit a broken-bat groundball that got Zimmer at second. Johnny Podres ran for Snider. Jim Gilliam followed with a single.

Lopez, in a “stroke of genius,” now made a defensive move.5 He moved Al Smith from right field to left field replacing rookie Jim McAnany and inserted Jim Rivera in right field. Lopez thought that Charlie Neal was likely to hit the ball to the screen in left and wanted the veteran Smith to be there.

Alston hoped that Neal, who had hit two homers in the Dodgers’ 4-3 Game Two win, would be able to provide the offensive punch the Dodgers needed. But Shaw was not to be stopped; Neal said later that Shaw threw “almost nothing but sliders away from me.”6

After Shaw threw a wild pitch that allowed both runners to advance, Neal worked the count to 3-and-2. When he finally hit the ball, it went to right field, not left. The left-handed Rivera, “playing deep after experience with Neal in the Puerto Rican League, sped to his right and made an over-the-shoulder, one-handed catch.”7

Dodgers manager Walter Alston said: “I’ll give Al (Lopez) a helluva lot of credit for that one. He made the right move at the right time.”8 Whether the right-handed Smith would have made the catch can be debated forever, but “Rivera made Lopez look like the smartest guy in the arena.”9

“I thought for a moment it might give me trouble, but once I was underway I knew I had it,” Rivera said. Smith noted that it is “no fun to play [in the Coliseum]. I like baseball but that was nerve wracking.”10

The Dodgers might have scored on Rivera’s catch but third-base coach Pee Wee Reese held up Gilliam at third. “He faked me real good,” Reese said. “I thought [Rivera] was going to throw home and not to second. I should have kept Jim coming; I could have stopped him at the last second if necessary.”11

Koufax left after seven innings, having given up just five hits and the lone run. Dodgers fans had expected the team to score all afternoon so they weren’t worried about that one run until late in the game. Alston said of his pitcher, “I can’t expect any better pitching than I got today from Koufax.”12

The bottom of the eighth saw more dramatics as Shaw got himself in trouble again. Wally Moon led off with a single when center fielder Jim Landis lost the ball in the sun. After Norm Larker flied out, Hodges came to bat and hit the first pitch he saw into the left-field stands. The smash brought the crowd to their feet until it was called foul. Reese, coaching at third, said “(I)t was real close, to close to call.”13

Hodges then drove the ball to center field for a single. Moon beat center fielder Landis’s throw to third. The throw allowed Hodges to reach second and suddenly the Dodgers had two runners in scoring position.

Alston and Lopez tried to outguess each other. Alston sent up Ron Fairly to hit for the left-handed Demeter. Lopez pulled Shaw and brought in lefty Billy Pierce from the bullpen. Alston then Fairly and sent Rip Repulski to the plate. Lopez didn’t give him a chance to hit as he called for an intentional walk that loaded the bases.

Alston sent right-handed batter Carl Furillo to hit for Roseboro. Lopez promptly pulled Pierce and sent for right-hander Dick Donovan. When Lopez handed him the ball, his only words were “Get it over and keep it low.”14

After taking the first two pitches, Furillo hit a high foul pop that bounced off the screen behind home plate, preventing catcher Lollar from grabbing it. As Moon inched down the line, Donovan threw Furillo a low fastball. He connected but popped out to third base as “[a]ll of Dodgerville groaned.”15 Alston had run out of batters on his bench so he was forced to let Zimmer, who hadn’t batted since August 24, come to bat. Zimmer lifted an easy fly ball to left field and the inning was over.

Stan Williams set the White Sox down in order in top of the ninth inning. In the bottom of the inning, Donovan returned to the mound, seemingly immune to the “trumpet-tooting Dodger fans and their follow-up throaty ‘Charge!’”16

Since he had depleted his bench, Alston was forced to use pitcher Larry Sherry as a pinch-hitter for Williams. Sherry, who had just seven hits all season, grounded out to third base. Gilliam, the next batter, already had four singles in the game and Dodgers fans were on their feet hoping to see him get a record fifth. But Donovan got him to ground out to second.

Neal stepped to the plate, the last hope of the Dodgers. From the dugout, Shaw shouted, “Now you’ve got to go hard, Dick. Go hard!”17 Donovan got Neal to ground out to Aparicio at short, giving the White Sox the much-needed win and sending the Series back to Chicago.

Donovan said later that “I won’t be able to smile for three days. I wish, in all honesty, that I could say that I was completely calm. But I’ve never been in a spot exactly like that.”18 After the game, Lopez, with a big smile on his face, said, “This was the best played game of the series.”19

The 1-0 White Sox victory sent the Series back to Chicago, with the team trailing three games to two. Unfortunately for the White Sox, the Dodgers closed out the Series with a 9-3 victory in Game Six.