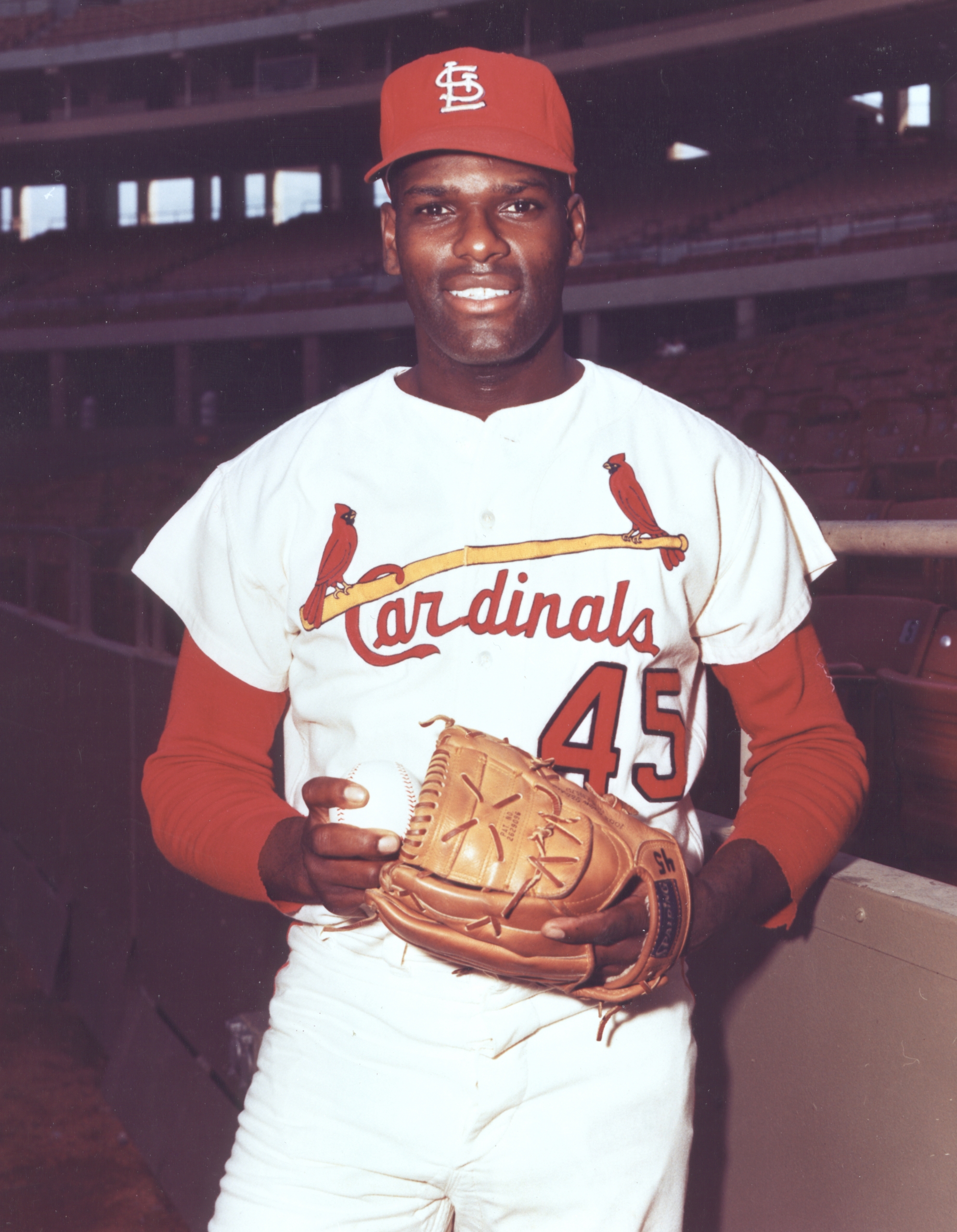 In his first World Series for the St. Louis Cardinals in 1964, Bob Gibson was running on fumes by the end of Game Seven. Just two days earlier, he had pitched a 10-inning complete game against the mighty New York Yankees and said he felt like he had come out of a 10-round boxing match afterward. Manager Johnny Keane handed his ace the ball again for the winner-take-all finale.

An exhausted Gibson allowed two home runs in the ninth inning, but Keane’s faith was rewarded when he induced New York’s Bobby Richardson to pop out and clinch the Cardinals’ World Series championship with a 7-5 victory. Gibson was named the Series MVP.

When Keane was asked why he left Gibson in even though his starter was clearly tiring near the end, the manager replied, “I was committed to this fellow’s heart.”

Gibson, who died of pancreatic cancer at the age of 84 on October 2, 2020, showed as much heart as any pitcher of his generation over a stellar 17-year career in St. Louis, leading the Cardinals to three World Series in five years, including another title (and another World Series MVP award) in 1967, setting a live-ball-era record with an eye-popping 1.12 ERA in 1968, throwing a no-hitter in 1971, and becoming the first National League pitcher to reach the 3,000-strikeout plateau. It all added up to a spot in the Baseball Hall of Fame in 1981, his first year of eligibility.

But the numbers could never capture the totality of Gibson’s unmistakable presence on the mound — an intimidating aura that struck fear in the hearts of even his closest friends, if they happened to dig in to the batter’s box too deeply for his liking.

“For my money, the most intimidating, arrogant pitcher ever to kick up dirt on a mound is Bob Gibson,” Cardinals catcher Tim McCarver recalled. “If you ever saw Gibson work, you’d never forget his style: his cap pulled down low over his eyes, the ball gripped — almost mashed — behind his right hip, the eyes smoldering at each batter almost accusingly.”

Gibson was at his peak in 1968, when he finished 22-9 with 13 shutouts and a streak of 47 consecutive scoreless innings to earn both NL Cy Young Award and Most Valuable Player honors. In the World Series, he set a record that still stands with 17 strikeouts against the Detroit Tigers in Game One. His dominance was so complete that he almost single-handedly forced a series of rule changes in the offseason, when baseball officials lowered the height of the mound from 15 inches to 10 and contracted the size of the strike zone in an attempt to give hitters a break. It didn’t make much difference to Gibson, who won 20 games in each of the next two years and his second Cy Young Award in 1970.

A talented multisport athlete who became a basketball star at Creighton University in his hometown of Omaha, Nebraska, and briefly played for the Harlem Globetrotters, Gibson excelled in every way possible on the baseball field. He won nine Rawlings Gold Glove Awards for fielding excellence and still ranks in the top 10 among pitchers with 24 career home runs.

Off the field, Gibson was proud of his role in creating a harmonious clubhouse culture in St. Louis during the turbulent 1960s. As teammate Curt Flood noted, the Cardinals in that era were “as close to being free of racist poison as a diverse group of twentieth-century Americans could possibly be. Few of them had been that way when they came to the Cardinals. But they changed. … The initiative in building that spirit came from Black members of the team. Especially Bob Gibson.”

In retirement, Gibson had brief flings as an “attitude coach” under ex-teammate Joe Torre with the New York Mets, Atlanta Braves, and the Cardinals, and he also spent time in the broadcast booth with ABC and ESPN. But his outspokenness wasn’t as appreciated at the executive level when he tried to continue working in baseball. “It baffles me,” he wrote later, “that baseball would feel so antagonistic toward me as to keep me out of its ranks when all I ever did was try to play it to the best of my ability.”

“He never requested respect,” McCarver told the St. Louis Post-Dispatch. “He just got it. People paid attention when they were around Bob Gibson.