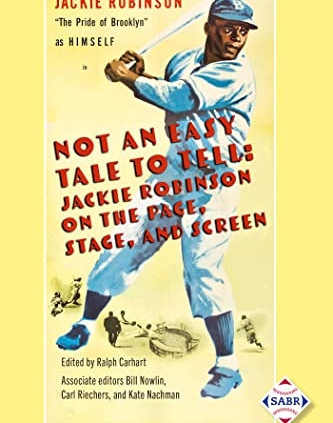 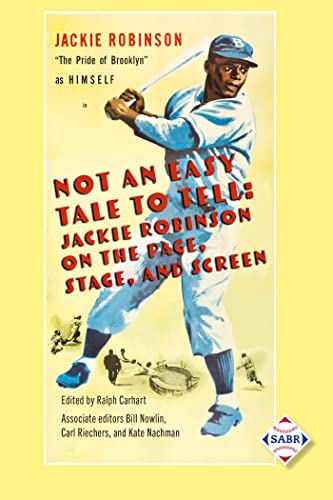 Few athletes have sparked the creative imaginations of artists more than Jackie Robinson. His presence can be seen in cinema, on television and on stages, big and small; even tucked within the pages of written fiction. As we approach the seventy-fifth anniversary of Robinson’s integration of the Dodgers, he continues to inspire, including a recent appearance in the premiere episode of HBO’s groundbreaking Lovecraft Country.

Robinson’s tale serves as such ripe material for creatives because of how singular and inspiring it is. Over time, those creative representations have shaped the story of Jackie Robinson, taking him beyond his true, complicated personhood and elevating him to an inspirational symbol. The only other American athlete to ascend to the level of folklore is Babe Ruth, a son of immigrants whose “rags to riches” journey resonated with the hopes of early twentieth century Americans. Robinson’s tale, by contrast, embodies American society’s post-war aspirations for itself and the conflicts that would shape it, including the fight for civil rights and roles that education, athletics, the military, and professional sports played in racial integration.

Not an Easy Tale to Tell looks at the stories behind the stories that have shaped the way we think about Jackie Robinson. Not only does it separate the fact from fiction, but it looks at why that fiction was created. It also posits the idea that sometimes the fiction is just as important. Contributors to this volume examine Robinson’s portrayals in Hollywood movies, children’s books, musicals and plays, and documentaries.

Artists keep returning to Robinson because he is one of the most inspirational figures of the twentieth century not in spite of, but because of his complexities. He did more than change the game of baseball—he changed America. By doing so, he inspired multiple generations of artists to look to him to help them tell their stories. In utilizing Robinson as a symbol, they invariably highlight, time and again, how his actual story is not an easy tale to tell.