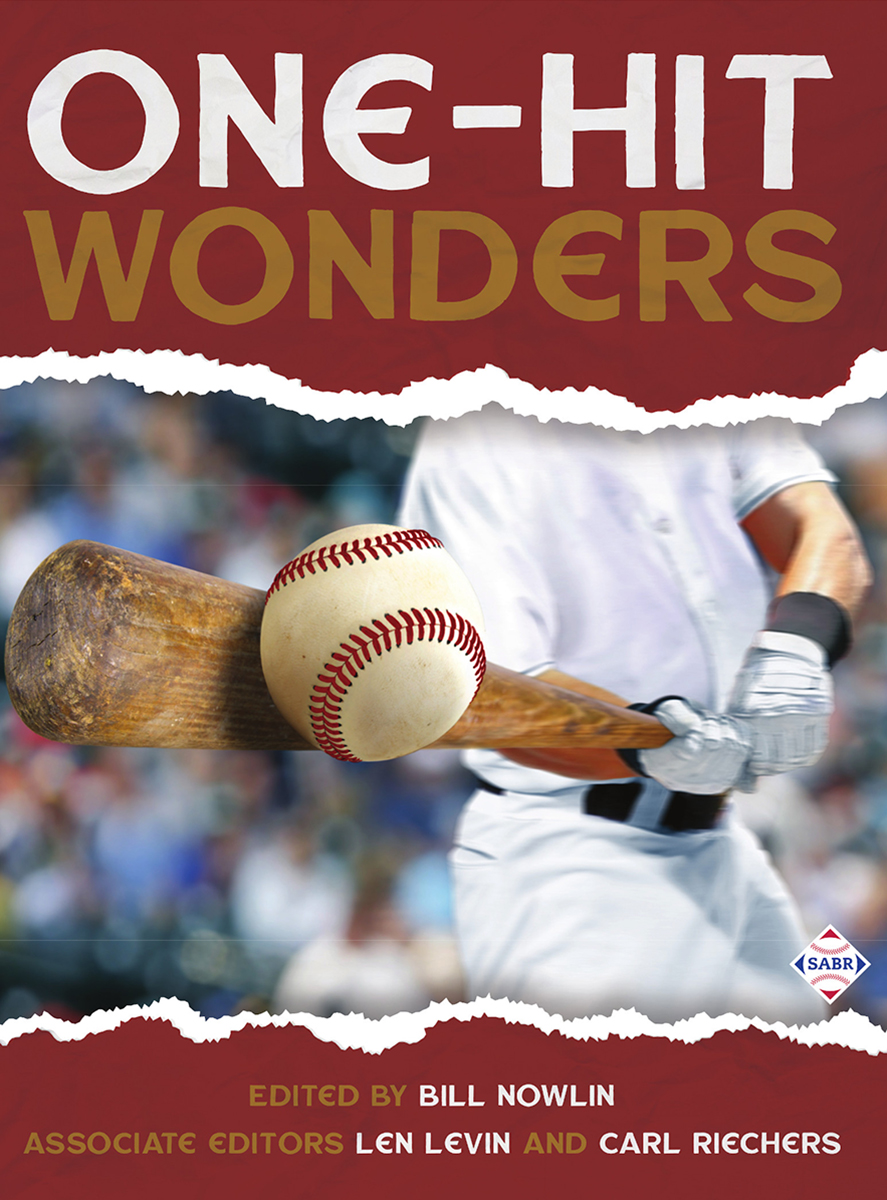 Over the years, millions have dreamed of playing major-league baseball, but only around 20,000 players have put on a big-league uniform. Some had lengthy careers, some much briefer—including a surprising number who had just one base hit: close to 1,400 of them. Some of these “one-hit wonders” were pitchers, and not expected to hit—though right-hander Fred Gladding had 68 plate appearances with just one hit. Others simply had such short careers, they consisted of one game—or less.

More than 50 SABR researchers, authors, and editors contributed to this book and present brief biographies of 70 players, telling the stories of some who might otherwise be overlooked—but who made the grade and got exactly one hit in the majors. Center fielder Skeeter Skelton had 43 plate appearances but just one hit. Gene Woodburn had just one hit, but four career RBIs (and the hit was not a grand slam). Thirteen others have three RBIS apiece. There were 22 players whose one and only hit was a home run. There were 22 whose hit was a triple, and quite a number—179—whose only hit was a double.

For some, their only hit came on their first at-bat. Others had to wait a lot longer (Gladding’s hit came in his 50th plate appearance). Pitcher Arthur Rhodes played in exactly 900 big-league games (and 29 postseason games), with one base hit to his credit. Some stuck around the game, like Rod Dedeaux, who became one of the most celebrated amateur baseball coaches in history, coaching at USC for 45 years. Others, like a USC alum whom Dedeaux coached, Dan Ardell, would end up in other industries. When asked if he’d had two hits in the major leagues, instead of just one, if he thought his story wouldn’t have been as interesting, Ardell replied, “I think that’s exactly true.”

One-Hit Wonders presents a variety of life stories, and adds a few dozen more biographies to SABR’s BioProject, has published biographies of over 5,000 figures involved with baseball.