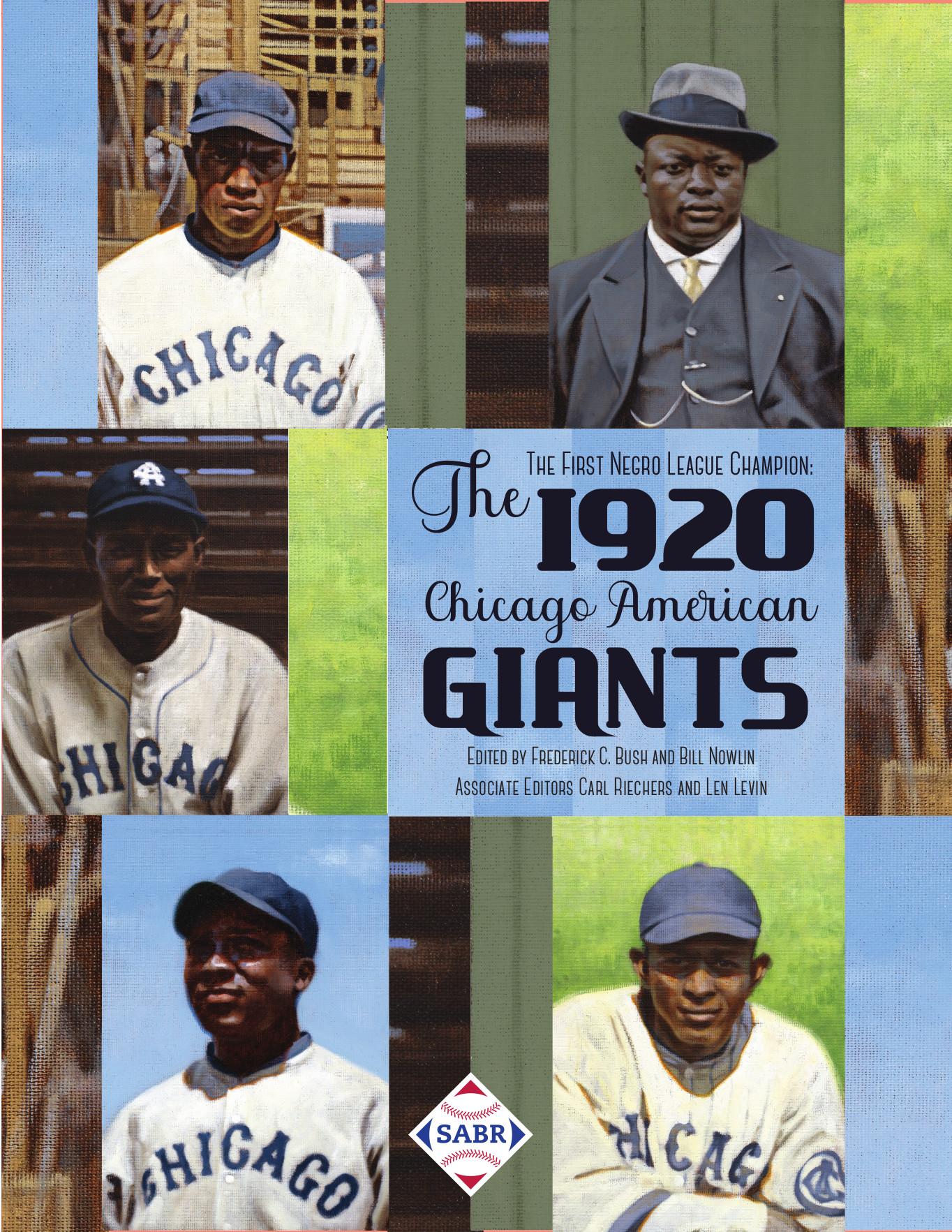 On December 16, 2020, Major League Baseball announced that seven Negro Leagues, from various seasons spanning the years 1920 to 1948, were being recognized as major leagues and that all statistics from those leagues and seasons would henceforth be considered part of the major-league record books. The earliest league to be included is the first iteration of the Negro National League (NNL), founded by Rube Foster, which extended from 1920 through the end of 1931.

The First Negro League Champion: The 1920 Chicago American Giants chronicles the team which won the title of champion in the NNL1’s inaugural season. Foster, a Hall of Famer, and his White business partner John Schorling are featured here. Biographies of every player on the team include Cristóbal Torriente, a member of both the National Baseball Hall of Fame and the Cuban Baseball Hall of Fame, as well as early Blackball stalwarts Dave “Lefty” Brown, Bingo DeMoss, Judy Gans, Dave Malarcher, Frank Warfield, and Frank Wickware. The history of the American Giants’ home field, Schorling Park, is also examined.

Rounding out the tale of this landmark franchise are a comprehensive timeline of the 1920 season, a history of the founding of the Negro National League in 1920, and the complete story of the American Giants, both under Foster’s ownership and beyond. A generous number of historical photographs and graphics add to the commemoration of this landmark team.

This collaborative work of 21 members of the Society for American Baseball Research, with assists from many other individuals, constitutes the fifth volume of an ongoing SABR series on great teams from Negro Leagues history.