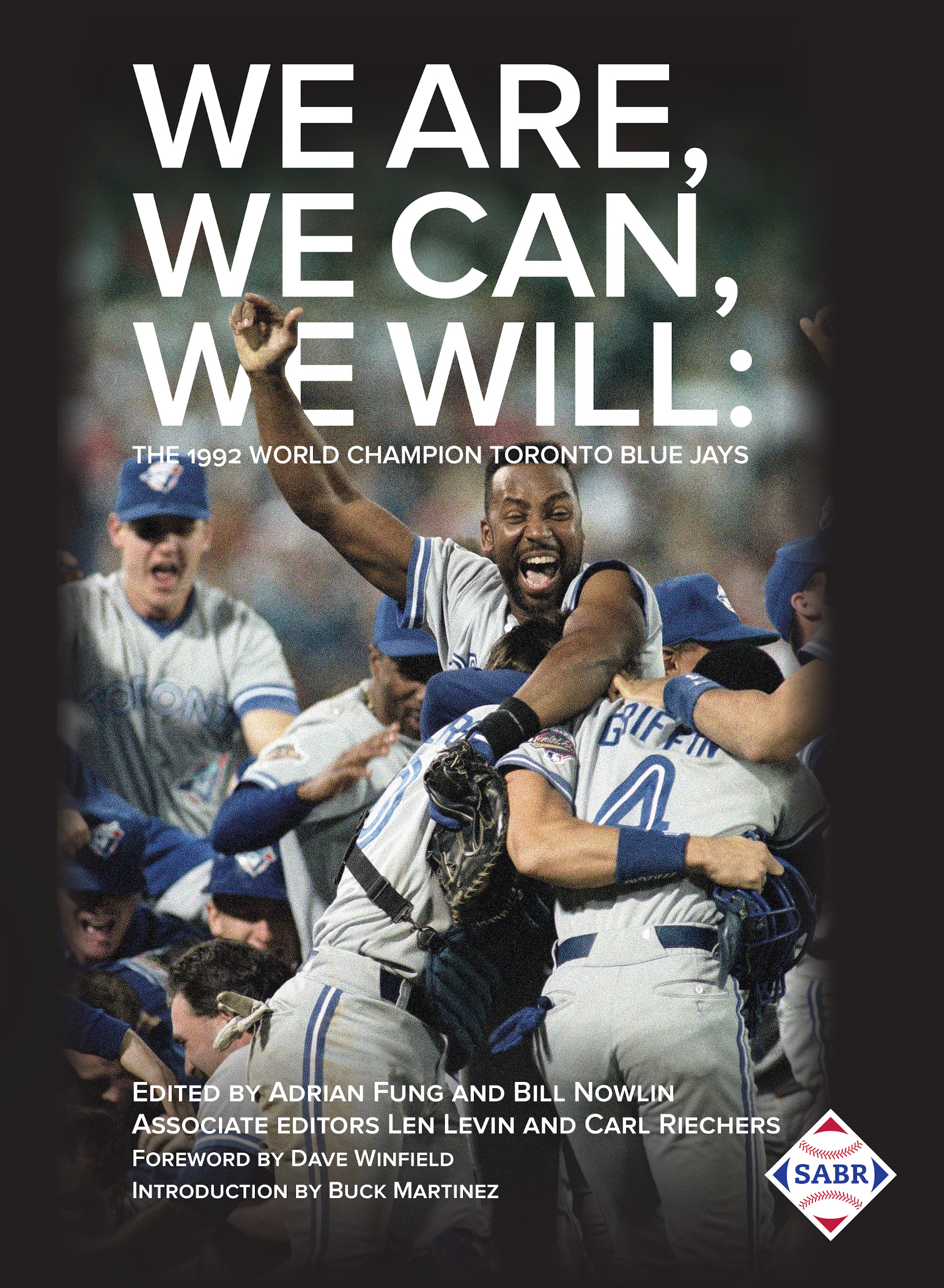 The 1992 Toronto Blue Jays will always be remembered as the first World Series-winning club based outside the United States and the first from Canada. Before that memorable season, the Blue Jays were respected as consistent contenders, the team never seemed able to win a championship. After winning the division in 1991, the 1992 club confidently adopted “We Are, We Can, We Will” as their team motto, indicative of their unshakable belief that they were capable of winning the American League pennant and then the World Series.

They were right. When Joe Carter caught the final out of the World Series in Atlanta, he touched off a celebration in Toronto and across Canada for baseball fans who had waited many years for the Blue Jays to finally hoist the Commissioner’s Trophy.

We Are, We Can, We Will features biographies of every player who played for the 1992 Toronto Blue Jays including Hall of Famers Dave Winfield, Jack Morris, and Roberto Alomar. Manager Cito Gaston, Hall of Fame general manager Pat Gillick, and radio broadcaster Tom Cheek are also included, as well as a “ballpark biography” of SkyDome, Toronto’s home ballpark. Ten reports describe significant games from the 1992 season illustrating Toronto’s championship journey from Opening Day to the last game of the World Series. The book concludes with an essay on the Blue Jays celebratory visits to Washington, DC, and Ottawa, and an article on how team management deftly reshaped the roster in the winter to prepare Toronto for another successful championship drive in 1993. This book is the result of a collaborative effort by 53 SABR members, many from the Hanlan’s Point (Toronto) SABR Chapter.