Welcome to “This Week in SABR!” Click here to view this week’s newsletter on the web. Here’s what we’ve been up to as of October 9, 2015:

For those of you whose SABR memberships expire by December 31 — you can check your current membership status here — it’s almost time for you to renew! We’re excited about the upcoming year ahead of us and we hope you’ll take advantage of all the great membership benefits offered to SABR members in 2016. Here’s a short list:

Dues are the same as they have been in recent years: for this, you get two editions of the Baseball Research Journal, the expanded e-book edition of The National Pastime; 8-10 free e-books published by the SABR Digital Library; “This Week in SABR” every Friday; access to research resources such as Paper of Record (with complete archives of The Sporting News); discounts to all SABR conferences such as the National Convention (Miami 2016), the SABR Analytics Conference, the Jerry Malloy Negro League Conference, and the Frederick Ivor-Campbell 19th Century Conference; discounts to MLB.TV; and much, much more.

We believe SABR has something for everyone, from the active researcher to someone passionate about baseball. We hope you’ll invite your friends, colleagues and family members to join at store.sabr.org.

We’re less than a month away from the seventh annual SABR Arizona Fall League Experience — a new name, but same great experience — on November 5-7, 2015, in Scottsdale, Arizona. We hope you’ll join us!

The event will feature four AFL games showcasing baseball’s top prospects, including games at Scottsdale Stadium and Camelback Ranch, our first trip to Glendale. We’ll also have dinner at Don and Charlie’s in Scottsdale, home to one of the great sports memorabilia collections you will ever see, and a ballpark dinner at Salt River Fields at Talking Stick with a special guest speaker.

On Saturday, November 7, attendees will join members of SABR’s Flame Delhi Chapter for their regional fall meeting, with research presentations and guest speakers. The conference will conclude with the nationally televised Fall Stars Game on Saturday evening at Salt River Fields at Talking Stick.

All baseball fans are welcome to attend, so join us in November for the SABR Arizona Fall League Experience! 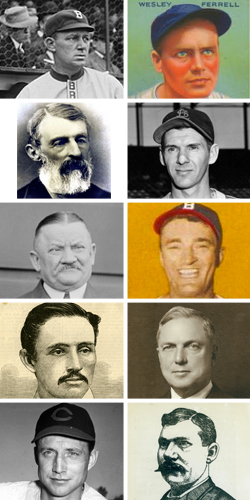 Six former big league players, three executives and one of the game’s earliest organizers comprise the Baseball Hall of Fame’s 10-name Pre-Integration Era ballot to be reviewed and voted upon at the 2015 Baseball Winter Meetings in Nashville. 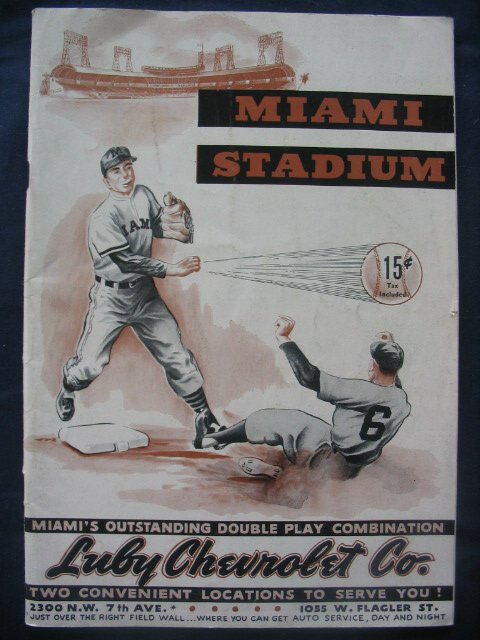 To coincide with the convention, the summer 2016 issue of The National Pastime will focus on Florida and particularly Miami-area baseball. Florida has had a long relationship with Major League Baseball as the home of the Grapefruit League spring training, as well as various minor leagues, college baseball powerhouses, and two current major-league expansion franchises.

There’s plenty to explore and, ideally, we’d like a mix of topics that could encompass everything from fan studies to Little League. Research articles may be historical, biographical, or analytical, but please avoid personal narrative.

This issue of The National Pastime will be edited by publications director Cecilia Tan. She will be taking queries and abstracts until November 15, 2015, and will make assignments no later than December 1. First drafts of articles will be due no later than March 1, 2016, and rewrites (if needed) will be due by April 15.

Queries should be one to two paragraphs with a detailed encapsulation of the article idea, as well as a description of why you are interested in it or qualified to research it. Be specific about the sources you plan to use and what amount of your research is original. Please include an estimate of the article’s length, as well. Typical articles tend to run 2,000 to 5,000 words — the size of a midterm paper, not a Master’s thesis. The absolute upper limit on papers for the TNP is around 6,500 words.

To query, send an e-mail to ctan@sabr.org with the subject line “TNP Query” and a key word or two on your subject. (For example: “TNP Query: Jeffrey Loria in Historical Perspective.”) Some suggested topics could be:

Remember that every article must include proper citation of sources and present a clear thesis, and to be published in a SABR journal, your SABR membership must be current.

Note also that the TNP will have both a print edition (given out to SABR 46 convention attendees) and an expanded e-book version that will be sent to all SABR members. Some, but not all, of the articles will be selected to appear in the print edition, while more will appear in the electronic edition. 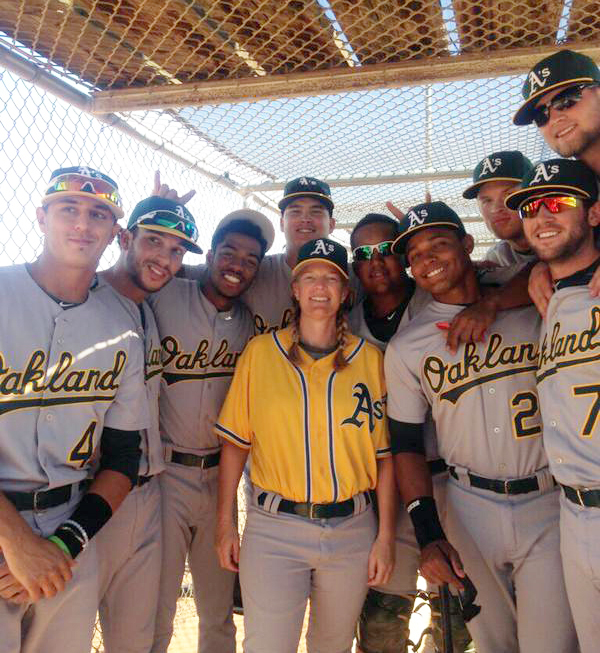 On Monday, SABR member Justine Siegal became the first female coach employed by a major-league team. The Oakland A’s have hired her to be a guest instructor for their Instructional League club this month in Arizona:

“It’s a dream come true,” Siegal recently told Susan Slusser of the San Francisco Chronicle. “The A’s are a first-class organization and it will be an honor to wear their uniform.”

Siegal, who became the first woman to coach men professionally in 2009 when she was the first-base coach for the independent league Brockton Rox, will work with A’s minor-leaguers from Oct. 4 through Oct. 17.

“We feel like Justine has a lot to offer and that (the Instructional League) is a great place to get her feet wet,” A’s assistant general manager David Forst said. “She’ll be doing a little bit of everything.”

According to Forst, Siegal will work with infielders, hit fungos and throw batting practice, among other duties. Plus, Siegal, 40, has a Ph.D. in sport and exercise psychology. Forst said that director of player development Keith Lieppman and director of minor-league operations Ted Polakowski are looking forward to having Siegal lead classroom presentations about the mental side of the game. 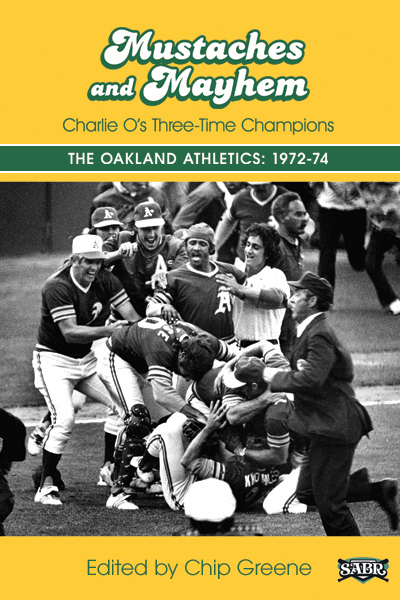 SABR members will get discounted rates for all Digital Library publications, including many for free. To download all past releases, visit SABR.org/ebooks.

All SABR members are invited and encouraged to submit a Research Presentation Proposal Abstract for the 2016 Frederick Ivor-Campbell 19th Century Base Ball Conference.

The eighth annual 19th Century Conference will be held April 15-16, 2016, at the National Baseball Hall of Fame in Cooperstown, New York.

Abstracts of 200-500 words are being accepted through October 31, 2015, for a 20- to 25-minute oral research presentation on any topic about 19th-century baseball. Please include title and contact information. Proposals must be part of an e-mail or in the form of a Word or PDF document sent to Peter Mancuso at peterplus4@earthlink.net.

Details on conference registration will be available at SABR.org/ivor-campbell19c in early 2016. 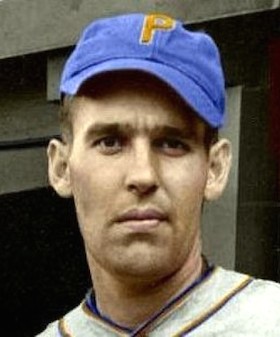 Eight new biographies were posted this week as part of the SABR Baseball Biography Project, which brings us to a total of 3,420 published biographies. Here are the new bios:

All new biographies can be found here: /bioproj/recent 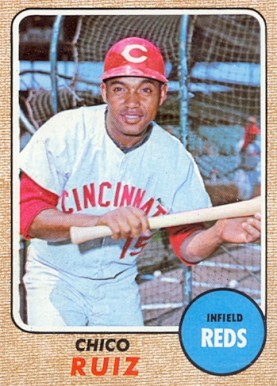 All new Games Project stories can be found here: /gamesproject/recent

Here are the new SABR research committee updates this week: