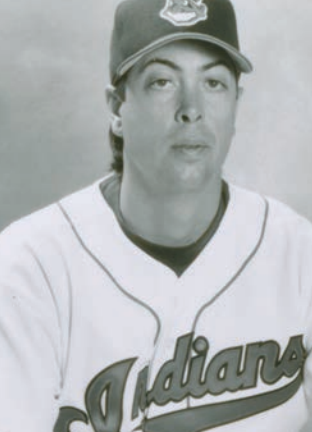 The very best parts of a game always were at the end for Eric Plunk. He was a starting pitcher early in his career, but like many hard throwers, he had problems with his command, especially with his secondary offerings, and he found his highest and best use in major-league bullpens for 14 seasons. Plunk’s best moment on the mound came on September 17, 1996, when he pitched the last three innings against the White Sox to save the game in the Indians’ 9-4 win that clinched their second consecutive Central Division title and marked a return to the postseason for a team bursting with talent.

Eric Vaughn Plunk was born on September 3, 1963, in Wilmington, California, to Melva and Kenneth Plunk. Kenneth worked as a foreman in the farm-machinery business. Eric grew up in the Los Angeles suburbs along with a brother, Gerald. He graduated from Bellflower High School in 1981, and was selected in the fourth round of that June’s draft by the New York Yankees. A right-handed pitcher, he stood 6-feet-5, and weighed 210 pounds as a mature ballplayer, and had a perfect build for a pitcher. Early scouting reports acknowledged Plunk’s above-average fastball along with a strong curve, but also noted his lack of command and a fastball that tended to be straight up in the zone.1 In the summer of 1981 he began his minor-league career in the Gulf Coast League with the Yankees’ rookie affiliate and progressed to the Fort Lauderdale of the Florida State League in 1983, where his record as a starter was 8-10 with an ERA of 2.74. The Yankees continued to stretch Plunk out as a starter in 1984, and at Fort Lauderdale he won 12 games against 12 losses with a 2.86 ERA.

After the season Plunk began what would be a staple of his career when he was traded by the Yankees to the Oakland Athletics in a deal that was notable for bringing Rickey Henderson to New York. Plunk went to Oakland along with Stan Javier, Jose Rijo, Tim Birtsas, and Jay Howell. In return Oakland sent Henderson and Bert Bradley to the Yankees.

In the Oakland organization, Plunk continued his steady progress, beginning with the 1985 season with Huntsville, Alabama, in the Southern Association and ending that year with the Tacoma Rainiers of the Pacific Coast League. Between the two teams, Plunk posted an 8-7 record and a 4.42 ERA. He returned to Tacoma in 1986, but received his first call-up to the major leagues, making his debut against Toronto on May 12, giving up four runs in 5⅓ innings of relief. Plunk finished the season with the Athletics, logging 120⅓ innings as the Athletics finished third out of seven teams in the American League’s West Division.

Plunk started 15 of the 26 games he pitched in for the Athletics in 1986, but by the end of the 1987 season he had shifted to the bullpen exclusively and over the course of his 14 seasons in the major leagues, he was used almost without exception as a reliever. He established himself as a quality set-up man in 1988 for Oakland in a bullpen led by future Hall of Fame closer Dennis Eckersley. Plunk threw 78 innings that season as a reliever and pitched to an ERA of 3.00 and a record of 7-2.

Plunk came of age as a major leaguer with an exceptional group of talented Oakland players. The 1988 Athletics won 104 games under manager Tony La Russa and finished in first place in the American League West. They were led by two players who achieved notoriety during the era of performance-enhancing drugs, Mark McGwire and Jose Canseco. The pitching staff was led by Dave Stewart and Bob Welch and the combination of solid pitching, a quality bullpen, and unmatched power led the team to the World Series, where they were beaten by the Los Angeles Dodgers in five games. In the 1988 postseason, Plunk pitched in three games, two of them in the World Series. He was unscored upon in a total of two innings of work. He began the 1989 season with Oakland, but in June the Yankees completed a trade that sent Rickey Henderson back to the Athletics with the Yankees receiving Plunk, Greg Cadaret, and Luis Polonia.

Plunk spent three seasons in New York and in his last year there, 1991, the Yankees once again employed him as a starter. He threw 111⅔ innings that season and saw his ERA soar to 4.76, the highest it had been since 1987. Those disappointing numbers led the Yankees to part company with Plunk, who signed with the Cleveland Indians as a free agent before the 1992 season.

Used exclusively out of the bullpen again, Plunk saw his numbers improve and once again he was part of a talented young team that would achieve great success. In spring training before the 1993 season, Indians closer Steve Olin was killed in a tragic accident and Plunk was forced into the closer role, which he shared with Derek Lilliquist and Jerry Dipoto. Plunk earned 15 saves that season, the most on the team, and had a 2.79 ERA in 71⅔ innings. It may have been his best season, but Cleveland managed only a sixth-place finish in the American League East despite the presence of Kenny Lofton leading off and Albert Belle hitting in the middle of the order.

In 1994 the Indians’ bullpen situation remained uncertain and Plunk was the best late-inning relief that manager Mike Hargrove could call upon. He threw 70 innings and posted a 7-2 record to go with a team-leading 2.54 ERA and three saves. As with Oakland, the Indians were building a team of strong young talent that would coalesce in 1995 and fuel a run of playoff excellence. Plunk was a favorite of Mike Hargrove, if not always of Cleveland fans who were often frustrated by stretches of wildness that plagued Plunk even in his best years.2

The biggest change that season for Plunk was the emergence of Jose Mesa as the Indians’ closer. Mesa had 46 saves and a 1.12 ERA and Plunk and Julian Tavarez were the primary set-up pitchers in the late innings. The Indians bullpen was crucial to the success of the team in 1995, because veteran pitchers like Dennis Martinez and Orel Hershiser had limit their innings to remain effective. Paul Assenmacher and Jim Poole were part of a capable cadre of relievers who limited the stress on the starting rotation to the point that no 1995 starter pitched more than 187 innings.

The team won the American League pennant by beating Boston and Seattle in the playoffs. Plunk made only one appearance in the Division Series against the Red Sox, an inning and a third of scoreless relief. Against the Mariners in the League Championship Series, he was used more often. In Game Three, in Cleveland, Plunk came on in the 11th inning with the score tied, 2-2, a runner on base, and one out. Plunk retired the Mariners’ Edgar Martinez on a foul pop. With two out, manager Hargrove ordered Plunk to intentionally walk Tino Martinez to face Jay Buhner. Buhner hit a long home run to right field that “may still be orbiting to this day.”3 The mortal blow in the Mariners’ 5-2 victory was struck off Plunk, but Julian Tavarez was the losing pitcher.

In Game Five, Plunk came on in the eighth inning and was able to escape a jam of his own making after he walked two batters. Luis Sojo of the Mariners scorched a line drive that shortstop Omar Vizquel was able to turn into an unassisted double play to end the inning. Plunk did not pitch in the World Series against the Atlanta Braves, who beat the Indians in six games.

In 1996 Plunk was again an integral component in the excellence of the Indians pitching staff. He threw 77⅔ innings of relief and had a 2.43 ERA with two saves. At 32, Plunk had what may have been his best campaign in the majors, logging more innings than he had previously and striking out more than a batter per inning with 85 K’s by season’s end. However, in the American League Division Series against the Baltimore Orioles, Plunk again had problems with the long ball. In Game Two, he relieved Orel Hershiser and threw two scoreless innings. But manager Mike Hargrove pushed his luck and sent Plunk back out in the bottom of the eighth inning against the heart of the Orioles batting order. He walked Bobby Bonilla and allowed a ground-rule double to Cal Ripken to put runners at second and third. He intentionally walked Eddie Murray to load the bases. Paul Assenmacher and Julian Tavarez relieved Plunk and allowed three runs to score, all of which were charged to Plunk, who took the loss. In the decisive Game Four of the series, Plunk pitched a hitless eighth inning with two strikeouts. Jose Mesa blew the save in the ninth inning and the Indians lost the game in extra innings and the series to Baltimore, three games to one.

In the following year, 1997, the wear and tear began to show on Plunk. He allowed an uncharacteristic 12 home runs in 65⅔ innings and had a 4.66 ERA. The Indians were in the playoffs once again and went to the World Series, where they lost to the Florida Marlins. Plunk pitched in Game One of the Division Series against the Yankees and gave up four runs in an inning and a third. Again, it was the long ball that proved his undoing. In the bottom of the sixth inning, he gave up back-to-back home runs to Tim Raines and Derek Jeter as the Yankees won, 8-6.

In the ALCS, Plunk threw a scoreless two-thirds of an inning as Cleveland beat the Orioles to advance to the ’97 World Series. However, against the Marlins, he was ineffective again. He pitched two scoreless innings in Game One after Orel Hershiser surrendered seven runs in the first five innings. In Game Three, a slugfest won by the Marlins, 14-11, Plunk took the loss after giving up two singles, two walks, and three earned runs. In his last postseason appearance, Plunk threw a scoreless third of an inning in Game Five, a loss to the Marlins. Although he was often effective, Plunk had an unsightly ERA of 7.53 in 14⅓ innings of relief in his postseason career. His record as a reliever in the month of October is defined by several innings of less than desirable result.

After his playing career, Plunk devoted himself to his family and teaching baseball. He and his wife, Billie, had two sons, Eric Jr. and Alden, and two daughters, Abigail and Allison, who died in infancy. The family lives in Corona, California. Plunk has been a pitching instructor with both Power Alley Sports and as of 2018, with the Hitting Pro in Corona.

In addition to the sources cited in the notes, the author also consulted genealogical information supplied by Bill Mortell, Baseball-almanac.com, Baseball Reference.com, and The Sporting News.