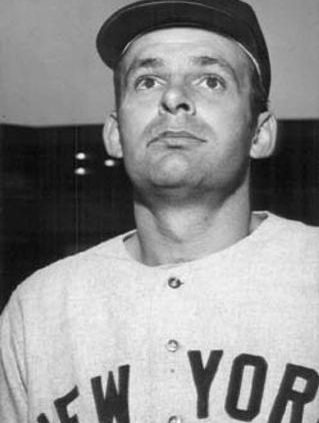 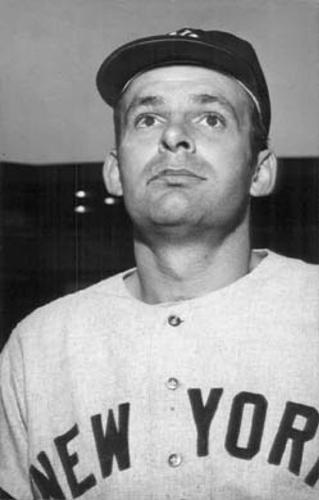 Managing a baseball team is a roller-coaster experience, and Bobby Cox saw plenty of ups and downs during 35 seasons as a professional manager. The high points included a World Series championship and 14 division titles with the Atlanta Braves, as well as an International League Governor’s Cup crown with the 1976 Syracuse Chiefs. Low points included three 90-loss seasons with Atlanta1 as well as chronic postseason frustration, as Cox’s loaded Braves teams fell short of a championship again and again.2

Cox’s very first game as a professional skipper gave him a full preview of the up-and-down nature of managing. On Opening Day of the 1971 season in the Class A Florida State League, Cox’s Fort Lauderdale Yankees recorded the third out of the ninth inning with a 4-3 lead – only to have an error at the last possible moment hand an improbable 5-4 victory to the opposing Pompano Beach Mets.

As the 1971 season dawned, Cox was a month shy of 30 years old, his playing career freshly ended by chronic knee problems. He’d spent the 1968 and 1969 seasons playing third base for the New York Yankees, then appeared in 90 games in 1970 for the Yankees’ Triple-A affiliate in Syracuse, New York. Managers in the low minor leagues commonly made cameo playing appearances – often to close out blowouts or cover for injuries – and Cox played four final games with Fort Lauderdale in 1971, including the only three pitching appearances of his 12-season playing career.3

One news account summed up Cox’s new role: In addition to game managing, it included third-base coaching, curfew-setting, and serving as “combination father confessor/drill instructor” to his young charges. Cox said his years in the minors prepared him well for the job: “I’ve been thinking about managing for a long time. … I played for so many minor-league managers I feel I know how to present myself to the players. I expect to treat them like men, not kids.”4

Cox took over a Fort Lauderdale team that had gone 56-76 in 1970 under manager Lamar North,5 finishing fifth in a six-team division. Those results didn’t provide much guidance to predict the performance of the 1971 team, though, given the rapid turnover of low minor-league rosters. On the eve of Opening Day, Cox told a reporter his team had played “good basic baseball” in spring training, but he couldn’t predict how they would fare in the standings.6

The 1971 Yankees employed four players who went on to play in the big leagues.7 Only one appeared on Opening Day – starting pitcher Dave Pagan, a second-year professional a long way from his home in the small town of Nipawin, Saskatchewan, Canada. The 21-year-old righty posted a 9-10 record and a 4.12 ERA in 26 games at Fort Lauderdale in 1971. Also in the Opening Day lineup were third baseman John Bakis, the team’s eventual home-run leader with 11, and second baseman Mike Krizmanich, top hitter among regular players with a .308 average.

Their season began against the Pompano Beach Mets, managed by former Kansas City Athletic Gordon MacKenzie, beginning his fourth season as a skipper in the low minor leagues. Six members of MacKenzie’s team eventually reached the big leagues. Three of them started the opener – shortstop Brian Ostrosser, left fielder Bruce Boisclair, and pitcher Randy Sterling. A fourth future big leaguer, catcher Ike Hampton, appeared as a pinch-hitter.8 Sterling, a native Floridian, had been the New York Mets’ first-round draft pick in the June 1969 amateur draft. He was looking to rebound from a 1970 season in which he made only five appearances at Class A Visalia, hampered by arm and weight problems.9

The 1971 Pompano Beach roster eventually boasted one other famous name. Gil Hodges, 21-year-old son of the major-league Mets’ manager, hit .227 in 28 games as a first baseman. It was the first of two seasons the younger Hodges played at the lowest levels of the Mets’ organization, but he was not with the team on Opening Day: The Mets claimed Hodges that June with a 27th-round draft pick.

A crowd of more than 1,650 turned out for the game, a vast improvement over the 250 people who attended Pompano Beach’s 1970 opener. League President George McDonald attended, as did Whitey Herzog and Joe McDonald, then top officials in the Mets’ minor-league system.10

Another future major leaguer was in the house as well. The box score lists one of the umpires as “McKeen.” It was actually Jim McKean, who began his career in the Florida State League in 1970 and early 1971.11 McKean reached the majors in 1974 and stayed there for 28 seasons. Coincidentally, he was also present when Cox won his only World Series title as a manager.12 McKean was part of the umpiring crew for the 1995 Series and worked at second base during the deciding Game Six.13

But back to Opening Day 1971. Fort Lauderdale seized a 2-0 lead in the second inning by scoring two unearned runs, with Pagan and Krizmanich picking up RBIs. The score remained 2-0 at the end of the fourth inning, when MacKenzie pulled starter Sterling out of the game. One news account described Sterling’s outing as “rather shaky.”14 His pitching line does not seem unusually alarming in print: He gave up four hits and two walks, struck out four, and is not listed as having thrown any wild pitches or hit any batters.

Fort Lauderdale took a 3-0 lead in the top of the sixth, as shortstop Marion Prince singled in a run off reliever Gene Mendes. But Pompano Beach rallied to tie the game in the bottom half, collecting doubles by Boisclair, center fielder Jeff Anderson, and Ostrosser along with a pair of walks.15 Pagan departed after six full innings, having surrendered eight hits, three runs, and four walks while striking out five.

Leroy Gardner, pinch-hitting for Pagan, reached base in the top of the seventh, and center fielder Ed Waters singled him home for a 4-3 Fort Lauderdale lead.16 That’s where matters stayed until the bottom of the ninth. Reliever Joel DeTray, who took over for Pagan in the seventh, was still on the mound for Fort Lauderdale. DeTray, a righty, had been the Yanks’ fourth-round pick in the January 1970 secondary draft and was pitching the last of two minor-league seasons.

Pompano Beach right fielder Jose Pizarro struck out. Pinch-hitter Hampton singled, but Boisclair forced him at second base for the second out. Second baseman Nelson Pichardo flared a single, the Mets’ 13th hit of the game, to put runners on first and second. Relief pitcher Kit Putnam, a converted outfielder, came up next, and MacKenzie let him hit. Putnam swung through three pitches, and the game appeared to be over.17

But the Mets were not finished: Fort Lauderdale catcher Irving Homs dropped the third strike. Homs, a second-year pro, could have clinched a Yankees win simply by throwing to first to retire Putnam – a relatively routine play. Instead, Homs saw lead runner Boisclair sprinting for third and went for the out there instead. Homs threw wildly, and the ball rolled all the way into the left-field corner. By the time left fielder Grady Pitlock could retrieve and return the ball, Boisclair and Pichardo had crossed the plate with the tying and winning runs in a 5-4 Pompano Beach victory.

“I’ve never seen anything like it,” winning manager MacKenzie said. “I don’t know what got into the catcher on that play, but I’ll gladly take the win.”18 Cox, meanwhile, refocused on the next day’s game: “You hate to lose games like this but we’ll have to forget it and get them again tomorrow. There’s nothing we can do about it now. It’s gone.”19 Homs, who was not available for comment after the game, went on to split the season between three teams at the Class A and low A levels, hitting .254 in 61 games. He played an additional season at Low A in 1972 and left professional baseball.

Fort Lauderdale finished the season with a 71-70 record, effectively tied for third with Pompano Beach. It was Cox’s only year at Class A. He managed at Double-A West Haven in 1972, where his team went 84-56 and won the Eastern League championship.20 He then spent four seasons at Triple-A Syracuse before joining the New York Yankees as a coach. In 1978 he replaced Dave Bristol as Atlanta Braves manager, beginning a distinguished career that ended with 2,504 regular-season major-league wins and a place in Cooperstown.

This game was fact-checked by Stew Thornley and copy-edited by Len Levin.

Neither Baseball-Reference nor Retrosheet provides box scores of minor-league games, but the April 16, 1971, edition of the Fort Lauderdale (Florida) News published a box score.

7 The three ’71 Fort Lauderdale Yankees who also reached the big leagues as players were Don Cheadle, Don DeMola, and Mike Pazik. Grady Little, one of the team’s catchers, did not play in the majors but became manager of the Boston Red Sox, Cleveland Indians, and Los Angeles Dodgers between 2000 and 2007.

8 The future big leaguers who did not play in this game were Benny Ayala and Hank Webb.

11 Jim McKean’s Sporting News umpire card, accessed online September 9, 2021. A Newspapers.com search of “umpire” and “McKeen” for that time period turns up no mention of any umpire named McKeen.

12 Cox also won a World Series as a coach under Billy Martin on the 1977 New York Yankees.

16 Boetel. The story does not specify how Gardner reached base but he is not credited with a hit.

17 Game action in this paragraph and the next are a combination of Zei and Boetel.