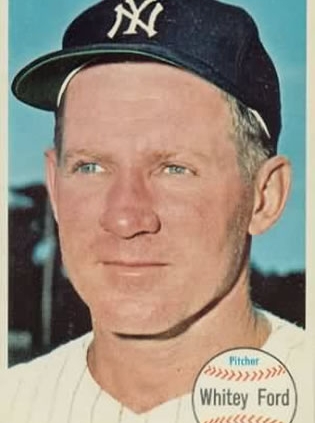 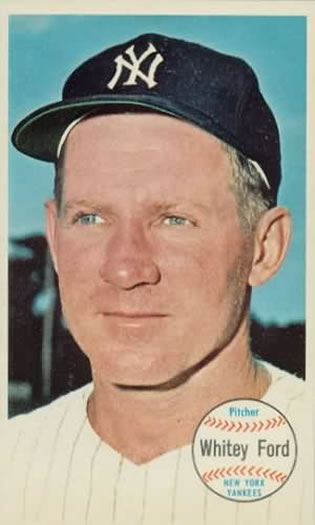 It was April 1964. The top five songs on the Billboard Hot 100 were by the Beatles. The Ford Mustang was introduced to consumers.1 The New York Yankees were the Kings of American League Baseball.

A perennial power throughout the ’50s and beyond, the Yankees were the only American League champions thus far in the ’60s. They dominated the American League and won 13 of 15 pennants and eight World Series championships in the 15-year span between 1950 and 1964. If you didn’t love them, you hoped someone, anyone would beat them.

For that same 15-year span, the underappreciated Chicago White Sox finished first, second or third 11 times, winning 90 or more games six times. They even won the whole thing in 1959, prompting the air-raid sirens to be set off in Chicago to commemorate the clinching victory in Cleveland.2 They were the only other team to claim the AL crown since 1954.

The April 22,1964, game was an island on the schedule, a one-game matchup in the infancy of the season slated for a midweek Wednesday evening in Chicago.

With 20 MPH westerly winds and a 58-degree temperature,3 it was “a crisp evening with 29,703 spectators, considerably more than expected because of the weather.”4

The Yankees always drew a crowd wherever they traveled, and their April schedule was set up like an old-fashioned barnstorming tour. Sunday in Baltimore, Monday in Boston, Wednesday in Chicago. Then back home to New York.

The White Sox’ last game had been in Boston on Sunday. Then they had two offdays to prepare to host the four-time-defending American League champions before Boston came to town on Friday.5

It was Yogi Berra’s first season as manager of the Yankees. Whitey Ford was his pitching coach. It was a rivalry and the stage was set for another showdown.

The pitching pairing fittingly featured two of the premier American League southpaws on the South Side of Chicago. Gary Peters was the 1963 Rookie of the Year. Whitey Ford was the 1950 Sporting News Rookie of the Year and winner of 199 career games with multiple accolades between. In Yankees lore, the very name Ford is synonymous with elite pitching prowess.

The Yankees came to town with a lineup filled with confident, seasoned veterans and despite a slow start to the 1964 season, they appeared eager to right the ship. After a leadoff groundout, they jumped all over the White Sox in the first inning.

Roger Maris grounded a single up the middle after Bobby Richardson had reached on an error and there were runners on first and third with Mickey Mantle at the plate and only one out. But Peters struck out Mantle and induced an inning-ending groundball from Tom Tresh to survive without harm.

Mike Hershberger led off the White Sox half of the first inning with a pop foul to first baseman Joe Pepitone. Don Buford was up next. White Sox manager Al Lopez noticed Ford reaching for the rosin bag with the ball in his hand and immediately alerted the home-plate umpire. “Red Flaherty warned Whitey to desist, but it was only a moral victory,” observed a Chicago sportswriter.6

Ford had an admitted affinity for the loaded ball, especially later in his career.7 Word was on the street from the start of the season and he had already been called out in the season opener by the brash Bostonian Tony Conigliaro. The 18-year-old Red Sox rookie said “he was positive Whitey threw a spitter … after he hit Mr. Ford pretty good.”8

First baseman Pepitone had 17 putouts and 3 assists. In fact, 23 of the 27 outs involved infielders. A fly out to Mickey Mantle, another to Hector Lopez and two strikeouts rounded out the tally. It was described as a “typical” Ford game.9 Ford walked only one batter and struck out two while hurling his 35th career shutout.

The only semblance of a threat came when Ron Hansen doubled off the left-field wall and Dave Nicholson followed with a walk. The White Sox had runners on first and second with one out in the bottom of the fourth. Joe Cunningham’s force-play grounder moved Hansen to third base, the closest a Sox runner would come to home plate all game. Jerry McNertney flied deep to Mantle to end the frame.

The Yankees got on the board first in the top of the fifth inning. Clete Boyer hit a leadoff home run over the left-field wall. (This was the first home run of the year for the Yankees and it took until the sixth game of the season for it to happen.)

The New Yorkers added another run in the seventh inning on small ball without a hit. Catcher’s interference, a passed ball, an intentional walk and a wild pitch by Peters pushed Elston Howard across the plate. Peters struck out the last two batters to end the inning.

With two out in the White Sox seventh, 39-year-old Minnie Miñoso, a hometown favorite who was taking one last time around the block with the White Sox10 stepped to the plate, pinch-hitting for Peters. Miñoso slapped a two-out single to left field. But the threat went no further when he was forced at second on a groundball by Hershberger to end the inning. Ford survived unscathed.

The Yankees tallied one more run in the eighth inning when the White Sox bullpen combination of Hoyt Wilhelm and Don Mossi failed Peters and allowed the New Yorkers to pad their lead.

Ford retired the last seven batters in order, six on groundouts, to sew up his 200th career victory.

After the game, Ford, who doubled as Yankees pitching coach in 1964, brought out a pitchers’ chart and told reporters with a laugh, “I’m giving myself an excellent report for the game. I won my first major-league game here against the White Sox in 1950. My plans now are to win 201.”11

He added, “I’ve had a lot of nice things happen to me, but winning 200 rates right up there with the best.”12

The Yankees revealed a small crack in the façade in 1964 which was exposed in this April game.

Mantle was thrown out stealing in the fourth inning, prompting the Chicago Tribune to caption a photo of the event “Mickey Must Be Getting Older.”13 And Roger Maris left the lineup in the first inning after a back spasm. Injuries were taking their toll. Ford was relying on the doctored ball for big outs.

The Yankees still won the race to the 1964 finish line, winning 30 of their last 41 games, highlighted by an 11-game winning streak in late September to end the season with 99 wins, edging the White Sox by a single game.

Was this the game that made the difference? All too often we look at games down the stretch, but all games count. The Yankees’ early-season dominance of the White Sox was indeed a factor.14

Peters commented years later on coming up one game short, “Sad. … You play that many games and to think you lose by one game. … You say, ‘If I had thrown one pitch differently or if I had gotten a hit in this spot, maybe we win and are going to the Series.”15

Conjecture fuels alternate outcomes. Reality was, on a chilly April day the Yankees took an early step to defend their title.

The author consulted Baseball-Reference.com and Retrosheet.org for box scores, play-by-play information and other pertinent data, as well as:

To capture the feel for the times, the author reread excerpts of David Halberstam’s compelling chronicle that focused on the World Series teams that year, the Yankees and Cardinals. October 1964 navigates the journey of both teams from the preseason to the fall classic.

Several early Beatles songs were also played while writing to capture the essence of 1964.

2 Bob Sector, “The 1959 ‘Go-Go’ White Sox and the Air-Raid Sirens,” Chicago Tribune, December 19, 2007. https://chicagotribune.com/nation-world/chi-chicagodays-whitesox1959-story-story.html. “Quinn acted in accordance with a City Council proclamation that there shall be whistles and sirens blowing and there shall be great happiness when the White Sox win the pennant.” Pay no mind to the panic created in an unsuspecting city during the Cold War era.

5 The schedule was unusual, but confirmed by pocket schedules on eBay that showed it was indeed scheduled that way. The 1964 White Sox schedule from Batt’s Restaurant and Lounge and the Yankees 1964 Ballantine Beer schedule for the 1964 Yankees confirmed the lone midweek game as scheduled.

7 Whitey Ford with Phil Pepe, Slick: My Life in and Around Baseball (New York: William Morrow, 1987).

10 After playing for the New York Cubans in the Negro League, Minnie Miñoso played in the major leagues from 1949 until he retired after the 1964 season. The 1964 season was his third stint with the White Sox.