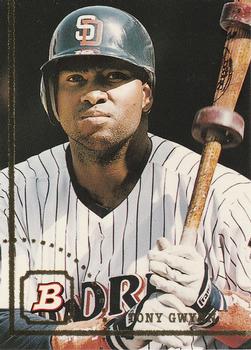 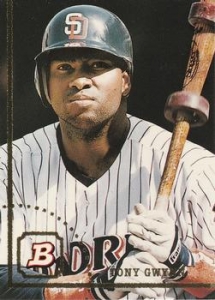 On the Astrodome field, it was business as usual for Tony Gwynn. It was August 11, 1994, and he was on yet another run towards a batting title. Possessing an uncanny ability to hit the ball between the third baseman and the shortstop, what Gwynn called the “5½ hole,” the four-time batting champ was sitting at .391 entering the day’s game. The possibility of a .400 season hung in the air, and as he got closer to the end of the schedule, Gwynn thought about how he was going to handle the media attention.1

But Gwynn had other things on his mind that day. The Major League Baseball Players’ Association (MLBPA) and the team owners were at an impasse over the owners’ proposal for a “salary cap,” and the two sides had been working without a valid collective bargaining agreement since the final day of 1993. The MLBPA set August 12 as a strike date, making the Thursday afternoon contest in Houston most likely the final game for each of the teams before a stoppage.

Twice in the previous 13 years, baseball had gone on strike during the season but returned before season’s end – after nearly two months of strike in 1981 and two days in 1985. At this point, an interruption to the 1994 schedule appeared near certain. When – or whether – the season would return was much cloudier.

The 34-year-old Gwynn was batting second that day, lining up against lefty Astros starter Greg Swindell. Left-handers didn’t really bother Gwynn, a lefty batter with a crouched batting stance. Gwynn possessed excellent bat control and bat-to-ball skills, and he didn’t bail out against tough southpaws (For his career, Gwynn batted .325 against lefties). Coming into the game, Gwynn was 6-for-20 lifetime against Swindell.2

Nor did the cavernous dimensions of the Astrodome matter to Gwynn, who was content to keep flicking the ball through the infield on the speedy Astroturf for hits. Coming into the season, Gwynn was 108-for-316 (.342) lifetime in the ballpark, and 91 of those hits were singles.

Given the point in the season and the large number of at-bats already accumulated, Gwynn was unlikely to reach .400 during that day’s game. In fact, he would have to go 6-for-6 to end the day exactly at the magic mark. But how close could he get, to set himself up to continue the chase if the strike weren’t season-ending?

The Padres, at 46-70 and in last place in the National League West, jumped on Swindell early. Left fielder Bip Roberts struck out swinging to start the game, but Gwynn stroked a line-drive single to center, raising his average to .393. Center fielder Derek Bell then reached the left-center seats on a 3-and-1 pitch for his 14th homer of the year and a quick 2-0 lead. Eddie Williams and Craig Shipley followed with singles, and after a Brian Johnson groundout for the second out, Luis Lopez singled home Williams to cap the scoring for the inning.

Staked to a 3-0 cushion, Padres starter Joey Hamilton pitched around a hit by pitch, walk, and single during his first inning to preserve the lead. Swindell next faced Gwynn in the second with two outs and Roberts on first. On a 0-and-2 pitch, Gwynn grounded out to second, lowering his average to .392 and realistically eliminating any chance that he would finish the day at .400.

San Diego knocked Swindell out in the third inning: The Padres put two of the first three batters on base against him, and then plated those two runners against his replacement, rookie right-hander Dave Veres.

Now down 5-0, the Astros got two of those runs back in their half of the third, and Gwynn batted against Veres with one out and no one on in the fourth. Gwynn had never faced Veres before, and after fouling off the first pitch he saw, lined a single to left on the next offering, raising his average back to .393. Gwynn eventually came around to score on Williams’s single for a 6-2 lead.

The game settled down a bit after that, with the Astros creeping to within 6-3 in the fifth on Ken Caminiti’s RBI single. In the top of the sixth, Gwynn faced his third pitcher of the day, right-hander Shane Reynolds. Reynolds had brief excursions in the majors in 1992 and 1993, and this current season saw him as a swingman/spot starter for the Astros. Gwynn had already had success against the 26-year-old, notching three hits in his first six plate appearances.3 He fouled off two pitches, worked the count to 2-and-2, then grounded out to first baseman Chris Donnels.4 Gwynn’s average was down at .392.

San Diego got an RBI single from Johnson in the seventh to push the lead back to four runs at 7-3, but with Hamilton’s day done after six innings, the Astros rallied against Padres reliever Pedro Martinez, highlighted by a pinch-hit three-run homer by Kevin Bass. San Diego instantly responded in the top of the eighth, this time off lefty Ross Powell. Normally summoned for just one or two batters, Powell came into the game unscored upon in 11 appearances to that point in the season but had walked five in 6⅔ innings.

Ricky Gutierrez5 led off the inning by grounding out to second, and pinch-hitter (and lefty) Tim Hyers singled was thrown out trying to stretch it into a double. Roberts’s two-out single brought up Gwynn again. In two prior at-bats against Powell, Gwynn had grounded into a double play and struck out swinging.6 But this time, he pulled a 1-and-0 pitch to right field for his third hit of the day, raising his average to .393795.

After the game, Gwynn reflected on his chase, and the bigger picture. “People look at this as individuals not having a chance to break records … but guys have sacrificed careers to make things better for a lot of young baseball players. … As far as I’m concerned, getting an agreement is more important than hitting .400.” He added: “I’m kind of upset I’m not going to get those extra six points. But I’ve done everything I wanted to offensively this year.”7

As it turned out, the strike ended the season, cancelled the playoffs and World Series, and lasted until early April the following year, shortening the 1995 season as well. The record books showed that Gwynn captured his fifth batting title in 1994 at .394.

Years later, Gwynn told his son, Tony Gwynn Jr., that he believed he would have reached .400 had the 1994 season continued.

Said the younger Gwynn, “It never came up until he retired. [T]hat’s when he was more open to talk about it and more open to admit that he thought he would have actually done it. … We had that conversation a few times, and I got him to the point where he was like, ‘I’m positive that I would have hit .400.’ ”8

In addition to the Sources cited in the Notes, this article relied on the Baseball-Reference.com and Retrosheet.org websites for pertinent material and the box scores noted below.

1 Years later, Chris Gwynn said his brother wasn’t concerned so much with the on-the-field task but potential off-the-field distractions. “What he was worried about was how he was going to handle the media … As he got closer, the media attention was going to go through the roof. He was starting to let his mind figure out how he was going to do it. I don’t know if he said that out loud, but you could just tell. He was trying to stay in the moment.” Kirk Kenney, “.394 – It’s Been 25 Years since Strike Wiped out Gwynn’s Chance to Hit .400,” San Diego Union-Tribune, August 10, 2019, https://www.sandiegouniontribune.com/sports/padres/story/2019-08-10/394-its-been-25-years-since-strike-wiped-out-gwynns-chance-to-hit-400.

2 The author used the “Head to Head: Individual Plate Appearances” search function on Stathead.com to identify games meeting this description.

3 The author used the “Head to Head: Individual Plate Appearances” search function on Stathead.com to identify games meeting this description.

4 Donnels was manning first base in place of Jeff Bagwell, who had suffered a broken hand from an errant pitch by Andy Benes the day before. Like Gwynn, Bagwell was chasing a hallowed record, as his .750 slugging percentage to that point in the season was only six points lower than the NL record set by Rogers Hornsby in 1925. Bagwell was also sitting on 39 homers at the time, giving him an outside shot at the single-season homerun record.

5 On December 28, 1994, Gutierrez was one of the players involved in one of the largest trades between two teams, in terms of number of players exchanged, in pro baseball history. Coincidentally, the Astros were the other team involved in what would end up being a 12-player deal. The Padres sent Gutierrez, Derek Bell, Doug Brocail, Pedro Martinez, Phil Plantier and Craig Shipley to the Houston Astros for a player to be named later (Sean Fesh), Ken Caminiti, Andujar Cedeno, Steve Finley, Roberto Petagine and Brian Williams.

6 The author used the “Head to Head: Individual Plate Appearances” search function on Stathead.com to identify games meeting this description.