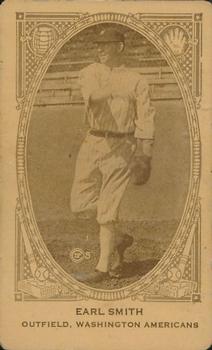 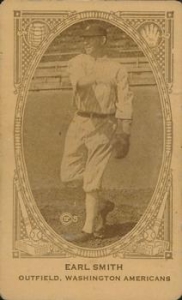 The teams that met at Chicago’s Comiskey Park on August 21, 1921, seemed to be heading in opposite directions. The Washington Senators were on the rise, enjoying a winning season and responding well to a new ownership group headed by majority owners Clark Griffith and William Richardson and a new manager, George McBride.

The Chicago White Sox, by contrast, appeared to be a dead ballclub, following the suspension and then lifetime ban of eight of its ballplayers, including the great Shoeless Joe Jackson. They owned a 49-65 record and were in seventh place in the American League standings.

The respective fortunes of the Senators and White Sox in August 1921 would have been hard to believe two years to the day earlier, when they met at Comiskey Park on another hot afternoon. The White Sox were on their way to the 1919 American League pennant; the Senators were in seventh place and were a laughingstock, especially when they committed six errors in the White Sox’ 11-4 win that day. “The White Sox have every essential of a championship baseball team,” Griffith, who managed the Senators in 1919, said after the game. “They have a whirlwind attack, a wonderful defense, and every move they can make is directed by keen baseball brains. They lead the league in hitting, fielding, and everything else.”1

The White Sox were expected to win the World Series that fall but lost to the Cincinnati Reds. Shortly before that World Series, Senators first baseman Joe Judge and Brooklyn Robins pitcher Rube Marquard were down by the rail at a New York racetrack when someone approached Marquard and said, “If you’d like to make some money, bet everything you’ve got on Cincinnati to win the first two games.” Marquard stared at the guy for a moment before responding. “You’re nuts,” the pitcher said. “The White Sox are the best team in the country.” Then the two ballplayers walked away. “Who was that guy?” Judge asked Marquard. “It’s Arnold Rothstein, a gambler,” replied Marquard. “You realize what he is telling us? He is telling us that the world series is fixed,” said Judge. “You’re crazy, Joe,” said Marquard. “There is no way to fix a ball game.”

Judge went back to Washington and told Griffith, who told him the same thing that Marquard had told him: “You’re crazy.” A few days later, after the White Sox lost the first two games of the World Series, Judge was surprised to see Griffith in Washington. “I thought you went to the world series?” asked Judge. “I was at the first game,” replied Griffith, who said he had seen enough to convince him that the World Series was not on the level.

“The whole story did not break until the following fall,” Judge later said. He also recounted how during the 1920 season, some of the White Sox had spread stories about striking oil.2

When the story finally broke, eight Chicago players were indicted and then banned for life, and with that the White Sox franchise was forced to rebuild. They did have some good players to build around, like second baseman Eddie Collins, catcher Ray Schalk, two good pitchers in Dickey Kerr and Red Faber, and two promising outfielders in Bibb Falk and Johnny Mostil. And they still had Kid Gleason to manage the team.

Gleason wasn’t giving up and neither were his players. He admitted as much during spring training in 1921, after assuring the sportswriters that the eight banned players, known as the Black Sox, would never again wear a White Sox uniform while he was the team’s manager. “It is a young hustling club, full of vim and ambition and the determination to wipe out the effects that the indicted players handed to this club,” Gleason continued. “Don’t pity us; just watch us.”3

But the White Sox were struggling by the time the Senators visited them for a three-game series in late August. Still, they battled Washington for 13 innings before losing 1-0 in the series opener on August 20.

An afternoon later, left-hander George Mogridge was on the mound for the Senators against Chicago righty Roy Wilkinson. Mogridge, who had come to Washington from the New York Yankees in a December 1920 trade, entered the game with a 13-9 record for the season so far.

The White Sox came close to breaking the ice in the second, when Falk connected with a Mogridge curveball4 and hit a high fly ball to right field that seemed to be ticketed to clear the barrier. But the wind knocked it down; Washington right fielder Earl Smith backed up to the fence and made the catch for a long out.

With one out in the top of the third, Smith, who was in the starting lineup because Washington’s regular right fielder, Sam Rice, was out with a sprained ankle,5 came to the plate. Rice was hitting .332 and ranked fifth in the American League in hits and second in steals,6 but Smith was picking up the slack. In six games since assuming the starting role, Smith had gone 8-for-27. (He quickly cooled off and was dropped to seventh in the batting order before being benched when Rice returned to the starting lineup on August 27.)7

Smith singled but was erased on a fielder’s choice by Bucky Harris. Judge followed with a single to put runners at the corners. Then Bing Miller hit a grounder to third baseman Eddie Mulligan, who fielded the ball and threw to first baseman Earl Sheely; first-base umpire Frank Wilson called an out, apparently ending the inning. But Wilson changed his call to safe when he saw Sheely drop the ball.8 Harris crossed home and his run counted for a 1-0 Senators lead.9

Bing Miller was at the plate in the top of the fifth and drilled a line drive down the left-field line. Falk ran hard and made a gallant effort but missed the catch. The ball rolled to the flagpole in the left-field corner, and by the time it was retrieved and sent back to the infield, Miller was on third with a triple. Clyde Milan followed by drilling one past White Sox shortstop Ernie Johnson to score Miller for a 2-0 Washington lead.

In the top of the seventh, Smith laced his fourth consecutive hit, and then with the help of the next batter, Bucky Harris, successfully attempted a hit-and-run. Harris hit the ball to the spot that White Sox second baseman Eddie Collins vacated to cover the second base bag, and this put runners on the corners. Joe Judge followed with a sacrifice fly to score Smith for a 3-0 Washington lead.

Meanwhile, the White Sox hitters were having no success against Mogridge, who “south-pawed and side-armed the White Sox out of business.”10 Mogridge had allowed just three hits through the first seven innings. He allowed three more hits in the last two innings but closed out the 3-0 shutout for his 14th win of the season. Going back to their August 19 game against the St. Louis Browns, Senators pitchers had thrown 27 scoreless innings in a row.

Shortly after the win over the White Sox, the Senators went into a slump but rebounded to win 11 of their last 12, finish with a season record of 80-73, and inflate hopes for an even more successful 1922 season. The White Sox finished seventh with a 62-92 record, but under the tutelage of Gleason, became the AL’s biggest surprise during the first half of the 1922 season.

7 For Smith, 1921 was a season he would be remembered for as the one who threw the ball that kayoed manager McBride. During pregame warmups before the Senators game on July 27, Smith heaved a ball from the outfield that accidentally hit McBride, who was standing in the infield. The manager was believed to be okay, but the next day it was reported that he was suffering from dizziness and more seriously injured than first believed. Still suffering from the blow to the face, McBride was unable to travel with his team, and veteran outfielder Clyde Milan took over as skipper in McBride’s absence.