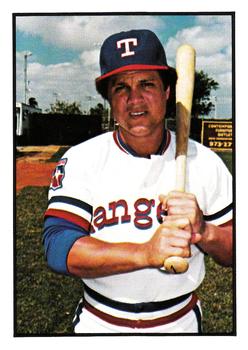 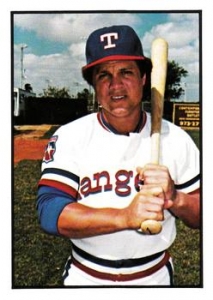 If one were to rate the excitement of various baseball plays, inside-the-park home runs (IPHR) would most likely rank very near the top. One of the game’s longest-fused events, thanks to the batter’s 360-foot trip around the diamond, IPHRs have an evergreen presence in highlight and blooper reels alike with dramatic elements like misplays or collisions between outfielders, balls caroming away from fielders, and speedy runners circling the bases.

In the early days of the game, ballpark dimensions were larger, batters weren’t as strong, and the bats themselves weren’t fine-tuned for distance upon impact. Thus, “over-the-wall” homers were rare, but IPHRs were relatively common.

In 1977 the second iteration of Yankee Stadium was in its sophomore season of existence following the comprehensive renovation and retrofit that had displaced the Yankees to Shea Stadium for two seasons. While the original “House That Ruth Built,” which opened in 1923, had vast dimensions from left-center to dead center to right-center (451 feet, 449 feet, and 407 feet respectively as of 1937, when permanent concrete bleachers and the grandstand were completed),1 the newly remodeled stadium was a bit more forgiving (419, 417, and 385 feet respectively). From 1937 through 1975, there had been 84 IPHRs at the Stadium, with as many as six in one season.2 Fleet-footed Mickey Rivers achieved the only IPHR at the “new” Stadium in 1976, and none had been hit in 1977, until August 27, when history was made.

A crowd of 33,179 showed up on that sunny Saturday afternoon to watch the surprising (and somewhat combative) Texas Rangers take on the Yankees. The Rangers, perennial also-rans, came into the game at 71-56, only four games out of first in the American League West. Their skipper was Billy Hunter, who happened to be the fourth manager of the team that year.

The first manager, Frank Lucchesi, was sent to the hospital with broken bones after getting punched by disgruntled infielder Lenny Randle in late March. Lucchesi returned for the regular season but was canned after starting the year 31-31. After two interim managers, Eddie Stanky (one game … a win) and Connie Ryan (six games … going 2-4), piloted the squad, Hunter took over and had Texas playing better ball, winning 37 of the next 58 games with him at the helm.

The Yankees stood at 76-51, winners of four straight and with a three-game lead in the AL East. Billy Martin was in his second season in charge, having secured the club’s first pennant since 1964 the year prior.

Behind solo home runs in the first, fourth, and fifth innings, by Mike Hargrove, Bump Wills, and Bert Campaneris respectively – all of which cleared Yankee Stadium’s fences – the Rangers chased Yankees starter Mike Torrez in the fifth. Torrez had silenced the Texas bats with a four-hitter in an 8-1 complete-game victory eight days previously.

Meanwhile, Texas starter Bert Blyleven was spacing four walks and four hits, including solo homers by Bucky Dent and Graig Nettles, across his first six innings, resulting in a 4-2 Rangers lead as the top of the seventh arrived. Torrez had been relieved by rookie Ken Clay, who was now working in his third inning, having allowed three walks (one intentional) and no hits over his first two frames.

Perhaps Clay was running out of gas, as he had pitched three-plus innings in relief less than 24 hours before. He got leadoff man Claudell Washington to ground out to second. Willie Horton then singled to center and Sandy Alomar ran for him. Dave May also singled to center, with Alomar stopping at second. Then things got … weird.

Toby Harrah stepped up to the plate. Harrah had good speed and power, collecting 19 homers and 18 stolen bases to that point in the season. Harrah got hold of an offering from Clay and drove it to the right-field wall.

Lou Piniella raced back to the wall and leaped against the padding, crashing into the wall. The ball tipped off his outstretched glove, struck the wall and bounded back toward the infield. Piniella, stunned by the impact with the wall, fell to the ground and lay motionless while Harrah raced around the bases for a three‐run homer. After some medical attention, Piniella stayed in the game.

With the Rangers now ahead 7-2, Clay faced rookie second baseman Wills. Wills was blessed with some of the speed of his famous father, Maury Wills, who led the National League in stolen bases for six seasons in a row in the 1960s.

Bump Wills laced Clay’s first pitch high and deep to center field. Rivers initially turned the wrong way in chasing the ball. After a prolonged sprint to make up for his errant turn, he finally reached it with his back to the infield, but the ball deflected off his glove toward left center. Wills scampered around the diamond for a home run, his second of the game and ninth of the season. It turned out to be the team’s fifth of a then-club-record five homers and capped the scoring in an 8-2 Rangers win.

The back-to-back inside-the-park homers were only the second such instance in history and possibly the first on successive pitches. On June 23, 1946, Marv Rickert and Eddie Waitkus of the Chicago Cubs pulled off the feat, victimizing Nate Andrews of the New York Giants at the Polo Grounds.3

The Yankees recovered from that embarrassment, finishing the season winning 24 of the last 34 and capturing the division by 2½ games over the Boston Red Sox. They spotted the Kansas City Royals a two-games-to-one lead in the American League Championship Series before taking Games Four and Five, then subdued the Los Angeles Dodgers in six games for their first World Series title since 1962.

The Rangers would end the year with their best record in franchise history at 94-68, but it was only good enough for a distant second-place finish behind the Royals in the American League West.

Clay went on to pitch ineffectively for the Yankees through mid-August of 1980 before being dealt, coincidentally, to the Rangers. Harrah finished the 1977 season with career highs in homers (27) and stolen bases (27) and played for 10 more years, including a season with the Yankees in 1984. Wills came in third in the vote for American League Rookie of the Year, but never quite produced at the same level again and was done at age 29.

In addition to the sources cited in the Notes below, the author also consulted Baseball-Reference.com and Retrosheet.org for relevant information.

3 Pitch data is not available for this game, so it’s difficult to determine if Waitkus’s and Rickert’s homers were on successive pitches.