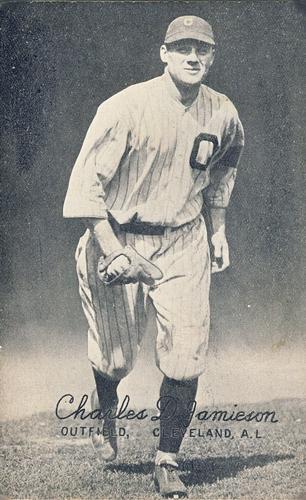 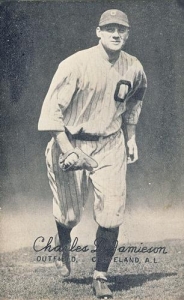 In the early twenty-first century, a significant portion of the action within professional baseball games consolidated around three basic results for any plate appearance: walks, strikeouts, and home runs.

Baseball fans and analysts following this development labeled it the “Three True Outcomes” (TTO). “True” because walks, strikeouts and homers – in contrast to, say, around-the-horn double plays or line-drive singles to center – do not involve the defensive team, other than the pitcher or catcher.

If you think about all the games you’ve watched either in person or on television, you’ll be extremely hard-pressed to come up with a contest in which at least one of the “three true outcomes” did not occur at least once. In fact, you’d have to go back to the 1920s to find the last major-league game in which not a single TTO plate appearance took place, one of only two such games in history.2

On Thursday afternoon, August 28, 1924, the Cleveland Indians (57-67) hosted the Chicago White Sox (52-68) in a doubleheader. The recent glory days of both squads had passed. The Indians won the Series in 1920 and followed with a 94-win campaign in 1921 but fell back to the middle of the American League standings in the following years, playing roughly .500 ball.

The White Sox had their scandal-ridden 1919 World Series team, then a 96-win season in 1920 (coming in second to the Indians when the members of the Black Sox were suspended just before the final series of the regular season). However, they fell back to a .500 squad in the following years. For 1924, both teams were floundering near the bottom of the AL.

Chicago had first baseman Earl Sheely, second baseman Eddie Collins, and outfielders Johnny Mostil, Bibb Falk, and Harry Hooper producing the vast majority of the offense (they would all finish the year batting at least .320), but the rest of the squad was subpar offensively. On the pitching side, they would end up dead last in the league in earned-run average, with right-hander Sloppy Thurston being the lone bright spot as a 20-game winner.

The team had played roughly .500 ball through July (47-51), but fell apart in August, losing 17 of 22 coming into the day. They had just come from Philadelphia, having split a twin bill the day before. So they were dispirited and tired.

The Indians weren’t in great shape either. Their offense, led by outfielders Tris Speaker and Charlie Jamieson as well as first baseman George Burns and shortstop Joe Sewell, was enigmatic; they would finish second in the league in team batting average at .298 but only fifth in runs (756). On the pitching side, they would finish near the bottom of the league in every category.

They were also consistently mediocre … a 5-6 April record was followed by a 9-15 May, a 17-12 June, and a 15-20 July. They came into Thursday’s contests with an 11-14 record in August and had also arrived in Cleveland after playing a doubleheader in New York the day before.

So you had two lackluster, weary squads playing out the string on a Thursday afternoon in August. Was there anything to look forward to? Well, the White Sox were starting their ace Thurston, and the Indians were countering with righty Sherry Smith, who came into the game with a 10-10 record for a team 10 games under .500. Perhaps a pitching duel would take place.

Finally, Dunn Field – known as League Park for most of its tenure hosting major-league baseball between the 1890s and 1940s – was not a good park for home runs. According to the Ballparks Database at Seamheads.com, the park factor for home runs at Dunn Field in 1924 was only 64 – a league average park is 100.3 The only two AL parks that were more difficult to hit a homer in were Fenway Park and Griffith Stadium. In raw numbers, the Indians hit only 13 home runs at home and 28 away. They allowed only 18 homers at home, compared with 25 away.

As for the game itself, Smith yielded a one-out single to Mostil in the top of the first but escaped unscathed. Thurston wasn’t so lucky. Jamieson led off the bottom of the inning with a single to center, and right fielder Sumpter Clarke advanced him to second on a groundout. Speaker then tripled Jamieson in. After a Sewell fly out to left, catcher Glenn Myatt singled Speaker home for a 2-0 Indians lead.

Things progressed uneventfully for the next 2½ innings. There were singles, double plays, a runner caught stealing, and a few pop flies and groundouts in various directions. What there wasn’t was any homer, walk, or strikeout.

Sewell doubled to lead off the bottom of the fourth, and Myatt sacrificed him to third. First baseman Frank Brower singled to right, scoring Sewell for a 3-0 lead. Second baseman Riggs Stephenson then singled to right, with Brower coming around to score, as White Sox right fielder Roy Elsh tried to nail Brower at third and the throw was off-line for an error.

The resulting 4-0 Indians lead continued through the fourth, fifth and sixth innings. Again, there was an amalgam of singles, lineouts, fly balls, and the like. But the scorecard still showed no walks, strikeouts, or homers as they hit the seventh-inning stretch.

The bottom of the seventh featured a one-out single by Jamieson, who stole second. Speaker singled him home one out later for a 5-0 Cleveland lead. The top of the eighth gave us the closest thing to a home run for the day, as White Sox left fielder Bill Barrett doubled to deep left-center. Cleveland tacked on two more runs in the bottom of the frame on a single, an RBI double, and a run-scoring groundout.

With the Indians holding a 7-0 lead, Smith came out for the top of the ninth. Sheehy flied to left. Elsh singled to center and third baseman Willie Kamm grounded into a force out. Shortstop Ray Morehart singled Kamm to second and then catcher Ray Schalk ended the affair by flying out to right. Ballgame … Cleveland 7, Chicago 0.

A total of 71 men came to the plate, with the teams combining for 21 hits, including three doubles and a triple. Each team made two errors. There was one double play, one stolen base, and one caught stealing. But there were zeros for both teams in the columns for walks, strikeouts, and homers.

It was only the second time in the Retrosheet era (1901 to present) that the TTO ledger was blank for both teams in an entire game, and given the way the game is played now, it is likely the last such contest.4

I have been fascinated by the “Three True Outcomes” phenomenon since the 1990s. I explored the TTO’s history in an article published in the Spring 2018 edition of SABR’s Baseball Research Journal:

It all started as a lark. Back in the mid-1990s, during the internet’s infancy, Usenet bulletin boards were the virtual water coolers we all gathered around to discuss our favorite topics. Over on the rec.sport.baseball board, Christina Kahrl and a bunch of like-minded individuals were marveling over the statistical quirks of Rob Deer. Deer had the unusual ability to not put the ball in play. At a time when about a quarter of all plate appearances ended in a walk, home run, or strikeout, Deer managed that outcome nearly half the time.

The members of the Usenet board organized a “Rob Deer Fan Club” and, as Kahrl says:

We basically trolled people over how this was a guy playing the game the right way, because he was generating runs and avoiding double plays. I wrote a silly Conan/Robert E. Howard sort of backstory about how “The Deer” was inspired by the “ur-Deer” (Gorman Thomas, of course), and since we were already steeping it in our semi-ridiculous absolute faith in our hero, I referred to his delivering “the Three True Outcomes.”5

This article was fact-checked by Bill Panageas and copy-edited by Len Levin.

2 The author’s search of the “Team Pitching Game Finder” function of Stathead.com on April 17, 2022, for games in which both teams had no home runs allowed, no walks allowed, and no strikeouts recorded revealed this game and the June 30, 1922, game between the Brooklyn Robins and Boston Braves.

4 That day’s TTO-less streak extended only until the third batter of game two of the doubleheader, as second baseman Eddie Collins of the White Sox drew a two-out walk in the top of the first. In fact, game two saw the teams combine for 16 walks and 10 strikeouts.