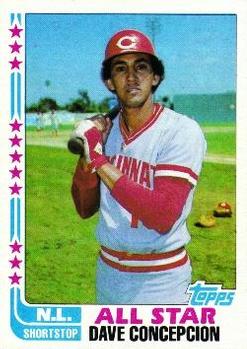 The 53rd major-league All-Star Game was the first midsummer classic played outside of the United States, and this landmark game paid tribute to both the global nature of the sport and the proud history of professional baseball in Montreal.1 The two-day celebration had a distinctly international flair that went well beyond the public-address announcements in both French and English. Pregame festivities culminated with 13 simultaneous first pitches from an impressive array of legendary baseball figures from around the world, including Juan Marichal, Orlando Cepeda, and Luis Aparicio.2

One of the most significant events in Montreal baseball history occurred in 1946 when Jackie Robinson broke into professional integrated baseball with the Triple-A Montreal Royals of the International League, and the All-Star Game served to highlight the city’s role in his quest to break the MLB color barrier. In a televised pregame interview with Howard Cosell, Jackie’s widow, Rachel, spoke of the warm reception the pair were given by Montrealers upon their arrival in the city. “The love that we took from Montreal really sustained us in the more difficult days when we didn’t have that kind of support, and so coming home to Montreal to me is coming back to really the birthplace of my belief in brotherhood,” she said.3 Rachel received a warm round of applause from the fans during a midgame ceremony in which she was escorted onto the field by Pee Wee Reese, Jackie’s close friend and captain of the Brooklyn Dodgers.

Canadian Prime Minister Pierre Elliott Trudeau, wearing his trademark white jacket with a red rose in his lapel, watched the game from behind home plate in a seat between Commissioner Bowie Kuhn and former Commissioner A.B. “Happy” Chandler. Both the prime minister and Chandler had a link to minor-league baseball in Montreal. Trudeau’s father, Charles-Émile, once owned the Montreal Royals, while Chandler, who was commissioner from 1945 to 1951, provided the vital support that allowed Robinson to play for the Royals.4

The National League came into the evening having won 10 consecutive All-Star Games; the American League hadn’t been victorious since a young Reggie Jackson launched his famous home run off the light standard at Tiger Stadium in 1971. The junior circuit was intent on breaking the streak in the 1982 game. “I never took the All-Star Game that seriously until a few years ago,” recalled AL manager Billy Martin. “I got tired of hearing how the National League was winning and how serious the game had become.”5

The rosters featured 19 future Hall of Famers, including Gary Carter, Andre Dawson, and Tim Raines from the Montreal Expos.6 The trio, along with veteran right-hander Steve Rogers, were penciled into the starting lineup, giving Montreal the most starters in the game.7 A fifth Expos representative, first baseman Al Oliver, was named as a reserve.8

The two young speedsters hitting first for their respective leagues, 23-year-old Rickey Henderson and the 22-year-old Raines, would eventually be considered the two best leadoff hitters of all time, and the 1982 contest was the only time in their lengthy careers that the duo started and batted leadoff in the same All-Star Game. During the pregame introductions, Raines made a point of walking over to the American League side and shaking Henderson’s hand. National League manager Tommy Lasorda, a star pitcher for the Montreal Royals from 1950 to 1960, was given a nice ovation from the crowd when he was introduced, despite having led the Dodgers to a heartbreaking NLCS victory over the Expos nine months earlier.

Twenty-seven-year-old Dennis Eckersley of the Boston Red Sox was tabbed by Martin as the American League starter. Rogers, who was having a career-best season that would see him win the National League ERA title, became the first pitcher to start an All-Star Game at home since Whitey Ford did it in 1960. “To be on the mound, starting in front of 60+ thousand [sic] in Olympic Stadium, that was one of the highest highs,” Rogers remarked years later. “They were stone-cold crazy that day, screaming.”9

Rogers struggled to maintain his composure on the mound in the first inning. Two of the first three batters, Henderson and George Brett, reached on singles, and then Rogers uncorked a wild pitch on a breaking ball to Jackson that moved the runners up to second and third with one out. Mr. October then stroked a deep fly ball to Dawson in center field that easily scored Henderson and staked the American League a 1-0 lead. Cecil Cooper followed with a Baltimore chop single to move Brett to third, but Rogers ended the inning by striking out Robin Yount on a 3-and-2 fastball. “I’ll have to admit that I was charged up after the reception we received,” said Rogers after the game. “The welcome from the home fans was what we expected but it shook me a little.”10 He would settle down and cruise through the next two innings, easily retiring six of the seven hitters he faced.

After setting down the first five batters to start his night, Eckersley walked the National League home-run leader, Dale Murphy, with two outs in the bottom of the second inning. With the count 1-and-1 to Dave Concepción, Carlton Fisk called for a slider low and away; instead, Eckersley hung the pitch up and in, and Concepción turned on it, pulling the ball just inside the left-field foul pole for a home run that put the NL up 2-1. It was a surprising turn of events considering that the Cincinnati shortstop came into the game with only one round-tripper for the season.

Ruppert Jones smacked the first pitch from Eckersley in the bottom of the third off the right-center-field wall; the ball bounced back sharply toward the infield and the 36-year-old Jackson hustled to run it down and limit the fleet-footed Jones to a triple. After a walk and stolen base by Raines, Pete Rose hit a fly ball to medium deep right-center field that narrowly brought Jones home ahead of the throw from Jackson. Raines ended up being stranded on the basepaths, and the National League held a 3-1 lead after three complete innings.

The sixth inning provided ample proof that both sides were playing for keeps. In the top of the frame, Dave Winfield broke up a double play by leaving the baseline to deliver a hard slide into Steve Sax that sent the second baseman flying, and Sax was charged with an error after his throw sailed into the NL dugout. That half inning also featured a pinch-hit appearance by 42-year-old Carl Yastrzemski, who was playing in his 17th midsummer classic and was the oldest nonpitcher to play in an All-Star Game.11 The fans saluted Yaz with a standing ovation prior to what was the only plate appearance he would ever make in Montreal.12 He ended the inning by striking out swinging on a high fastball from Mario Soto.

Oliver, the NL batting leader with a .321 average, opened the bottom of the sixth inning with a Baltimore chop double over the head of third baseman Buddy Bell. Henderson overran the ball and it rolled all the way to the fence, allowing Oliver to go into third standing up. Two outs later, Carter drove his teammate home with a line-drive single to center field, putting the National League up 4-1. Tony Peña ran for Carter and narrowly stole second base on a close tag play. Martin, perhaps trying to fire up his troops, came out of the dugout to argue the call with second-base umpire John McSherry. After Murphy grounded out to end the inning, Lasorda could be seen fist-pumping and clapping enthusiastically in the dugout in response to his team’s three-run margin.

The American League brought the potential tying run to the plate three times in the late innings, but, as had happened so often in the previous decade, they couldn’t get the big hit when they needed it. Soto struck out Willie Wilson and Bell to end a threat in the seventh inning, and with two outs in the eighth, Ozzie Smith made a stellar defensive play on a chopper over the head of reliever Greg Minton to strand two more baserunners. The junior circuit went down quietly in the ninth inning, giving the National League its 11th consecutive victory and 19th win in 20 years.13

Rogers earned the victory, becoming the first starting pitcher to win an All-Star Game at home since Johnny Vander Meer turned the trick in 1938 at Cincinnati’s Crosley Field.14 Concepción, who clubbed the game-winning home run and turned a nifty double play in the fifth inning, was named the game’s Most Valuable Player. “I’ve been in the National League for 13 years and I’ve played on four World Series teams,” declared Concepción. “But I would have to put winning this award as one of my biggest thrills.”15

In addition to the sources cited in the Notes, the author consulted Baseball-Reference.com and Retrosheet.org. Video of this game is available on YouTube at youtu.be/loTK8sD_Vyo.

3 Howard Cosell’s interview of Rachel Robinson was included in the ABC broadcast of the game, which can be found at youtu.be/loTK8sD_Vyo.

6 As of 2018, the rosters included 12 American Leaguers and 7 National Leaguers who were future Hall of Famers.

7 The California Angels would have had four starters were it not for an injury to Rod Carew. Reggie Jackson, Bobby Grich, and Fred Lynn were the three remaining Angels in the starting lineup.

11 Satchel Paige pitched in the 1953 All-Star Game at age 47. A 44-year-old Pete Rose broke Yastrzemski’s record by becoming the oldest nonpitcher to appear in an All-Star Game, in 1985.

12 Boston was the closest major-league city to Montreal, so a significant number of Montreal baseball fans cheered for the Red Sox before the Expos made their debut in 1969.

13 The American League finally broke the National League’s streak of dominance with a 13-3 thumping of the senior circuit in the 1983 All-Star Game.

14 Johnny Vander Meer’s win in the 1938 All-Star Game came exactly three weeks after he pitched the second of his back-to-back no-hitters.