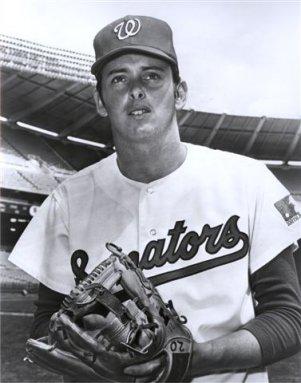 The summer of 1969 was a loud summer, but the loudest blast was from the rocket that sent three men to the moon and back. With so much to write about during that eventful summer, author Roy Hoopes focused on his hometown team and wrote a picture book about Ted Williams and the 1969 Washington Senators, titled What a Baseball Manager Does. In one section, titled “A Typical Hard Day’s Night in the Life of a Manager,” the author described a game played on Monday night, July 14, 1969, at RFK Stadium between the Detroit Tigers and Washington Senators. The author’s son, Spencer, who assisted in the creation of the book, said he attended about 45 games that season, but, “No, I do not remember that game.”1

On the morning of the game the nation’s capital was buzzing over the “Amazing Nats.”2 A team that had finished last in the 1968 American League pennant race, the 1969 Senators, with virtually the same roster, were three games over .500 after a doubleheader sweep the day before over the New York Yankees and were in fourth place, just 2½ games behind the third-place Boston Red Sox and 3 games behind the second-place Detroit Tigers, the defending World Series champions.

Unlike the Amazing Nats, the 1969 Detroit Tigers were having a frustrating campaign. Although in second place, in the American League East, the Tigers were in disarray. Expected to be in the thick of the 1969 pennant race, they were 13 games behind the first-place Baltimore Orioles. To add to the team’s headaches, Denny McLain, the league’s best pitcher, who had been scheduled to start on this day in Washington, was sidelined after undergoing arm treatment that morning at Detroit’s Ford Hospital. According to the Detroit Free Press, McLain was suffering from phlebitis, an inflammation of a vein. Other Tigers were sidelined: catcher Bill Freehan and slugging outfielder Willie Horton were out with muscle pulls; starting second baseman Dick McAuliffe, possibly out for the season, was due to enter Ford’s hospital to undergo treatment on his injured right knee; the team lacked a reliable everyday third baseman; longtime superstar Al Kaline was beginning to show signs of age. “But it has been the inability to set up a steady rotation that has hurt (the Tigers) most of all,” wrote Detroit Free Press sportswriter George Cantor.3

Washington’s starting pitcher was Joe Coleman, and that meant trouble for Detroit, for the 22-year-old Coleman owned a 5-0 career record against Detroit. “He throws a tough forkball,” said Al Kaline. “It breaks almost like a curve. I know he has always been tough on us.”4 And Coleman was coming off a big win after a slow start to the season. Five days before, he had allowed just four hits in a shutout win over the Cleveland Indians. That pleased Washington manager Ted Williams, who had earlier in the season had tabbed the youngster as one of his “biggest disappointments.”5 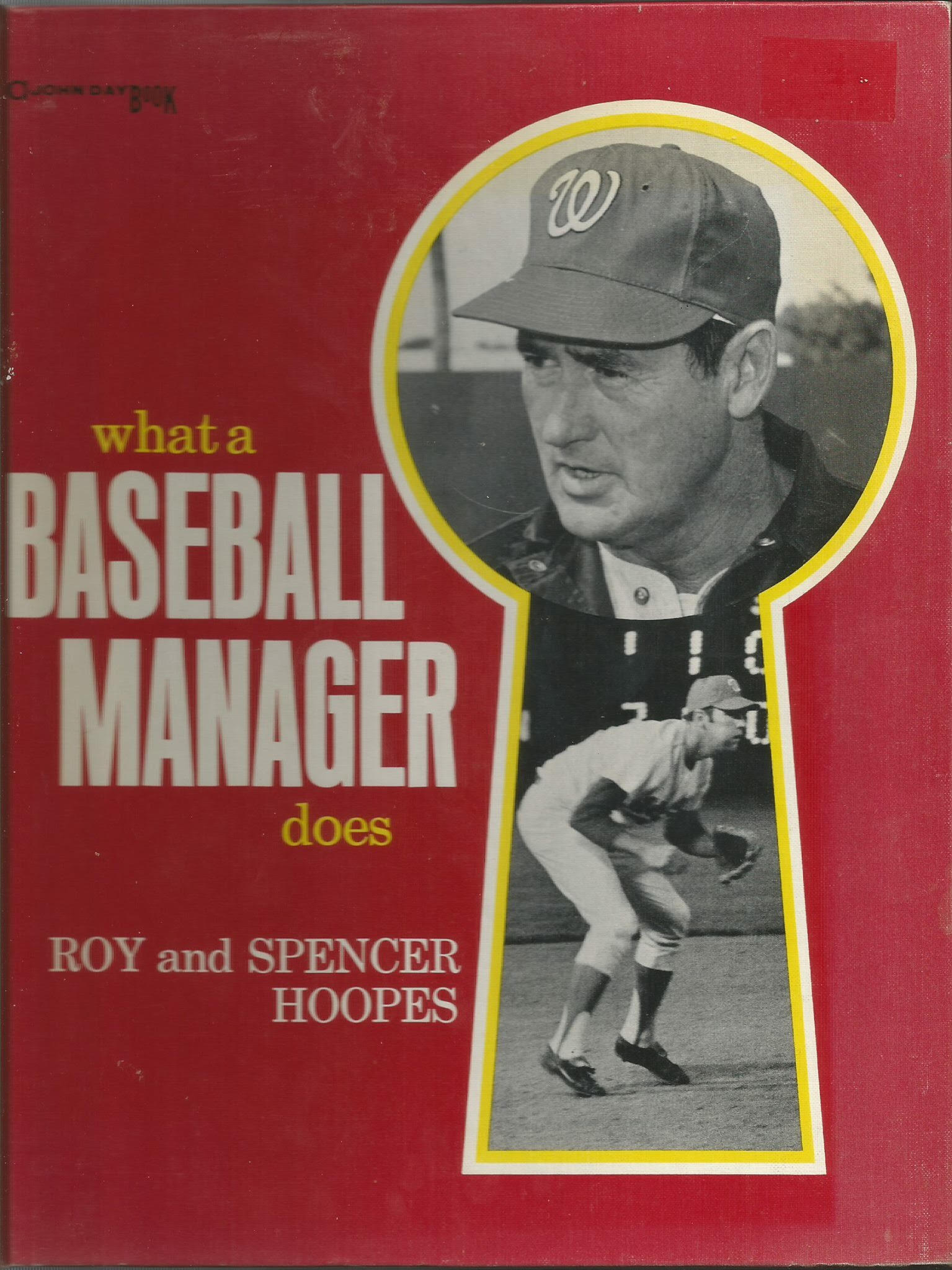 Coleman began the game by walking Mickey Stanley, but then retired the next three in order. Washington center fielder Del Unser led off the bottom of the first against Detroit starting pitcher Joe Sparma, filling in for the injured McLain, with a single, but then the next two batters, Ed Stroud and Frank Howard, made outs. Mike Epstein, batting fourth for Washington, brought the crowd to their feet with a long drive that was caught by Kaline in deep right field to retire the side.

Both teams went down in order in the second inning. In the bottom of the third the Senators went to work. After catcher Jim French walked, pitcher Coleman, batting .093 for the season, came up to bat in an obvious bunt situation. But Ted Williams decided to gamble instead of playing by the book. When Washington third-base coach Wayne Terwilliger looked to his dugout for the bunt sign, manager Williams looked intently at the scoreboard. “I knew they would be expecting the bunt,” Williams said after the game. “So I wanted Joe to swing at the first pitch. I knew he could hit.” Before stepping into the batter’s box, Coleman looked to Terwilliger, expecting to see the bunt sign. “When I didn’t see the bunt sign, I’d wondered if I’d missed it,” Coleman said later.6

Tigers first baseman Norm Cash and third baseman Don Wert charged toward the plate in anticipation of the expected bunt. But Coleman swung away and connected, hitting a drive into the right-field corner for extra bases. Jim French, the runner on first, circled the bases and crossed the plate for the game’s first run, while Coleman stopped at second with a double. “Atta boy, Joe!” Williams yelled from the dugout.7

In the next inning the Senators added two more runs. Sparma walked the first batter, second baseman Bernie Allen. Then shortstop Tim Cullen doubled to left-center and Jim French drew another walk to load the bases with nobody out. Walks to Coleman and Unser extended the lead to 3-0, and that was all for Sparma, who was replaced by Tom Timmerman.

Timmerman had quite a fire to extinguish. His team was down, 3-0, the bases were loaded with nobody out, Frank Howard was on deck and Mike Epstein was due up after Howard. But Timmerman did the job, getting Ed Stroud to ground into a force play at home, striking out Howard, and getting Epstein on a grounder to second.

That closed out the scoring for the Senators. Daryl Patterson and Fred Lasher held them to one hit over the remaining four innings. The Senators drew five walks off the two relievers and loaded the bases on two walks and an error in the eighth, but were unable to put the game away. The good news for the Senators was that Detroit continued to struggle against Coleman. One Washington sportswriter noted that Jim French “called for Joe’s forkball and breaking pitches in the right spots, and Coleman had his fastball to mix with his breaking stuff.”8

In the top of the ninth Coleman began to show signs of fatigue, and the Tigers threatened to break through. “The Detroit half of the ninth inning was a seat grabber and a nail-bitter and nobody was leaving,” wrote a Washington sportswriter. 9 The inning started well for Coleman and the Senators when Tigers outfielder Jim Northrup hit a fly ball for the first out. But then Coleman walked Jim Price and the injured Bill Freehan, being used as a pinch-hitter, singled to put runners on first and third with only one out. A concerned Williams sent his pitching coach, Sid Hudson, to the mound to talk to Coleman, hoping that he could steady the young hurler. As the pitching coach and pitcher talked things over, the crowd, hoping to see Coleman pitch his second straight shutout, began to yell to let the pitcher finish the game. To the satisfaction of the crowd, Hudson headed back to the dugout and Coleman was allowed to keep pitching.

After Hudson left the mound, Tigers third baseman Don Wert, with a .169 season batting average, was able to work the count to 3-and-2. Then the tired Coleman threw a high fastball, which Wert swung at and missed for strike three.

Now just one out away from a shutout win, there was more reason to worry. Tigers skipper Mayo Smith sent Willie Horton up to pinch-hit. Although injured with a pulled muscle, Horton was still a dangerous hitter who had tagged two homers, including a grand slam, in the last series against Washington. In the Washington dugout, manager Williams and pitching coach Hudson worried. Coleman had already thrown 146 pitches.10 Dennis Higgins had been throwing in the Senators bullpen and was ready. But after a discussion, the Washington manager and coach decided to let Coleman pitch to Horton.

Coleman got two strikes on Horton, who foul-tipped the next pitch. Catcher Jim French couldn’t hold on to it, and the Washington fans responded with a loud groan. Then on the next pitch, Horton took a “roundhouse, Roy Campanella cut”11 – and missed for strike three. A loud cheer among the 23,000-plus filled the air, as Coleman completed his second consecutive shutout, another win for the Amazing Nats of 1969. 12

With a won-lost record of 86-76, the Senators finished in fourth place in the strong American League East.

In addition to the sources cited in the Notes, the author accessed the Baseball-Reference.com, and Retrosheet.org websites.

12 It would prove the second of three consecutive shutouts for Coleman who had pitched one on July 9 against the Indians and would throw another on July 19 against the Yankees.