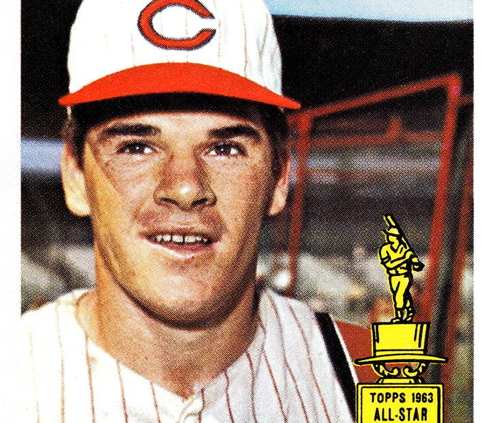 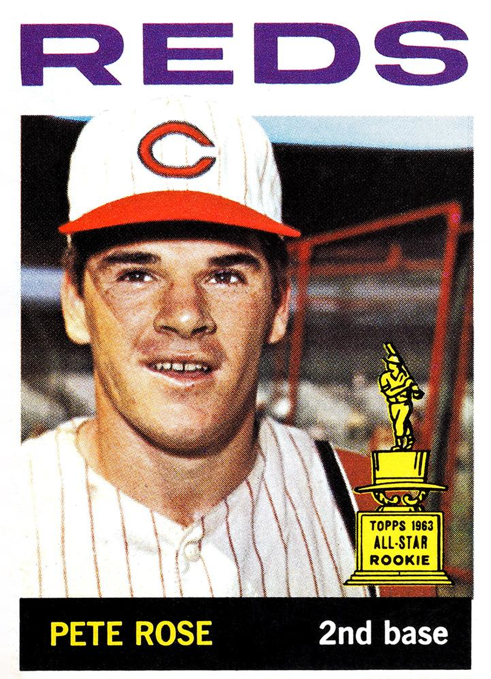 It sounds like the kind of far-fetched scenario you might hear in a barroom bet: “True or false? Two baseball teams once played a game where the pitchers threw seven shutout innings, but the score was 21-17.”

If anyone ever offers you that brainteaser, pick “true,” because it really happened to two teams in the Class D New York-Penn League. On July 3, 1960, the Auburn Yankees and Geneva Redlegs slugged their way to a 17-17 tie after seven innings – and then their bats went cold for six innings until the game was halted for curfew. The game resumed on July 18, when Auburn pushed across four runs in the top of the 15th to claim a 21-17 victory.

The game literally ended the professional career of one of its participants. For four others – Rollie Sheldon, Pete Rose, Tony Perez, and Art Shamsky – it represented an unusual stop on the road toward big-league careers and, eventually, World Series championships.

The pre-holiday matchup at Geneva’s Shuron Park matched two middle-of-the-road teams. Manager Bob Bauer’s Auburn squad, a New York Yankees affiliate, entered the game with a record of 29-29, 8½ games behind first-place Erie. Skipper Reno DeBenedetti’s1 Geneva team, a Cincinnati Reds farm club, was fifth in a six-team league with a 23-29 record, 11½ games back.2 Auburn had demolished the last-place Elmira team 20-5 the previous day, while Geneva had lost to second-place Wellsville, 6-3.

Only one player on the Auburn team, pitcher Sheldon, went on to the big leagues. He did not start on July 3, though news accounts indicate he played as a substitute in the final few innings.3 Sheldon compiled a sparkling 15-1 record and 2.88 ERA at Auburn that season and jumped all the way to the big leagues the following year. Auburn’s starting pitcher was 18-year-old lefty Dave Lenoch, who went 10-10 with a 6.00 ERA in 29 games in his first professional season.

Five players who appeared for Geneva that season reached the majors, and two of them started in the July 3 game – Rose at second base and Shamsky in left field.4 Geneva started second-year lefty John Truex on the mound. He went 4-6 with a 5.46 ERA in 19 games for the Redlegs in 1960.5 Another Geneva starter bore a familiar name: Left fielder Martin Dihigo was the son of the Cuban-born Hall of Famer of the same name. The younger Dihigo played three years of minor-league ball in the United States before returning to Cuba for good in 1962.6

It says something about the game that news stories include no details of the first two innings, in which Geneva took a 3-1 lead. Given all the action in the following five innings, the sports scribes of western New York must have run out of room to write.

Auburn jumped on Truex for five runs in the top of the third, including a double by second baseman Fabio Fiallo, two walks, a wild pitch, a passed ball, a single by catcher Carl Gandza, and a home run by first baseman Bernard “Dutch” Leonard.7 Geneva went quietly in the bottom half – one of only two half-innings in the first seven innings that passed without any scoring.8

Right-handed pitcher Chuck Ebner had played 35 games of Class D ball in 1958 and one game in 1959. He had joined the Redlegs in 1960 for a tryout, and DeBenedetti sent him out to finish the third inning and start the fourth. In the fourth, shortstop Ronnie Retton singled, Fiallo walked, and third baseman Eugene Domzalski homered. Right fielder Jim Thompson drew a walk, left fielder Oscar Pickering doubled, and center fielder Fred Izzolo singled. Leonard reached on a fielder’s choice, pitcher Lenoch was hit by a pitch, and Retton singled in two runs. Ebner was relieved with two out; he had surrendered seven runs, and Auburn had a commanding 13-3 lead.9  He was released the next day and never again pitched at the professional level.10

Geneva picked up two runs in the bottom of the fourth, and each team scored once in the fifth, making the score 14-6, Auburn, going into the sixth. Auburn dented Geneva’s third pitcher, Don Colley, for three hits and two more runs in the top half to reclaim a 10-run lead, 16-6. It was later reported that Colley, a 20-year-old righty, injured his arm during his 3⅓-inning stint on the mound.11

It was Geneva’s turn to erupt in the bottom of the sixth, with starter Lenoch bearing the brunt. With one out, right fielder Ron Flender walked, Dihigo singled, and Shamsky reached on one of Auburn’s two errors.12 Third baseman Rich Veith singled in a run, and first baseman Sam Antcliffe drove in another with a ground-rule double. Shortstop Bruce Montgomery walked. Marv Chalmers, pinch-hitting for Colley, singled in two more runs, and Flender drove in two more. The Redlegs’ rally totaled seven runs, and closed the gap to 16-13.13

Manager DeBenedetti, trying to conserve his pitching staff, put himself on the mound for the top of the seventh. A first baseman and third baseman for most of his playing career, DeBenedetti made seven pitching appearances with Geneva in 1959 and 1960. The Yankees nicked the manager for a walk and one unearned run to make the score 17-13. Errors might have contributed to the run, as the Redlegs made seven of them over the course of the game.

Undaunted, Geneva battled back against rookie Auburn reliever Larry Leuders. Shamsky led off with a home run. Two walks, a hit batsman, and another walk handed Geneva a second run. Nineteen-year-old rookie Rose hit .277 that season, and he came through with a clutch single up the middle off Auburn pitcher Jon Nelson for two more runs. The game, unbelievably, was tied, 17-17.14

And that was only the first half. The second half of the contest took on a completely different tone, as Auburn’s Nelson and Geneva’s Dan Paul transformed the game into a pitchers’ duel. Into extra innings the teams sailed, with the pitchers in control. Nelson worked 5⅔ shutout innings, scattering three hits and three walks. Paul had pitched nine innings the previous night, but still managed six no-hit innings, handing out seven walks. At 12:50 a.m. on the Fourth of July, with the score still deadlocked, 17-17, after 13 innings, the umpires halted the game for curfew.15

Initial news reports suggested that the game would be replayed,16 but league President Vincent McNamara ordered the teams to pick up where they left off. They resumed the game July 18 prior to a regularly scheduled contest. About 970 fans attended that night, as compared to the slightly more than 400 who were present on July 3.17 Among other changes, Rose moved to third base to replace Veith, who had left the Geneva team in the interim.18 Perez made 60 appearances at second base for the 1960 Redlegs, and he replaced Rose at that position.19

Both teams moved runners into scoring position in the 14th inning, but neither could break the tie.20 Cuban lefthander Delio Suarez,21 pitching for Geneva, almost wiggled off the hook again in the 15th inning. With one out, Izzolo singled and moved to third on a double by replacement catcher Walt James. Suarez walked first baseman Leonard to get to pitcher George Robey, who struck out for the second out. Suarez was one strike away from escaping the inning when shortstop Retton, on a 3-and-2 count, drove a single into left field to score two runs. Rose then misplayed second baseman Fiallo’s bouncer to third. His error allowed two more runs to score for a 21-17 Auburn lead.22 Robey pitched his third inning of shutout relief in the bottom half to close out Geneva and claim the win. Suarez took the loss.

Most of the players in the topsy-turvy game washed out of the minors within a few years, though Sheldon enjoyed World Series championships with the Yankees in each of the following two seasons. Rose reached the major leagues in 1963, Perez in 1964, and Shamsky in 1965. Shamsky won a World Series with the 1969 Mets, while Rose and Perez had to wait for the back-to-back triumphs of the Cincinnati Big Red Machine in 1975 and ’76.

Neither Baseball-Reference nor Retrosheet provides box scores of minor-league games, but the July 19, 1960, edition of the Geneva Times published a box score.

The author thanks FultonHistory.com for making many of the cited newspapers available online.

Image of 1964 Topps card #125 downloaded from the Trading Card Database.

1 Baseball-Reference lists Jack Cassini as the manager of the 1960 Geneva team, but DeBenedetti managed most of the season until he was fired on August 19. See “Reno DeBenedetti Fired at Geneva,” Rochester (New York) Democrat and Chronicle, August 20, 1960: 21.

3 Box scores published in the Auburn and Geneva papers on July 5 indicate that Sheldon did not appear in the game before it was halted for curfew. Sheldon is mentioned in the Geneva (New York) Times’s game story of July 19, 1960 (see Note 20) as having batted in the 14th inning. The box score accompanying that story lists Sheldon as playing right field, denoted with an “r.” Baseball-Reference’s page for the 1960 Auburn Yankees does not indicate that Sheldon played any games in the outfield that year, but it’s possible that this appearance under unusual circumstances slipped through the cracks.

4 Other members of the 1960 Redlegs who played in the majors included Dave Skaugstad and late-season manager Cassini, who appeared in a single game for Geneva 11 years after his only major-league appearances.

5 1960 was Truex’s second and final season of professional baseball. Lenoch played three seasons, from 1960 through 1962.

8 The other scoreless half-inning was the top of the first.

10 Norm Jollow, “Redlegs Light Up Home Fans in 17-17 Tie, Lose on Road,” Geneva (New York) Times, July 5, 1960: 9. The box score accompanying this story also attributes two errors to Ebner. However, all seven runs on Ebner’s pitching line are earned. It’s possible that he made the errors in the third inning after relieving Truex.

12 Second baseman Fiallo and first baseman Leonard committed Auburn’s two errors; it’s not clear which one occurred in this at-bat.

14 Jollow. The Auburn paper has Geneva first baseman Antcliffe hitting the tying two-run single. However, the box score makes clear that Rose would have been at the plate at that point in the order, following a run-scoring walk to DeBenedetti.

17 The Geneva Times explained, “The bulk of last night’s crowd can be attributed to fine support for Waterloo Night by the fans of that city.” Waterloo is about seven miles east of Geneva.

19 Perez’s 60 games at second base in 1960 turned out to be his only significant playing time at that position over the course of a 27-season professional career. He also played part of one game at second base for Cincinnati in 1967. At the major-league level, Perez most commonly played at first or third base.

21 Suarez is not listed in Baseball-Reference as having appeared for the 1960 Redlegs but is identified in “Redlegs Lose Twice Before Largest Crowd of Season.” Rosenbloom (see Note 11) cited him on July 5 as “Bellio Suarez” and said he was just coming off the disabled list.