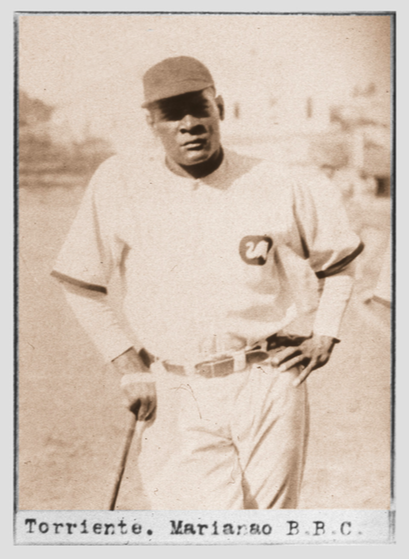 One day earlier, Rube Foster’s Chicago American Giants (CAG) had emerged from a tough Negro National League battle against Joe Green’s Chicago Giants with a 4-1 victory that ran their winning streak to 12 in a row.1 In that contest between the intracity rivals, Giants pitcher Walter Ball, coaching third base, had sent Henry Bauchman home on a double-steal attempt in the fifth inning with the game tied, 1-1. However, the American Giants had been prepared for the play and Bauchman was gunned down at the plate by second baseman Bingo DeMoss, who had taken catcher Jim Brown’s throw and fired it right back to him. The CAG went ahead an inning later and never looked back. The Chicago Defender questioned the wisdom of the move, observing, “Just whatever possessed Ball, who was coaching off third, to send Bauchman in, knowing he is a slow runner, no one would understand. It killed a possible chance for another run.”2

Ball and Bauchman again played prominent roles in this Monday, June 20, sequel at Schorling Park and – although the goat horns switched heads – the result was the same as the CAG escaped with their 13th consecutive triumph.

Since his debut with the independent Chicago Union Giants in 1903, Ball had been one of Black baseball’s premier pitchers in the first two decades of the twentieth century. In fact, he was often compared to Foster, who was managing against him on this day, and was numbered among the Black pitchers who contemporary observers thought could have played in the White major leagues had the “gentleman’s agreement” among those franchises’ owners not precluded him from doing so.3 At 43 years old, Ball was now an old hand, and he finished the 1921 season, his final year with a Negro major-league team, with a 1-3 record and a 4.95 ERA that was more than two runs higher than his career mark of 2.70. However, on this day, he reached back into the past and pulled out a stellar effort against the NNL champion American Giants, though it ended up going for naught.

Otis Starks, who was Ball’s junior by 20 years, took the mound for the CAG against the Giants’ venerable veteran. The two pitchers both put up zeros through the first three innings. Foster’s crew tallied the first run of the game in the home half of the fourth inning. DeMoss singled, and Jimmie Lyons followed with a base hit to right field. Right fielder Luther Farrell’s throw to third baseman Willie Green hit DeMoss in the back and bounded away far enough that DeMoss was able to score. Ball then bore down and escaped the inning without further damage.

Starks continued to cruise through the Giants’ lineup until the seventh inning, when suddenly they struck for two runs. Center fielder Harry Jeffries started the rally with a one-out single and advanced to second on Thurman Jennings’ sacrifice. After John Beckwith lined out to third baseman Dave Malarcher, Bauchman singled to drive Jeffries home with the tying run. Next, Green stepped to the plate and knocked a base hit to center field, scoring Bauchman to give the Giants a 2-1 lead. When CAG center fielder Cristóbal Torriente threw home to try to nail Bauchman, Green attempted to stretch his base hit into a triple but was gunned down by catcher George Dixon, with Malarcher applying the tag at third.

The Giants, looking to take control of the game, added to their lead in the next inning. Ball, in support of his own superlative pitching effort, smashed a double that flew over Torriente’s head in center. He then came around to score when the next batter, first baseman Lemuel Hawkins, followed with another double, giving the Giants a 3-1 lead.

With pitcher Ball dealing and a two-run advantage in hand, it looked as though the American Giants’ win streak might come to an end. Starks’ day ended when he was lifted for a pinch-hitter, Jim Brown, in the bottom of the eighth, but the CAG failed to score in their half of the inning. Tom Williams went to the hill for the CAG in the top of the ninth and kept the Giants from scoring. His squad went to their final at-bat needing two runs to keep the game going.

In the words of the Chicago Whip, “Along about the ninth, Green’s boys displayed signs of weariness” and the American Giants took advantage of the opportunities that presented themselves.4 Ball hit leadoff batter Dixon, who was replaced by a pinch-runner, pitcher Jack Marshall. Jelly Gardner hit a fielder’s choice grounder that erased Marshall at second, after which Bobby Williams walked to put two men on base. Gardner and Williams pulled off a double steal and were now both in scoring position.

The CAG now had a two-on, one-out situation that they were certain would enable them to tie the game, but first baseman Leroy Grant came to bat and “made things look bad when the best he could do was pop to [second baseman] Bauchman.”5 Poindexter Williams pinch-hit for Tom Williams and was safe at first on an error by Bauchman that allowed Gardner to score, cutting the deficit to one run. Malarcher mashed a single to right field that drove in Bobby Williams with the tying run, but Luther’s throw from right was true and catcher Otto Ray tagged Poindexter Williams out at home. Still, the American Giants had tied the score, 3-3, and the game was headed to extra innings.

Marshall remained in the game as the CAG’s third pitcher of the afternoon, and Poindexter Williams crouched behind the plate as his batterymate. Bauchman, who grew enough goat horns for two heads on this day, found himself on first base with two outs in the top half of the 10th. The Defender christened him with a new name, “Pick” Bauchman, after he was picked off first base, Marshall to Grant to DeMoss, to end any hope the Giants had of scoring.6

DeMoss led off the home half of the frame with a single. Lyons laid down a sacrifice bunt, but DeMoss overran second base and ended up in no man’s land between second and third. He was out at second, Bauchman to Green to Beckwith. Instead of having a runner in scoring position with one out, the CAG had no one on base and two outs.

Yet Foster’s crew had one more salvo left. Torriente, whose two-run triple had been the decisive blow on the previous day, drew a walk and then proceeded to steal second base. The Defender described how the CAG managed to keep their winning streak alive: “Marshall worked Ball for a three-two count and then poked one at Bauchman. In the second baseman’s anxiety to field the ball he let it get through him and Torriente romped home with the winning run.”7

After their two-game sweep of the Chicago Giants, Foster’s American Giants hit the road – or, rather, the rails since they traveled by train – for a series against another NNL rival, C.I. Taylor’s ABCs, in Indianapolis. During the CAG’s absence, Joe Green and his Giants were to use Schorling Park as their home field. Although the Giants did not win often, the team nevertheless provided stiff competition and – along with their manager, who was also renowned for his clowning antics – plenty of entertainment. As for the American Giants, they continued about the serious business of winning a second consecutive NNL championship.

Play-by-play was adapted from the following articles:

Both the Defender’s and the Whip’s articles contained textual errors about two of the innings in which runs were scored while no box score lists Marshall as one of the game’s pitchers; thus, the combination of articles and box scores was needed to determine the exact course of the game.

Seamheads.com was consulted on May 22, 2021, for all player statistics, team records, and league standings. The Seamheads database is a continual work in progress and all information found on the website is subject to change as additional news articles that contain game accounts and statistics are uncovered.

1 To avoid too much repetition of “Chicago” and “Giants,” the Chicago American Giants often will be referred to as CAG (a common abbreviation for the team) while the Chicago Giants will be referred to either by the team’s full name or just as Giants. It bears mention that the NNL’s St. Louis franchise also used the name Giants; however, since they were not involved in this game, there should be no confusion when only the name Giants is used here.