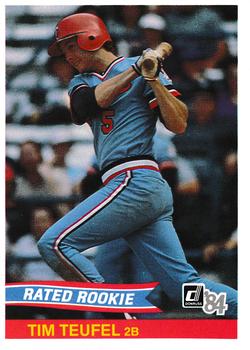 After four straight losing seasons – including two last-place finishes1 – the Minnesota Twins left fans with little optimism heading into 1984. The early focus of the team’s third season in the Hubert H. Humphrey Metrodome was to draw enough fans to keep owner Calvin Griffith, whose family had owned the franchise since 1919 and moved it to Minnesota from Washington in 1961, from exercising an escape clause in the ballpark’s lease. The Minneapolis business community countered by buying up unsold tickets to games starting in mid-May.

The buyout ended as the Twins began a weekend series with Chicago on June 22. In a pregame ceremony on the field, Griffith and Carl Pohlad, a Twin Cities banking magnate, signed documents to begin the process of turning the Twins over to Pohlad. A crowd of nearly 22,000 fans – after weeks of attendance figures inflated by tickets purchased in the buyout – turned out for the game, many out of optimism for what the new ownership would bring.

The growing optimism also extended to how the Twins were playing, which was better than expected. A core of young players from the 102-loss 1982 team were coming together. Kent Hrbek, Frank Viola, Gary Gaetti, Tom Brunansky, and Tim Laudner were playing well and had been joined in May 1984 by another up-and-comer, Kirby Puckett.

Although the Twins were only 33-35 coming into the June 22 game, the record was good enough for third place in the American League West, 2½ games behind the first-place California Angels and a half-game back of the Chicago White Sox. The Friday night crowd – big enough that fans did the Wave for the first time in the Metrodome – went home disappointed when Harold Baines’s two-run homer in the ninth wiped out a Twins lead and gave the White Sox the win. The next night, before another crowd of more than 20,000, which included a group from the Halsey Hall Chapter of the Society for American Baseball Research, the Twins beat Tom Seaver, helped by an inside-the-park home run by Randy Bush.

A smaller crowd – 12,696 – came out for the Sunday finale, hoping to see the Twins take the rubber game and move into second place. For the White Sox, right-hander Richard Dotson came into the game looking for his 10th win, against three losses, with an earned-run average of 2.84. Minnesota righty Ken Schrom, who had won 15 games in 1983, had started the season on the disabled list and didn’t make his first start until June 2. He had a record of 0-2 coming into the game.

Chicago got a couple of two-out singles off Schrom in the first inning, but alert Twins defense snuffed out the rally. After Baines singled, Greg Walker’s arching hit to right took a higher-than-expected bounce off the turf, but Brunansky fielded it and fired to shortstop Houston Jimenez. Baines had turned second and lost his footing in the dirt sliding pit surrounding the base. Before Baines could get back to the back to the bag, Jimenez applied a tag to end the inning.

Aggressive baserunning paid off for the White Sox in the second. Tom Paciorek singled with one out and went to third on Joel Skinner’s two-out single. With light-hitting shortstop Jerry Dybzinski up, Skinner took off for second. The Chicago catcher stopped halfway down, hoping to draw a throw from Dave Engle, who accommodated the White Sox by doing so. The 37-year-old Paciorek bolted for the plate. Jimenez didn’t move in enough to take Engle’s toss, leaving himself in a bad position for a return throw. Paciorek scored, and, with the double steal, Chicago took a 1-0 lead.

Rudy Law led off the next inning with a bounder to second baseman Tim Teufel. The spongy Metrodome turf was playing tricks on the Twins. They had survived it on Walker’s hit in the first inning, but this time the bounce of the grounder was high enough to allow the speedy Law to beat Teufel’s throw to first. Law went to third when Scott Fletcher lined a single to center. Baines followed with a popup beyond third base. Gaetti ran back and caught the ball in foul territory but, moving away from the infield, was unable to set before throwing to the plate. Law tagged and scored on the sacrifice fly for a 2-0 lead.

Dotson was going through the Minnesota batting order without much trouble. With two out in the fifth, Puckett got to third when he hit a hard grounder off Dybzinski’s glove that rolled into the left-field corner. Official scorer Glenn Gostick2 (a SABR member) credited Puckett with his first major-league triple. But Mickey Hatcher grounded out to end the inning, and Dotson’s shutout continued.

Hatcher’s two-out walk in the eighth was the only other runner off Dotson over the next three innings. Schrom went the distance for the Twins, pitching a strong game with only seven hits and one walk. He retired 21 of the last 23 batters he faced but appeared destined for his third loss of the season as the game moved to the bottom of the ninth with Dotson on the mound and Minnesota still trailing by two runs.

The Twins, however, put runners at first and second with one out on singles by Engle and Brunansky. Teufel stepped in and, after flailing at one pitch, connected with the second and dropped it into right field for a hit.

Baines trotted in and then, in horror, leaped as the ball landed on a seam in the turf3 and bounced over him. The ball rolled to the fence as Fletcher raced out from his position at second base, while Law hustled over from center.

Engle and Brunansky initially held up to make sure Baines didn’t catch the ball. When they saw it bouncing freely across the turf, they took off and didn’t stop. Fletcher’s momentum carried him past the ball on the warning track, leaving Law to pick it up and heave it in. With the baserunners already by him with the tying runs, third-base coach Tom Kelly waved Teufel around, too.

Dybzinski took Law’s throw and hurried an off-target throw to the plate as Teufel slid in with a three-run, game-ending, turf-aided, inside-the-park home run.

The Twins continued to roll and held a share of first place when they completed their home schedule on September 23. But six straight losses to close the season – including one in which they blew a 10-0 lead at Cleveland – dropped them to 81-81 and a second-place tie with California, three games behind the Kansas City Royals, who had been in last place coming into the games of June 24. The White Sox fared worse the rest of the way, finishing in a fifth-place tie with Texas at 74-88.

The Twins and their fans celebrated the wild finish in the June 24 game. Schrom was sympathetic toward Dotson, but noted that he “has nine wins already, and that’s only my first one. You’ve got to spread them around.”4

Mike Kiley, covering the game for the Chicago Tribune, offered a different perspective: “It was entertaining, as long as you have no baseball standards.

“But for all purists, the ball that bounced off the carpet over right-fielder Harold Baines’ head and rolled to the wall was a blot on the national pastime.”5

In addition to the sources cited in the Notes, the author consulted the Baseball-Reference.com and Retrosheet.org websites for pertinent material and the box scores noted below. He also drew from his own scoresheet and memories of the game, including Baines’s look of anguish as he vainly leaped for the ball.

1 This includes 1981, when the Twins had the worst first-half record and worst overall record in the American League West Division.

2 Howard Sinker, “Game’s Finish Blurred Schrom’s Sharpness,” Minneapolis Star and Tribune, June 25, 1984: 5D. Sinker, who later became an official scorer himself, had no argument with Gostick’s decision although he added, “If the play had happened to an outfielder, it likely would have been called a single and two-base error.”

3 The landing spot of Teufel’s hit was the maximum extension point for the retractable seats, used for football, that were folded up behind the right-field fence for baseball games.