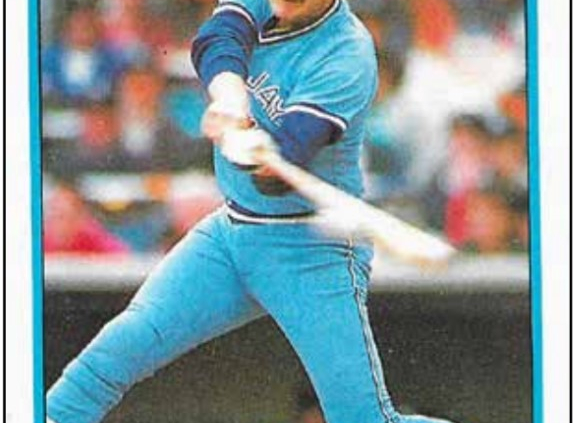 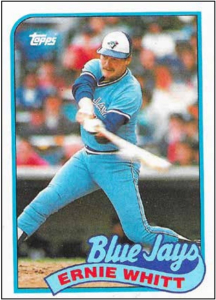 While Neil Young began the year singing, “Keep on rockin’ in the free world,”1 millions around the globe were seeking freedom by the spring of 1989. One day before Toronto and Boston concluded their weekend three-game series, the Chinese government used lethal force to crush a seven-week pro-democracy protest in Beijing.2 In Poland, citizens voted in multiparty elections for the first time since the end of World War II,3 while East Germans curiously watched and cautiously dreamed of tearing down the Berlin Wall and also voting freely one day.4

Within the green walls of Fenway Park, Boston looked to avoid a series sweep against Toronto. After the Blue Jays went scoreless in the first inning, rookie hurler Alex Sanchez walked the Red Sox’ Jody Reed and Ed Romero, and after Wade Boggs grounded out, Mike Greenwell and Dwight Evans both hit one-bounce, run-scoring singles to left field. Ellis Burks took two called strikes, then belted a hanging curveball over the Green Monster to give Boston a 5-0 lead. After Sanchez walked the next batter, his start was finished. It would be another long afternoon for the Toronto bullpen.

Both clubs had leaned heavily on their relievers on Friday and Saturday but the Red Sox got an early boost from tall right-handed starter Mike Smithson. The veteran pitcher blanked Toronto over six innings while his teammates doubled their lead.

Boston added single runs in the second, third, and fourth innings, then appeared to put the game out of reach in the sixth, thanks to a two-error play by Toronto first baseman Fred McGriff. After Boggs and Greenwell walked, Evans hit a bouncing ball that deflected off McGriff’s glove to his right. McGriff grabbed the ball and threw toward first base but the ball sailed by pitcher Xavier Hernandez, allowing Boggs to score, Greenwell to move to third, and Evans to reach second. Burks then drove in his game-high fifth run on a sacrifice fly to deep center field. Toronto was now behind 10-0.

Facing a giant hill to climb, Lloyd Moseby and Ernie Whitt both walked to open the seventh inning. Boston manager Joe Morgan lifted Smithson, whose new pair of spikes had raised a blister on his right big toe, and brought in Bob Stanley, who walked Rance Mulliniks to load the bases. Nelson Liriano bounced into a 4-6-3 double play, scoring Moseby for Toronto’s first run. Rookie Junior Felix, who hit a rare inside-the-park grand slam off Stanley two nights earlier, just the third ever at Fenway,5 burned Stanley again, hitting a ground-rule double into the Boston bullpen to cut Boston’s lead to 10-2.

Toronto further closed the gap in the eighth. After George Bell blooped a single to shallow center in front of a sliding Burks, McGriff lined a Stanley offering high off the left field wall, putting runners on second and third. Then Moseby singled to center to plate both runners. Whitt lined one to right field but Randy Kutcher, fielding his first chance of the game after replacing Evans, ran in and made a nice shoestring catch.

As Mulliniks stepped into the box, Canadian television viewers were informed on their screens that “one year ago today, the Blue Jays scored seven runs here in the top of the ninth inning to win 10-2.” On this day, the Jays still needed six runs just to tie Boston. Mulliniks golfed a 2-and-1 pitch into left-center field, perfectly splitting the outfielders, and as the ball rolled to the wall, Moseby scored. Morgan slowly walked to the mound to relieve the ineffective Stanley, bringing in left-hander Rob Murphy.

Liriano kept things moving for Toronto, lining an opposite-field single to right to cash Mulliniks but Felix grounded out to end the inning. While Toronto was now within four runs, the Blue Jays were down to their last three outs.

Tony Fernandez led off the Toronto ninth with a high chopper that deflected off Murphy’s glove for a leadoff infield single, prompting Morgan to call for his closer, Lee Smith. The hard-throwing veteran was struggling in 1989 with a 6.32 ERA in 15⅔ innings pitched.

Smith walked his first batter, Kelly Gruber, then left a fastball up to Bell, who ripped a double off the left-field scoreboard, driving in Fernandez and sending Gruber to third. Alarmingly for Boston, the best hitter in Toronto’s lineup, McGriff, came to the plate representing the tying run. Smith threw mostly fastballs and struck out McGriff, but Smith continued to struggle with location, walking the next hitter, Moseby, on four pitches.

Smith started off with three pitches away. Ahead in the count 2-and-1, Whitt tried to keep things simple. “All I wanted was a base hit to keep the momentum going.”7 Smith came back with a fastball in the strike zone and Whitt, down on one knee, swung hard and launched the ball on a line just inside the right-field foul pole for a grand slam. “I wasn’t thinking home run in that situation and Lee’s their stopper and he’s a power pitcher,” Whitt said, explaining his approach. “I feel I’m a pretty good fastball hitter so I was looking [for a] fastball and he got it over the plate for me.”8

As the ball disappeared into the crowd, Smith looked down at the ground, then looked up and sighed with a shocked expression of utter disbelief. The jeering crowd grew even louder as Smith walked off the field, relieved by former Toronto right-hander Dennis Lamp.

One hour ago, Boston was winning a laugher 10-0; now, in the ninth inning, the visitors were ahead 11-10. The Red Sox had never before, in their 89-year franchise history, frittered away a 10-run lead.9

In the bottom of the ninth, Toronto closer Tom Henke walked leadoff hitter Nick Esasky, who moved to second on a sacrifice. Esasky came home when Jody Reed fought off an 0-and-2 Henke fastball, dropping it into right-center field to tie the game. After Romero grounded out, moving the winning run to second, Henke intentionally walked Boggs, bringing reliever David Wells into the game to face pinch-hitter Marty Barrett.

Amazingly, Barrett battled Wells for 17 pitches, hitting 13 of them foul, including seven in a row, before grounding out to third, ending the inning. The throw from Gruber to McGriff took the first baseman into the baseline and as Barrett changed his running path, he suddenly tumbled in agony to the dirt with a ruptured right knee ligament. (Barrett later sued team doctor Arthur Pappas based on incomplete diagnostic disclosure.10)

In extra innings, Lamp retired Toronto in order in the 10th and 11th while Boston got the winning run to third in the 10th before reliever Duane Ward struck out Esasky to end the threat.

Finally, in the 12th, Toronto went ahead again. Tom Lawless flared a leadoff single to right just past the infield dirt and advanced to second on a sacrifice. Felix drove Lamp’s first pitch to him into a spectator walkway in the right-field seats for a two-run home run. Felix was 8-for-16 with 11 RBIs and three extra-base hits during the series. In the bottom of the 12th, Ward finished off the Red Sox with his third hitless inning, getting a generous called strike three on Kutcher to finish a wild and improbable comeback win.

Toronto manager Cito Gaston praised his team’s perseverance. “You never want to give up,” he said. “You never quit in this ballpark because you can score a lot of runs, and I tell you the truth, [my players] never quit.”11

Incredibly, Toronto’s victory was its 12th consecutive win in Fenway Park, a streak no other visiting club had ever achieved.12

The Red Sox were understandably stunned.

“This is the worst defeat of my managerial career in any league or city,” said Joe Morgan succinctly.13

Reed refused to fault the Boston bullpen and tipped his cap to Toronto’s hitters. “Everything looked like it was under control then the floodgates broke. I’m not going to put the blame on anybody. You’ve got to give those guys credit. … They were battling for runs and then they got the big blow when Ernie hit the grand slam. … We lost as a team.”16

Moseby was not surprised that Toronto rallied. “I can believe it, sure. I’ve lost ballgames like that. Baseball is a funny game. It’s the turning point of our first half, I can tell you that.”17 Indeed, the series sweep elevated Toronto out of the division basement for good and the Blue Jays had added excitement heading home as they were due to open their new ballpark, SkyDome, the following night.

Besides the sources listed in the Notes, the author consulted Baseball-Reference.com, Retrosheet.org, and the following:

12 Burris. The 1954 Cleveland Indians won 11 consecutive games at Boston. Toronto swept another three-game series in Boston in August to run its streak to 15 straight wins at Fenway Park.