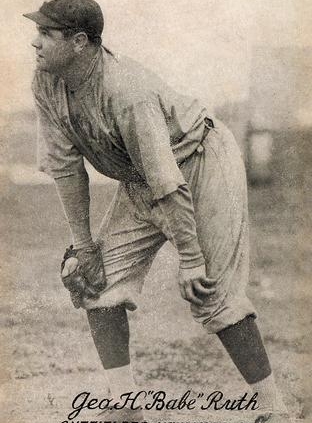 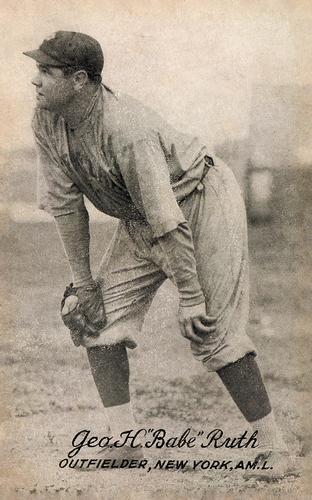 When the New York Yankees took the field against the Cleveland Indians on June 8, 1921, Babe Ruth was not among them. He was not anywhere to be found in the Polo Grounds. He was instead nine miles downtown, at 300 Mulberry Street, formerly New York police headquarters but then home to the city’s traffic court and some holding cells.

Babe Ruth was in jail.

He’d been in court earlier that day, five days after he’d been pulled over on Riverside Drive by New York traffic policeman Henry Yost, himself the holder of a motorcycle speed record. Yost asked the driver’s name. “Babe Ruth,” came the reply. “No, I want your real name,” said the police officer, who thought he was being kidded.1

Ruth was driving a brand-new Packard. It was his favored marque, already known for mechanical quality (the company’s founder and namesake, James Packard, was an engineer) and understated elegance, with advertisements asserting, “Ask the man who owns one.” In 1916 Packard introduced its famed Twin-Six, a powerful V-12 engine that could cruise at speeds that we take for granted today but were nothing shy of breakneck at the time.

And Ruth did enjoy driving fast – if not always safely. In 1920 he’d crashed a Packard while driving through southeastern Pennsylvania, failing to navigate a slick curve on the way from Washington, where the Yankees had played the Senators, to New York, where the Yankees would play the Tigers the next day. It was rumored that Ruth had been drinking.

The Babe and his party – his wife, Helen, teammates Frank Gleich and Fred Hofmann, and coach Charley O’Leary – were none the worse for wear, but some Philadelphia newspapers had already rushed to print with editions that said Ruth was killed in the crash. The travelers caught a train in Philadelphia, and Ruth was indifferent to the fate of his car. “Sell it if you want to,” he allegedly told an employee of the garage where it was towed. “I’ll get another one when I arrive in New York.”2 And so he did, bragging that the new Packard “set me back $12,000.”3

Ruth walked into court at 9 A.M. on June 84 in the case of The People vs. Babe Ruth.5 Yost testified before Magistrate Frederick House that Ruth had been driving 28 mph.6 House had a long-enough memory to recall that Ruth had come before him in April for another speeding charge. That time, Ruth paid a $25 fine and was on his way. This time, House fined Ruth $100 and sentenced him to a day in jail, adding that he’d take away his license if he got caught speeding again.

Ruth paid the fine in cash on the spot and was taken to a holding cell, where he found four other men, all similarly charged, but they’d been sentenced to five days in jail. They were taken to the Tombs, while Ruth continued to cool his heels, drinking milk and eating a snack.7 He declined a cigar or newspaper and refused all visitors, but a photographer climbed a fire escape across the street to try to get a picture.8

Ruth was set free at 4 P.M. It was not special treatment, said the next day’s New York Times. Anyone who received a one-day sentence was released at 4 P.M., when the jail closed. Ruth had made arrangements for his Yankees uniform to be delivered to him. He put it on under his suit and walked out to his Packard, which was parked behind the court. (Ruth had asked two children to watch it while he was in the clink, but because he may have been the most famous man in the world at that point, a crowd of hundreds, if not thousands, soon gathered.)

Ruth was in a hurry to leave, telling a cellmate, “Keeping you late like this makes a speeder of you.” He had a financial incentive to get to the ballpark. It was rumored at the time that he’d be fined $500 for each game he missed.9 Ruth received a police escort uptown – with another magistrate in the car with him to ensure that he wasn’t speeding again – and got to the ballpark to find the Indians leading 3-2.

The Yankees had drawn first blood when Wally Pipp singled home Braggo Roth in the first inning, but the Indians responded with three runs in the fifth. Joe Sewell reached on an error by Pipp and advanced to third when George Burns doubled. Sewell came home on Les Nunamaker’s fly ball to right field, and pitcher George Uhle tripled to score Burns. Charlie Jamieson singled, scoring Uhle. Aaron Ward singled in the bottom of the fifth to score Frank “Home Run” Baker and pull the Yankees within one run.

Still clinging to a one-run lead in the bottom of the sixth, Uhle got Roger Peckinpaugh to line out to second, and the Polo Grounds megaphone announcer yelled that a pinch-hitter was entering the game: Ruth. “From twenty-five thousand throats came shrieks of welcome and George Uhle, whose ‘Uhlkelele’ ball had been cutting down Murderers’ Row with frightful and depressing regularity, changed his hue of rosy pink to the palest white,” wrote Charles A. Taylor in the next day’s New York Tribune.10

Ruth walked, then stole second. Pipp also walked, but Ping Bodie and Baker grounded out to strand Ruth at second. The threat was ended, and Uhle continued to pitch masterfully. He’d given up only three hits to this point.

Ruth remained in the game in center field, and Uhle retired the Yankees in order in the seventh and eighth. The Indians carried their 3-2 lead into the bottom of the ninth.

Pipp led off for the Yankees by flying out to player-manager Tris Speaker in center field, and Bob Meusel was called in to pinch-hit for Bodie. Uhle got two strikes on Meusel, who then singled.

Baker came to bat and looked at a pitch low and away that umpire Frank Wilson called a strike, drawing howls from the Yankee dugout and leading to manager Miller Huggins’ ejection for arguing. Uhle got another strike on Baker, and threw what he thought was strike three, but it was called a ball. Speaker complained, to no avail, and announced that the Indians would play the rest of the game under protest.11

Carl Mays pinch-hit for Yankees starter Waite Hoyt. He hit a screaming grounder back to Coveleski, who forced McNally at the plate for the second out.

It looked as if the game might go to extra innings, as Coveleski got two quick strikes on Roth, but Roth singled to right, scoring Ward to win the game.

According to the box score (and Wally Pipp’s recollections years later for Sports Illustrated12) Ruth’s appearance in the game seemed anticlimactic: He went 0-for-1 with a walk, but just his presence enlivened the game, New York reporters wrote. “His arrival sent the crowd into a great demonstration and seemed to inject new spirit into the Yanks,” Dan Daniel wrote in the next day’s Herald. “He certainly makes a difference, does the Babe.”13

5 “‘Babe’ Ruth Plays After Day in Jail.” The New York Times noted that despite his given name being George, his nickname was used on the docket.

11 The next day’s Cleveland Plain Dealer said Baker swung at what was supposed to be strike three. Every other newspaper account I saw said nothing of the kind.