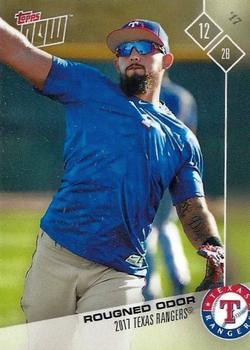 A crowd of more than 15,000 left Estadio de Béisbol Charros de Jalisco in the early hours of Monday, March 13, 2017. Many, if not all, of the spectators expected to come back later that day to see the host team, Mexico, play in a tiebreaker game to determine who would advance to the next round of the 2017 World Baseball Classic (WBC).1

In a Sunday night game that lasted until 12:52 A.M., Mexico had beaten Venezuela, 11-9. One of the teams in the pool, Puerto Rico, had won all three of its games to earn a berth in the second round. The others – Mexico, Italy, and Venezuela – were tied for second with one win and two losses, and two of them would play Monday night to determine who would advance along with Puerto Rico.

First, however, a tiebreaker was needed to eliminate one of those three teams. The WBC used a formula based on how many runs each team had allowed per inning in the field among the tied teams.

Mexico thought it had put up enough runs against Venezuela to eliminate them. Mexico was also under the impression that it would receive some credit for a partial inning in the field in its opening game. In that one, Italy scored five runs in the last of the ninth for a 10-9 win. But since it hadn’t retired a batter in the last of the ninth, Mexico received no credit for a partial inning; as a result, by a thin margin, Mexico was eliminated, leaving Italy and Venezuela to play in the tiebreaker game.

With Mexico’s nationalist fervor sidelined, attendance and fan spirit at the tiebreaker were significantly diminished. Instead of another full house, fewer than 1,800 fans showed up for the game, and the atmosphere was eerily quiet in contrast to the raucousness of the first four days of games in Zapopan.

Sporting a “man bun” – a hairstyle seen among young men at this time – that somehow allowed him to still get a hat on, Omar Bencomo started for Venezuela and dug a quick hole in the last of the first. John Andreoli led off by bouncing a drive over the fence in right-center for a book-rule double. He scored on a single by Daniel Descalso. Rob Segedin singled one out later, but Bencomo got Chris Colabello to line out and struck out Drew Butera, keeping the deficit at one run. Bencomo allowed one more hit – along with two walks and a balk – over the next two innings, but no more runs. Deolis Geurra provided solid relief in helping to keep Italy off the board again through the sixth.

Still, the opening marker was enough for Italy to hold a lead through the first half of the game. Starter A.J. Morris struck out four and retired all of Venezuela’s hitters his first time through the order. The perfect streak ended when Morris hit Ender Inciarte with a pitch to open the fourth, but Inciarte got too far off first on a short fly to right, and Segedin threw to Colabello after the catch, doubling off Inciarte and keeping Venezuela scoreless.

Another double play preserved Italy’s lead in the fifth. Victor Martinez walked to open the inning, but Descalso, at second, fielded a grounder by Rougned Odor, tagged Martinez, and made a slick backhanded toss to first to complete a double play. Morris got Carlos Gonzalez to look at a third strike for the third out, and Italy clung to its 1-0 lead.

Although he had not allowed a hit and had faced the minimum of 15 batters through five innings, Morris was approaching the first-round pitch limit of 65 (he had thrown 62) and was relieved in the sixth by Trey Nielsen, who found himself in an immediate jam. After Alcides Escobar drew a five-pitch walk, Odubel Herrera hit an apparent double-play grounder to second. But Italy did not turn its third double play in as many innings; Descalso made a bad throw to shortstop Gavin Cecchini for an error, and both runners were safe.

Robinson Chirinos grounded to third. Alex Liddi stepped on the base to force Escobar but missed a double play when his throw pulled Colabello off first. Inciarte then hit a hard grounder off Colabello’s glove and into right field, driving in Herrera with Venezuela’s first hit and tying the game. Switch-armed Pat Venditte relieved and, pitching right-handed each time, got Martin Prado and Miguel Cabrera to pop out.2

With one out in the last of the seventh, Italy got the lead back at 2-1 as Andreoli homered to right – his third of the Classic – off Jose Alvarado.

Tiago Da Silva retired all three batters in the eighth, and Michael DeMark took the mound to face the heart of the Venezuela batting order in the ninth. He didn’t fare well. On a 0-and-1 pitch, Cabrera – who entered the 2017 season with 446 career major-league home runs – homered to right-center to tie the game, 2-2.

Martinez walked on four pitches, and Odor hit a drive off the fence in left-center, allowing pinch-runner Yangervis Solarte to score the go-ahead run.

Apparently believing that the ball was going to clear the fence, Odor had gone into a home-run trot. When the ball landed on the playing field, he had to stop at first. He began signaling for the play to be reviewed.3 After a lengthy review, the umpires announced that the call of no home run stood, meaning that there wasn’t conclusive evidence to overturn it. Frailyn Florian relieved DeMark.

Gonzalez’s single to left sent Odor to third, but another Venezuelan baserunning mistake followed when Andrew “Drew” Maggi threw out Gonzalez trying to stretch his hit into a double.

With poor baserunning seemingly frustrating Venezuela’s hopes for an insurance run, manager Omar Vizquel decided to gamble. He called for a suicide squeeze.

On the first pitch to Escobar, Odor broke for the plate. Escobar got the bunt down, and all Florian could do was throw to first to retire Escobar as Odor scored. Jose Altuve hit for Herrera and flied out to end the inning.

The insurance run was important because Liddi led off the bottom of the ninth with a home run off the batter’s eye in center. Liddi’s homer, his second of the Classic, was off veteran closer Francisco Rodriguez, who had saved 430 major-league games in 15 seasons.

Rodriguez, however, got the next two batters on grounders to Escobar at short (the first requiring a backhanded stop and acrobatic throw). Andreoli then hit a soft grounder to third. Prado made a nice play to charge and throw on the run to retire Andreoli and end the game.

Venezuela had pulled out a narrow survival that morning in the tiebreaking protocol and pulled out a game in the ninth that night. It advanced to the second round of the WBC, in San Diego, but it lost all three of its games. Puerto Rico, the other team to advance from the Jalisco pool, remained undefeated with wins over the Dominican Republic, the United States, and Venezuela.

In the semifinal game at Dodger Stadium in Los Angeles, Puerto Rico beat the Netherlands in 11 innings, setting up a championship-game rematch with the United States, which had edged Japan. Puerto Rico, however, lost the championship, 8-0, as Marcus Stroman and three relievers combined on a three-hit shutout.

The author served as official scorer for all of the games in Jalisco, including this one. He attended a post-series reception in a stadium restaurant after the game along with other WBC committee members, including Enrique Burgos Sr. and umpire supervisor Cris Jones. Jones said he knew the ninth-inning squeeze was coming. Jones explained that he noticed that Vizquel was using signs only when a play was on. Earlier he had seen a sign relayed by the third-base coach, and a runner took off on a hit-and-run (with the pitch fouled off). Jones saw the same sign in the ninth with Odor on third, so he figured Odor would be running.

Scoresheet, notes, and memories of the author, who was the official scorer for the games in Jalisco. Brenda Himrich (the author’s wife) made the press-box announcements in Spanish and English and contributed to this article.

1 The 2017 WBC was the fourth iteration of the 16-team, two-round international baseball tournament. The WBC is sanctioned by the World Baseball Softball Confederation and is operated as a joint venture between Major League Baseball and its Players Association. The tournament features the best players from around the world competing for their home countries and territories. Players are qualified if they previously appeared on the final roster of a Federation Team, if the player is a citizen of or is eligible for a passport from the team’s country or territory, or if the player is a current resident of or has one parent who was born in that country or territory.

3 Reviews were limited to home runs or potential home runs in the first and second rounds of the WBC.