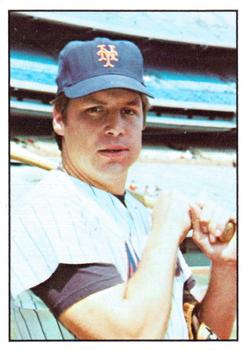 Tom Seaver pitched with the precision of a NASA engineer using a slide rule to calculate rocket trajectories. The boyish-looking right-hander led the National League in strikeouts five times; led the major leagues in ERA twice and the National League once; won three Cy Young Awards; and received the highest percentage vote for induction to the Baseball Hall of Fame (98.8 percent) until Ken Griffey Jr. in 2016.

It’s rare to find a better example of Seaver’s majesty than the May 1, 1974, Mets-Dodgers game at Dodger Stadium. “Tom Terrific” threw for 12 innings, struck out 16, and sent the Dodgers back to the dugout eight times in three-up, three-down fashion. Still, the Mets lost 2-1; Dodgers first baseman Steve Garvey was responsible for both runs.

Seaver began 1974 on a less than auspicious note, going 2-5 in April and May. It made the Mets’ pennant-winning season of 1973 seem like a century ago rather than a year. During that celebrated season — which ended with the Mets losing the World Series in seven games to the Oakland A’s — Seaver led the majors in ERA; led the NL in complete games and strikeouts; and won his second Cy Young Award.

Mets fans saw Seaver’s brilliance return in a 6-0 shutout of the Giants at Candlestick Park on April 26, 1974. When he took the mound at Dodger Stadium, it was the last game of a 10-game road trip on the West Coast. So far, the NL champions were 5-4. The rivals had split the first two games of the three-game series against the Dodgers; each game had an 8-7 score.

By the end of the seventh inning, Seaver had 10 strikeouts and a one-run deficit courtesy of Garvey’s solo bash leading off the fifth inning. “I swung my bat and Seaver hit it with the ball,” said the first baseman, who looked as if his photo came with the picture frame. “It was a matter of luck.”1 Mets third baseman Wayne Garrett closed the gap in the eighth, mirroring Garvey with a leadoff home run.

There was a rally brewing for the invaders from New York when Dodgers right-hander and free-agency pioneer Andy Messersmith walked Jerry Grote. But Messersmith fielded Seaver’s bunt and began a 1-6-3 double play. The Mets weren’t quite done yet; Ron Cey’s error allowed Bud Harrelson to reach first base. Felix Millan, whose batting stance consisted of crouching and choking up on the bat practically halfway, popped out to Garvey.

New York returned in the ninth with two men on base after Cleon Jones’s single and Rusty Staub beating out a bunt. Or so it seemed. Home-plate umpire Satch Davidson called Staub out because he departed the basepath on his way to first base; it was a rare instance of a first-base umpire’s decision being annulled. Davidson’s judgment sent Jones on a U-turn back to first.2 Messersmith egressed from further danger after John Milner’s popout to Garvey and Dave Schneck’s fly to right.

Seaver added two more entries in the K column in the bottom of the 11th inning. Steve Yeager was first, then pinch-hitter Jimmy Wynn.

Walter Alston sent ace reliever Mike Marshall — that season’s Cy Young Award winner — to the Dodger Stadium pitching mound in the top of the 12th. Marshall did not disappoint, notching two strikeouts and sending the Mets back to the visitors dugout in one-two-three fashion.

In the Dodgers’ half of the inning, the New Yorkers stood on the brink of leaving California with a .500 road-trip record. Lopes became Seaver’s 15th strikeout, then Bill Buckner singled and stole second. Seaver walked Willie Crawford, and while the Mets infield readied for double-play possibilities, Cey popped out to Harrelson; Garvey then struck out for the third time in the game.

An inning later, the Mets poised for scoring. After Grote struck out, Ken Boswell pinch hit-for Seaver and banged a one-out single. Marshall got Harrelson out on a liner to center fielder Tom Paciorek, but walked Felix Millan. Dodgers fans felt the tension increase with Jones, the Mets leading batter in 1974 (.282 batting average), ambling to the batter’s box. They felt relief when he lined out to Crawford.

Mets skipper Yogi Berra sent in right-hander Harry Parker, who got in trouble early. Paciorek got on base with a single; Bill Russell’s sacrifice moved him to second; and Yeager’s 6-3 groundout put him on third. But pinch-hitter Manny Mota flied out to Staub, sending the game into the 14th inning.

Buckner drew a one-out walk; Crawford’s double advanced him to third. Cey got an intentional walk, inspiring the Mets to get a double play. It was not to be. Garvey singled to score Buckner and nobody seemed to remember his three whiffs against Seaver except the protagonist of the game: “I feel a little better about striking out three times after a game like that.”3

Messersmith’s extra-innings output was solid. He scattered six hits and struck out five. Because relief pitcher Jim Brewer went into the game in the top of the 14th, he got the credit for the victory. A year and a half later, Messersmith secured his place in baseball history with the Seitz decision, which certified free agency as a legitimate part of contract negotiations and ballplayers’ rights.

Garvey’s accomplishment was a microcosm of his MVP season. As reliable as the Santa Ana winds in autumn, Garvey hit .312, won a Gold Glove and played in his first of 10 All-Star Games (eight as a Dodger, two as a Padre). So, while political types tuned into the evening news ready for the latest information about President Nixon and the Watergate scandal during the spring of 1974, Dodgers fans found an outlet in the goings-on with their first baseman who, on this particular night, tagged one of the greatest pitchers of his era.