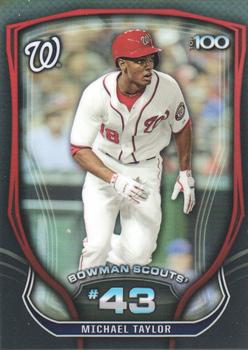 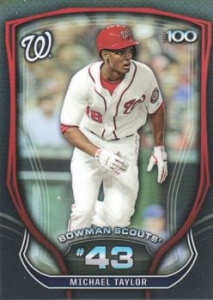 Both the Washington Nationals (18-16, second in the NL East, 2½ games behind the New York Mets) and the Arizona Diamondbacks (15-17, fourth in the NL West, seven games back of the Los Angeles Dodgers) entered this game looking for a series win. The first game of the three-game series had been a blowout for the Nationals (11-1), but the Diamondbacks returned the favor the next night (14-6). The roof of Chase Field was open for this day game although the official temperature was 851 degrees at game time.

Jeremy Hellickson (1-3, 5.85 ERA) was the starter for Arizona. So far this season, the first inning had been a challenge for him. He’d allowed more than twice as many runs per inning in the first as in any other.2 But in this game he got off on the right foot: Denard Span grounded out, Yunel Escobar looked at strike three, and Jayson Werth flied out.

Gio González (3-2, 3.62 ERA) was pitching for the Nationals. His bottom of the first was almost as efficient. All he allowed was a single to Paul Goldschmidt, who had been held hitless in the last three games.

Bryce Harper started the second with a double just inside the right-field line into the corner. He advanced to third on Ryan Zimmerman’s groundout, but Ian Desmond and Jose Lobaton grounded out, leaving him there.

Arizona was the first to score. Aaron Hill singled to lead off the bottom of the second but was erased when Chris Owings hit into a force out. Owings took second on Jordan Pacheco’s groundout, putting him in position to score on Nick Ahmed’s single. Werth’s throw from left was not accurate, so Owings scored. (Werth was charged with an error, his second and last error of the year.) Hellickson fouled out to end the inning, but Arizona led, 1-0.

Hellickson got the first two outs of the third with little difficulty when Danny Espinosa grounded out and González struck out. But the third out proved elusive. He walked Span and plunked Escobar. That triggered a visit from pitching coach Mike Harkey. It didn’t seem to help: Werth (.185 BA) hit his second homer of the year, into the second deck in center, giving the Nationals a 3-1 lead. Harper popped up to end the frame.

Arizona reclaimed the lead in the bottom of the third. Ender Inciarte singled, Mark Trumbo walked on four pitches. Goldschmidt doubled off the outfield wall, just below the yellow line signifying a home run, scoring Inciarte.

A.J. Pollock grounded out; Trumbo scored to tie the game. Hill grounded to Desmond at short, who missed the ball for an error. Goldschmidt came home for a 4-3 Arizona lead. González issued a two-out walk to Pacheco, even though Pacheco had to make a mid-at-bat trip into the clubhouse to deal with a nosebleed. With Ahmed up to bat, Nationals manager Matt Williams ran out to the mound and gave González an earful. Perhaps that mound visit did help: González struck out Ahmed for the third out.

Zimmerman singled to open the fourth and advanced to third on two groundouts. Arizona chose to intentionally walk Espinosa to pitch to González, who was hitless so far in 2015. That didn’t change – he looked at strike three.

Hellickson collected his third hit of the year3 in the bottom of the fourth but was erased on a double play.

The Nationals threatened again in the fifth. Span singled. Harper worked a two-out walk (his 30th of 2015, leading the league).4 With Zimmerman batting, the Nationals executed a double steal. But it went to waste when Zimmerman fouled out.

Goldschmidt opened the home half of the fifth with a triple. It was his sixth three-hit game of the year. (He kept up that level of production, winning the Silver Slugger and placing second in the MVP voting.) He scored on Pollock’s single. Hill grounded into a double play, erasing Pollock. Owings singled to Desmond, who dropped the ball. (He would have been safe anyway, so Desmond wasn’t charged with an error.) Pacheco flied out to end the inning with Arizona leading, 5-3.

Once Hellickson issued a two-out walk to Espinosa in the top of the sixth, Randall Delgado took over the pitching, with Cliff Pennington in to play third base on a double switch. Tyler Moore pinch-hit for González. Moore’s first career pinch-hit home run bounced off the left-field foul pole, tying the game, 5-5.

Tanner Roark relieved González starting in the bottom of the sixth. but moved to the bullpen due to a logjam of starting pitching.5 After Ahmed struck out and Pennington walked, Inciarte hit a bouncer into the left-field corner that eluded Werth for a double; Pennington stopped at third.

Trumbo popped out, bringing up Goldschmidt. A home run would have completed a natural cycle for him, but the Nationals chose not to take that chance and walked him instead. That decision worked out: Pollock grounded out to end the inning. It took 31 pitches in the sixth, but Roark had held the score.

After Delgado got the first two outs in the seventh, Arizona called on 33-year-old left-hander Oliver “Ollie” Pérez to pitch to Harper. Pérez ran in, jumping over the foul line as usual.

Harper would be the 2015 National League MVP, leading the league and the majors in several statistical categories. One of those categories would be ejections.6 On a 2-and-2 pitch from Pérez, Harper was called out on a checked swing. He yelled at home-plate umpire Rob Drake something to the effect of “Why didn’t you check with the third-base umpire?”

That was enough for an ejection. Williams came out to support Harper and got tossed as well. Michael A. Taylor took Harper’s place in right field and the lineup. Bench coach Randy Knorr took over from Williams.

Roark got two outs in the home half of the seventh, but also allowed singles to Owings and Pacheco. Matt Thornton got the third out, striking out Pennington after a 10-pitch battle.

Side-armer Brad Ziegler pitched the top of the eighth, allowing only a walk to Lobaton.

The game remained tied heading to the bottom of the eighth. Inciarte led off by grounding to short and was safe when Desmond couldn’t handle the ball. That was his second error of the game and 11th of the year.7 Aaron Barrett relieved Thornton. He recorded the first out without a swing of the bat when Inciarte was caught stealing.

After Barrett walked Trumbo, Goldschmidt looked at strike three, losing his last chance for a cycle. But Pollock and pinch-hitter Yasmany Tomás each singled, giving Arizona the lead, 6-5. Owings lined out.

Addison Reed, the Arizona closer, took the mound for the top of the ninth, needing three outs for victory. He hadn’t pitched in either of the blowout games so he was rested.

Knorr sent up pinch-hitter Clint Robinson – who had pitched a scoreless inning in the previous night’s blowout – but Robinson grounded out. Span and Escobar both singled; it was the first time in the game that the Nationals had two hits in the same inning. Werth walked to load the bases.

That brought Taylor to the plate in Harper’s original spot in the lineup. The change appeared advantageous for Arizona. Taylor’s batting average was .257, and this was only his 40th career game, compared with.308 and 392 games for Harper. Oh, and Harper’s 12 home runs led the league. But Harper was out of the game, and Taylor was up.

He took a ball in the dirt, then hit the next pitch squarely. Everyone knew it was gone from the crack of the bat. The ball landed well over the yellow line – just to the left of the camera area in the batter’s eye. It was his first grand slam8 and only his fourth career homer.

There was much celebrating in the visitors dugout. Harper later acknowledged how Taylor had stepped up in his place, saying he owed him a steak dinner.9 Zimmerman struck out and Desmond lined out, but the Nationals had the lead, 9-6. The fans booed as the Diamondbacks left the field.

Now it was the Nationals closer’s turn to preserve the win. Drew Storen recorded three strikeouts on 13 pitches and the game was over. Although Barrett had allowed the go-ahead run in the eighth, he was the pitcher of record when the Nationals took the lead, so he was credited with the win.10

In addition to Baseball Reference, Retrosheet, and the sources cited in the Notes, the author reviewed the broadcast on YouTube.

1 Per the Arizona TV broadcasters, it was 94 on the field.

4 He finished second in the league with 124 walks (15 intentional) to Joey Votto’s 143 (also 15 intentional). The major-league leader in intentional walks was playing first base: Goldschmidt led with 29.

8 It would not be his last. Through his career in Washington, he developed a reputation for coming through in clutch situations. Scott Allen, “Michael A. Taylor’s best moments with the Nats came in the biggest games,” washingtonpost.com, October 16, 2020. washingtonpost.com/sports/2020/10/16/michael-a-taylor-nationals-highlights/. Retrieved December 5, 2020.

10 Yet another example of why won-lost records are meaningless for relievers.